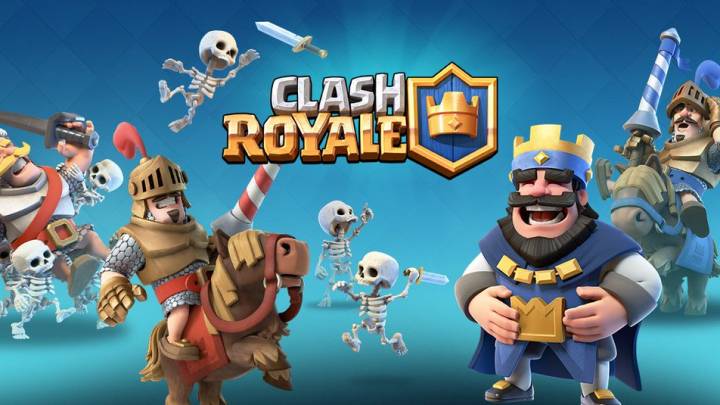 I’m not sure what I expected when I downloaded Clash Royale last week. Did I think it’d be so bad that I’d have no choice but to delete it? Did I think that Supercell would have completely changed its formula, despite the fact that Clash of Clans is one of the most successful experiments in the history of mobile gaming?

Whatever my expectations were, Clash Royale immediately exceeded them. At least until it forced me to stop playing.

If you haven’t visited the App Store recently (which is currently plastered with ads for the game), you might not know much about Supercell’s latest game. Clash Royale is a collectible card game that incorporates elements of the tower defense genre in order to liven up the battles and bring the cards to life.

This video should help illuminate some of the basics of the game:

Battling and defeating other players rewards you with chests, which contain gold and a random assortment of cards. One of the most clever elements of Clash Royale is the way that card collection works. The first time you come upon a card in a chest, the card is added to your collection. Once you own the card, any duplicate copies of it can be used to upgrade its stats, which costs gold.

That’s where the in-app purchases come into play.

Having spent several hours with the game, I haven’t felt the need to spend any money on gold, but as the upgrades become increasingly expensive from level to level, I could see myself getting stuck in the near future.

All in all, the upgrade process feels like a cash grab, but simultaneously adds a fun RPG twist to the standard card game experience.

Where the game becomes truly offensive is when it asks you to wait around for hours on end. As I mentioned before, winning a match will give you a chest. Here’s the thing: you can’t open chest right away. Instead, clicking the chest starts an unlock timer, which has to count all the way down before you can open it.

Most wins will reward a silver chest. These take three hours to unlock. Gold chests take eight hours and I’ve seen other chests take up to twelve. As if that weren’t bad enough, you can only unlock one chest at a time, so unless you want to spend gems (the game’s premium currency) to speed up the unlocking process, you’re going to have to wait hours before you can unlock another chest.

Incredibly, it gets even worse. You can only hold four chests at a time. Once you’ve filled up your four chest slots, there’s no longer any reason to continue playing. String together a bunch of wins and you might find yourself ranking up beyond what your deck can handle. But guess what? It’s gonna be hours before you receive any cards, a majority of which will likely only take you part of the way toward an upgrade.

I’m not upset with Supercell for pushing the limits of frustration in order to push antsy players into spending a few bucks here and there, it’s just that we’ve already seen a free-to-play card game from a popular developer make oodles of money without putting up insane hurdles for players to jump over in Hearthstone.

Clash Royale is a genuinely fun game. The battles are quick and fun, but require some strategy on the part of the player. Even when I’ve felt overmatched, I’ve managed to turn games around and pull out unexpected wins just because I played the right cards in the right spots at the right times.

Now I’m going to get back to work because I have another hour and thirteen minutes before I can open this silver chest taking up one of my chest slots.