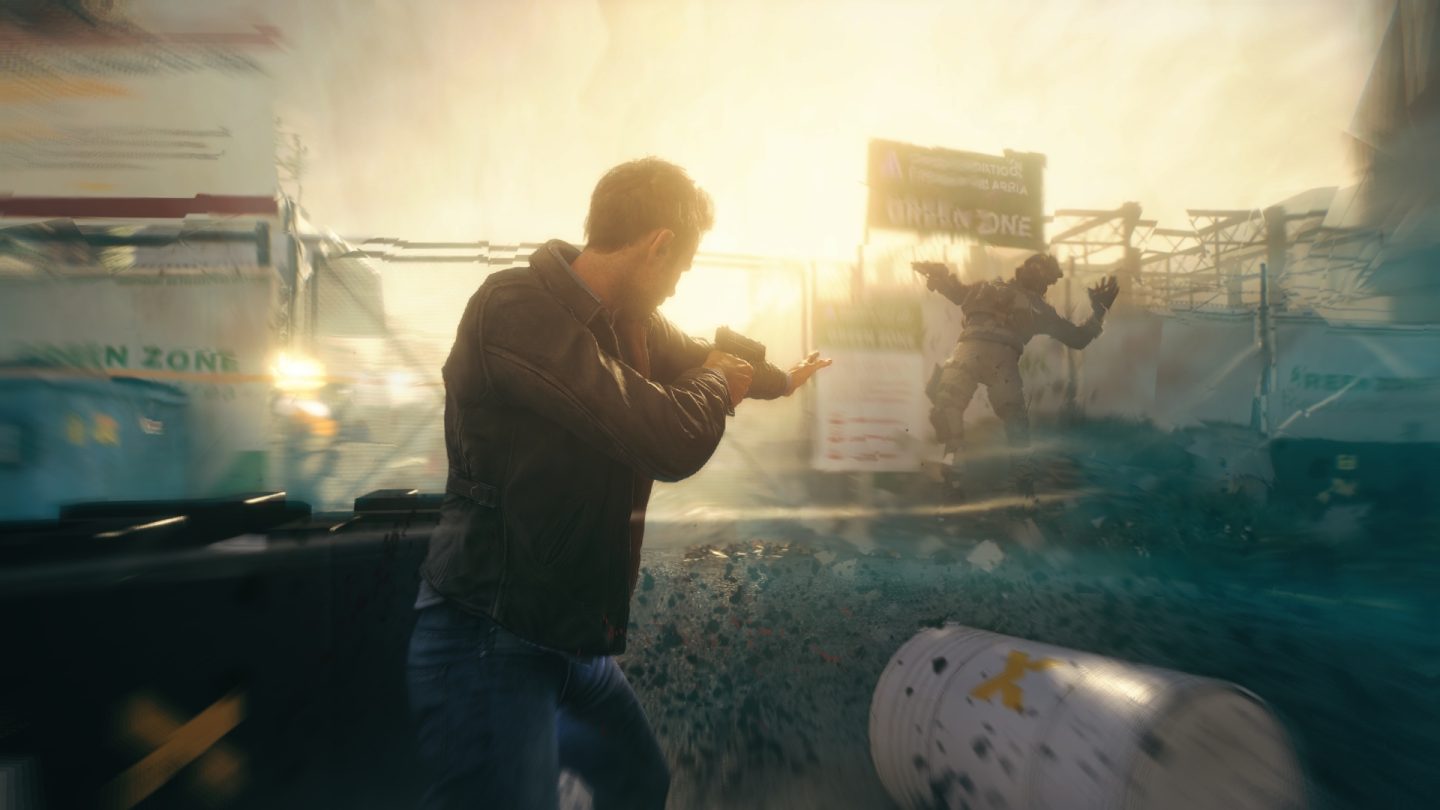 From the moment I laid eyes on Quantum Break, I wasn’t sure what to think about it. I knew that its creators had a great pedigree, but I couldn’t fathom how Remedy Entertainment was going to overcome to countless issues that other equally ambitious teams have tried and failed to work through in the past.

Many of the greatest games of recent years have been laser-focused. That focus may have been on story, on gameplay, on visuals or something else entirely, but they were focused. I think back to the brilliant puzzles of Portal, the awe-inspiring boss battles in Shadow of the Colossus and the joy of racing through the world of Forza Horizon 2.

What’s crazy about Quantum Break is that it isn’t doing just one thing really well. It’s a full-fledged, live-action show, an engaging third-person shooter and an engrossing drama all at once. And I think it might actually work.

READ MORE: Xbox One hardware upgrades could extend the life of Microsoft’s console

At a demo in Manhattan this week, I had a chance to get my hands on Quantum Break for the first time. We had a chance to jump right into the opening of the first act, in which Jack Joyce (the main character and protagonist) is on his way to meet up with an old college buddy by the name of Paul Serene.

Paul, unbeknownst to Jack, has built a time machine. Jack is the only person that Paul trusts to help him activate the machine. Paul promises Jack that the machine is in perfect working order and that nothing could go wrong.

Then something goes wrong.

Paul and Jack cause a catastrophic break in the time stream and both of them end up being gifted with time manipulation powers, which Jack must then use to escape the collapsing science building as armed forces attempt to find and kill him.

There are plenty of other pertinent details that you need to know to follow the story, but I’ll go into greater detail in the video below:

So that’s Act 1 (or most of it anyway). On the surface, Quantum Break is a competent enough shooter, but once you begin to discover the depth of the powers bestowed upon Jack, the gameplay takes on a second life. Even after spending nearly two hours with the game, I still didn’t feel like I was using the powers as often as I should, which just made me want to jump back in and experiment some more.

But before I could jump back into the game, it was time to watch a 20-minute long episode of a show. I expected to be more taken off guard than I was, but the show fit seamlessly into the narrative, and the character models in the game were detailed and expressive enough that I knew exactly who was who when they suddenly came to life in live-action.

The first episode of the show follows the employees of Monarch Solutions, the shadowy organization that Paul Serene founded. Although the focus appears to be on the periphery characters, there’s no question that the story of the show is vital to that of the game. Once you watch the first episode, you won’t be able to separate the two.

I won’t spoil any of the plot points, but needless to say, I was completely invested in the show. This isn’t Game of Thrones or Breaking Bad, but it’s not trying to be. It’s an element of an enormous project the likes of which we’ve never seen before.

Once the episode ended, I was dropped right back into the game. In fact, the cutscene that opened the next chapter actually took place during one of the scenes I’d watched in the first episode of the show, giving me a chance to see Jack’s perspective while two other characters battled outside of a van he’d been locked in.

The next section was similar to the first — shooting bad guys, solving puzzles with time powers, exchanging dialog with characters I met along the way — but with his brother dead, Jack was on a mission: find Serene.

Near the end of the playable portion, I ran into strikers for the first time. Unlike anyone else I’d faced up to that point, strikers seemed to have some of the same abilities as Jack. They would zip from one side of the room to the next, which made tracking them especially difficult. Thankfully, time powers still work on them (and I was playing on easy mode), so I made it through mostly unscathed.

Coming out of the preview event, Quantum Break has shot up near the top of my personal most anticipated games of 2016 list. I want to know how the story plays out, I want to learn how to use the powers more effectively and I’m kind of in between shows at the moment, so I could really use a compelling TV series too.

Quantum Break will be available for Xbox One and PC on April 5th.