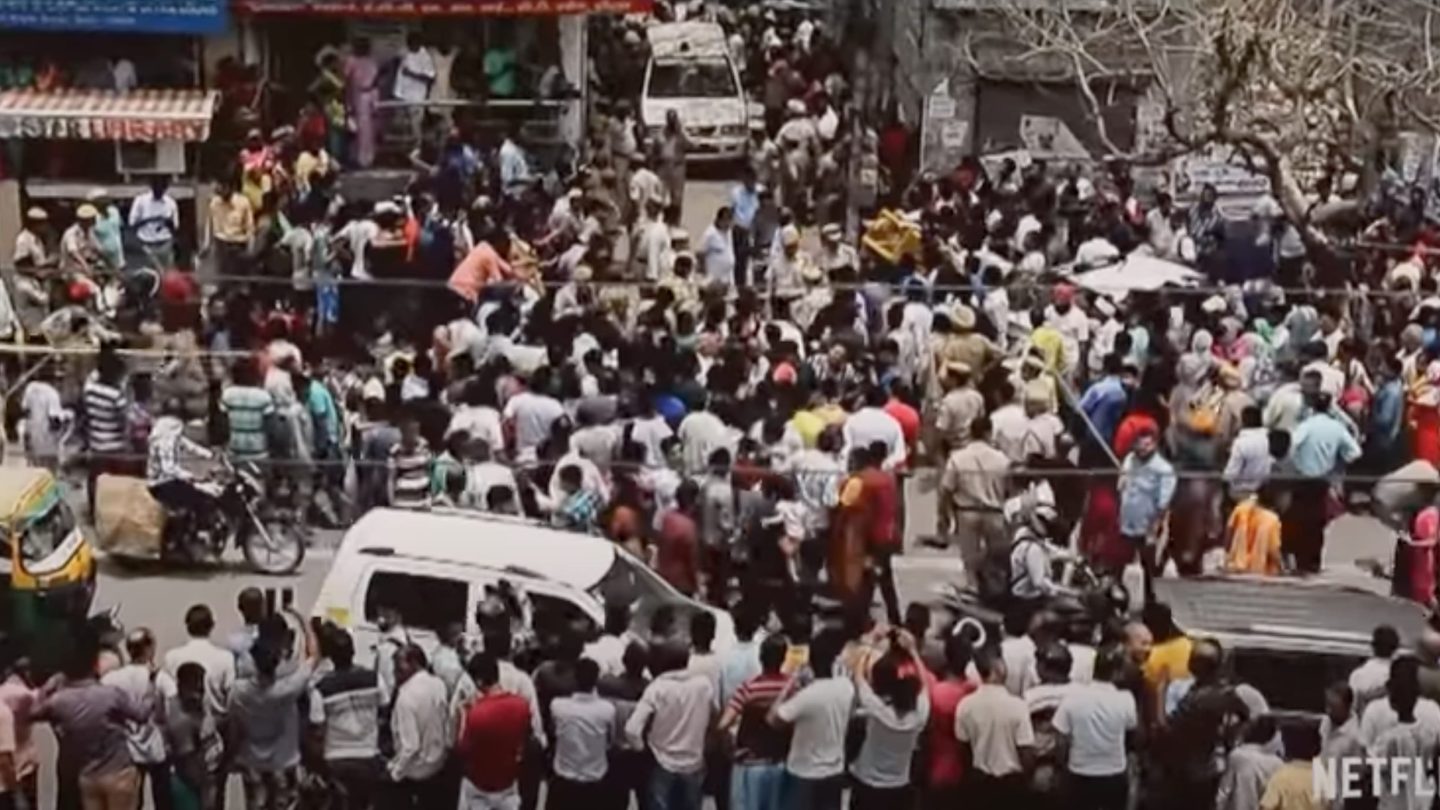 Three generations, 11 people, living under the same roof in the Burari section of Delhi. Three generations of people, all of whom seem to have committed suicide. “Obviously,” a very stern, bespectacled man tells the camera during the trailer for the chilling new Netflix docuseries House of Secrets: The Burari Deaths, “some things went clearly very, very wrong.”

This lays the groundwork for the newly released Netflix limited series, which consists of three episodes of a little more than 40 minutes each. “Suicide, murder … or something else?” reads the official Netflix synopsis for the project. “This docuseries examines chilling truths and theories around the deaths of 11 members of a Delhi family.”

Now streaming on Netflix — House of Secrets: The Burari Deaths

What I can appreciate about the series, not being much of a true crime aficionado, is that the whole thing is pretty straightforward. The crime is truly horrifying. All 11 members of this family are dead. The details are gruesome. But we start there. Those facts are not in question. The thing that caused this tragedy to shock and whip the nation into a bit of a media-fueled frenzy over it all is the number — as well as the uncertainty about whether these were murders or not.

#HouseofSecrets "The Burari Deaths"; this theories behind the horrifying deaths of 11 members of a family urges you to think how educated people can be manipulated to have blind faith in religion, superstitious, supernatural things and pyschology. Kudos to director @leenayadav<3 pic.twitter.com/xcwe4rafiM

This is not, by the way, the only new true-crime project out of India to get added to Netflix in recent days.

As we wrote about just a few days ago, another recent addition to the streamer along these same lines is the docuseries Crime Stories: India Detectives. Netflix’s official synopsis of that series reads as follows. “With unprecedented access to the Bengaluru City Police, this gripping series follows major criminal investigations,” Netflix explains. From the moment that victims report a crime through to the capture of the suspects. “From murder to kidnap to extortion, each film tracks a shocking and compelling case in the heart of India’s Silicon Valley.

House of Secrets, however, differs in that it keeps its focus on one grisly tragedy. Which may or may not have even been a crime, and is something the police have to figure out.

Each of the three episodes has “11” in the title, in some form or fashion. Below, you’ll find each title as well as the summary from Netflix.