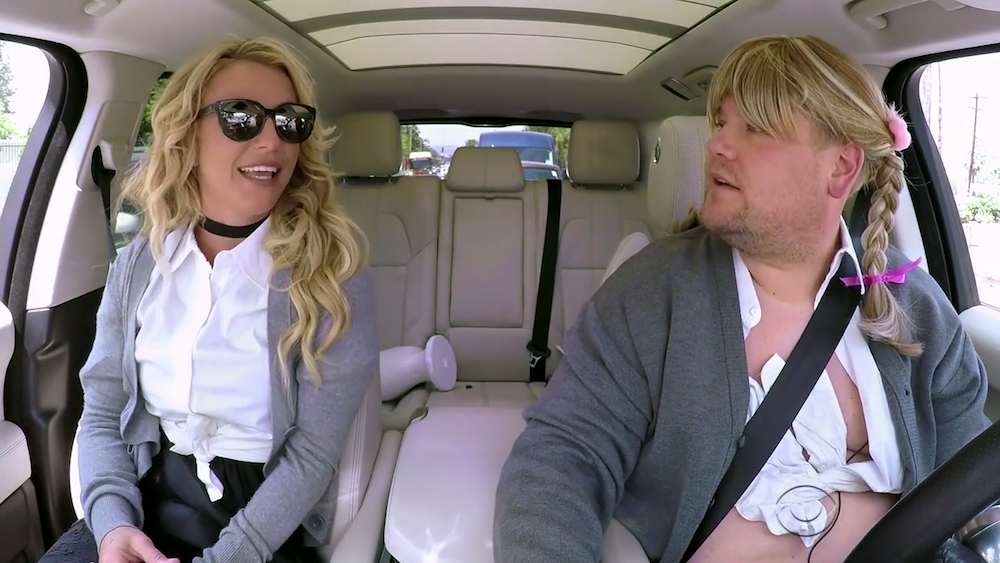 If there is a viral late night talk show segment more consistent than Carpool Karaoke, I haven’t seen it. Month in and month out, Late Late Show host James Corden continues to send the internet into a frenzy with his latest celebrity guest, from artists such as Gwen Stefani and Adele to First Lady Michelle Obama.

This week’s guest: Britney Spears. Although each and every one of the guests has been greeted with a great deal of enthusiasm, Britney Spears brings more nostalgia with her than anyone who has ever appeared on the segment before.

Speaking of which, you won’t be surprised to see which song gets picked first:

Along with singing all of Britney’s chart-topping hits of the ’90s and 2000s, Corden also takes some time to ask Spears about her life. The former (and potential future) pop star has had her fair share of ups and downs, so if you have any interest at all in what exactly Spears has been up to, you should check out the video.

Glory, the latest album from Britney Spears, is available now.