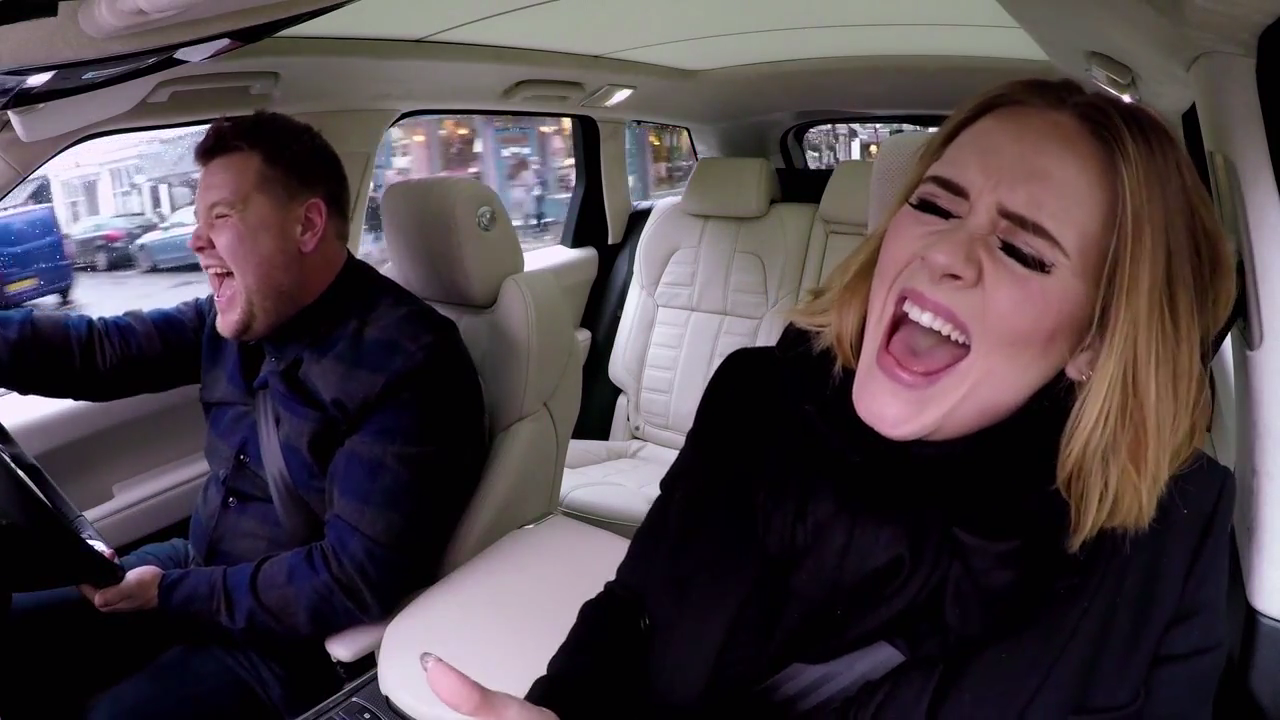 In an increasingly crowded world of late night television, it’s becoming difficult to make a sketch or an interview go viral. After all, you’re competing with Jimmy Fallon’s Tonight Show, which has cornered the market when it comes to bringing out the best in celebrities. But James Corden has struck a chord (excuse the pun) with his Carpool Karaoke segment.

Earlier this week, The Late Late Show shared a clip of Corden and Adele belting out hit singles ‘Hello’ and ‘Rolling in the Deep,’ but on Wednesday, the full 15 minute segment made its way on to YouTube.

Whether you’re a fan of the artist or not, Carpool Karaoke is consistently entertaining, and gives us a chance to see some of the most popular singers on the planet in a more natural environment. And it doesn’t hurt that James Corden has a pretty decent voice as well, as he proves by providing the harmony (and impressing Adele).

Adele’s highlights from this week’s installment include chugging tea, admitting that she “got drunk three nights in a row recently” and rapping along to Nicki Minaj’s ‘Monster’ like it was actually written for her. Oh, and there’s a discussion about an Adele squad that could take down Taylor Swift’s squad.

You can watch the full segment from The Late Late Show below: