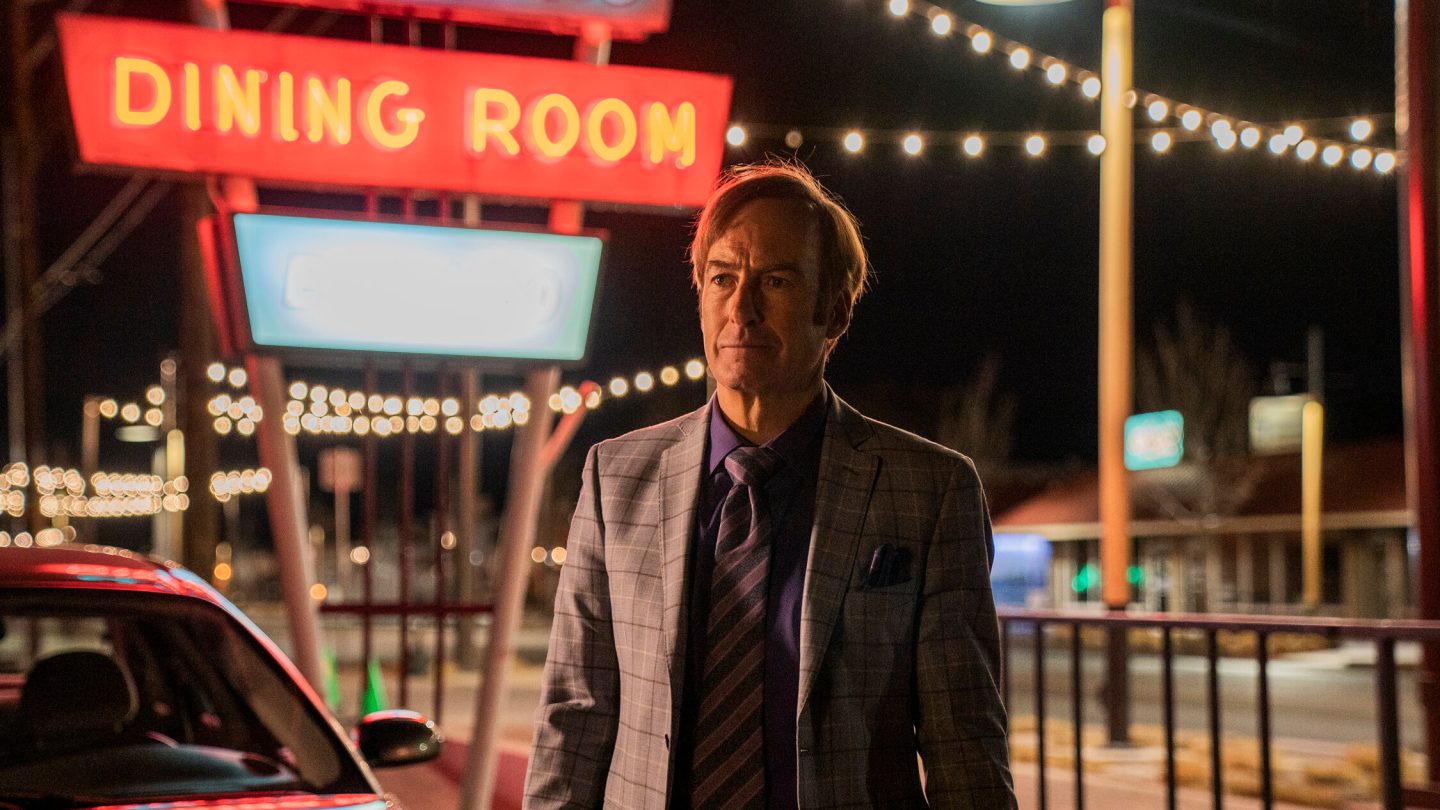 In the pantheon of Breaking Bad/Better Call Saul episodes, this one will go down as an all-time classic. Largely for the devastating death scene at the end — which we’ll come to.

The narrative in Episode 3 (titled Rock and Hard Place) of Better Call Saul’s split-in-half sixth and final season takes us almost to the halfway mark of part one. Among other things, we get plenty of time with “Saul” himself as well as Kim Wexler, who is edging ever closer to the dark side. To the point that, when she confronts Jimmy with the inevitable outcome of a particular choice he’s made, and you think she might be about to warn him away from its implications, she asks Jimmy a question laced with coldness and foreboding:

Does he want to be a friend to the cartel, or a rat?

For me, though, the Jimmy-Kim events were the sideshow in this episode. Nacho Varga, of course, is still on the run, after playing a key role in the attempted hit on Lalo Salamanca at the end of last season.

Michael Mando, the actor who’s played Varga with a quiet intensity throughout this series, deserves a lot of the credit for why this particular episode is so memorable. As does Gordon Smith, the writer who penned it.

To quickly summarize the meat of the episode: Varga, through Mike Ehrmantraut, makes contact with Gus Fring — the cartel’s man in the north, who used Varga to sic the hitmen on Salamanca. Varga quickly comes to the chilling conclusion that he was never meant to survive the debacle south of the border. That, indeed, it’s better for Fring if Varga is dead and can’t be tortured into confessing that Fring was who set all this in motion.

Fring’s goons deliver Varga to safety, after the latter had to survive a shootout and near-capture. Salamanca’s men, needless to say, had been scouring the earth looking for Varga.

“You are going to die today”

But then, the sober realization.

It’s a Phyrric victory, with Varga ultimately realizing that the only way this works out for everyone is for him to die. He makes peace with that reality, though, on one condition:

That Fring doesn’t touch his father.

This, you’ll remember, was the pressure point that Fring used in the first place in order to rope Varga into undermining Salamanca. And it leads to one of those father-son phone calls, between Varga and his old man, where nothing is said but everything is said. Fighting back tears, Varga tells his father he’s just calling to check on him. (Remember, Varga already knows that he’s laying down his life for his father.)

They make small talk. His father tells him he’s got a lot of work to do. He can hear that something is bothering Varga, so he reminds him of what he’s told him before. That if he wants to get out of the game, he should go to the police. Eventually, they say their goodbyes after the father’s heartbreaking line: “What else is there to say?”

There are good deaths and there are bad deaths

What else to say, indeed. Varga is shown eating what we assume to be a last meal, as Ehrmantraut stands over him. “When?” Varga asks.

Another of Fring’s henchmen enters, and takes a little bit too much pleasure in declaring that Varga doesn’t look beaten up enough for what’s about to happen. Ehrmantraut glumly volunteers to take care of it. Fast forward to tomorrow. A gathering in the desert. Hector Salamanca in his wheelchair, his twin nephews on either side. Cartel leader Don Eladio’s consigliere Juan Bolsa stands in front of them, waiting.

Ehrmantraut takes up an overwatch position with a sniper rifle, in case anything goes south. The charade: Fring has supposedly found Varga, and is turning him over to the Salamancas. They’ll ask him some obvious questions, then kill him.

Fring’s van pulls up, and his two goons pull out a restrained, bloodied Varga. He’s thrown to his knees in front of Bolsa. “You are going to die today,” Bolsa tells him, matter-of-factly.

Varga plays his part. Recites the made-up story about someone else (not Fring) putting him up to all this. Hector doesn’t bite, at first. He points a finger wordlessly at Fring. But then Varga dials it up to 11, cursing Salamanca and admitting that it is Varga himself who put Hector in the wheelchair in the first place, thanks to switching out his medicine. Mando is a picture of visceral fury when he growls, “It was ME.”

One of the most dramatic Better Call Saul endings

According to Fring’s plan, Varga was supposed to try and make a break for it at this point, and then get shot down. He breaks free of his bonds, instead, grabs Bolsa’s gun and shoots himself.

The episode ends with the nephews carrying Hector’s chair over to Varga’s lifeless body. They hand their uncle a gun, so he can add a few bullets into the corpse.

The screen goes dark, as the clap of gunshots keeps ringing out.