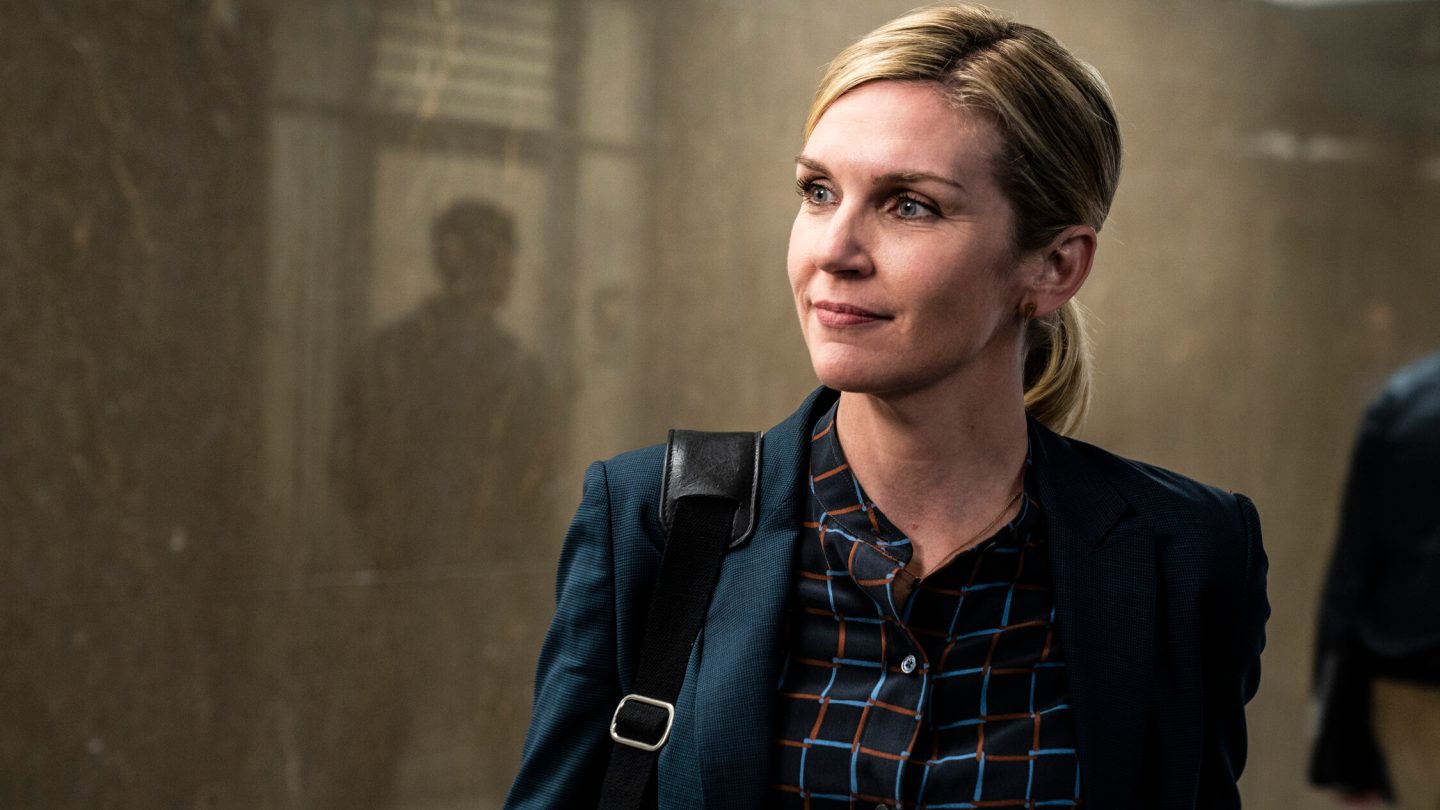 The trap is set.

Salamanca shows up? He goes down.

Better Call Saul’s mid-season finale that aired on Monday night, titled “Plan and Execution,” was many things. It was the beginning of the end for the show, as the episode served to tee up a final run of episodes returning in July that will finish connecting this prequel to the events of Breaking Bad. The second half of Season 6, Episode 7’s title, meanwhile, not only referred to the consummation of Jimmy and Kim’s scam to undermine the Sandpiper mediation. It also delivered a coy reference to a literal execution.

It was an execution committed by the hand of Lalo Salamanca. Don’t worry, though. We’ll save the identity of the major character that Lalo shoots in the head until the end of this piece. But consider this your obligatory spoiler warning.

More than anything, tonight’s episode reaffirms something I’ve felt about Better Call Saul for a while now: I actually think it’s a much better show than Breaking Bad. That said, let’s get into tonight’s action.

In keeping with Better Call Saul’s deliberate and novelistic pace of storytelling, the wordless intro of “Plan and Execution” quickly made the stakes of the episode clear. It opened on a shot of a deserted street at night, a manhole cover sliding to the left, the clang of a crowbar hitting the ground, and an obscured male figure emerging from below. He tugs the manhole cover back into place.

The man has supplies, and he’s clearly operating according to a specific purpose. The show wastes no time in letting his face come into view.

Now, if you’re caught up, it probably shouldn’t take you any amount of time at all to ask and answer the question of … what might Lalo be doing underground? More specifically, what might he be looking for?

Just before the show’s opening title sequence, we see Lalo peering through his binoculars. He’s looking out from a sewer grate, like some sort of cartel edition Pennywise. The camera pans slowly across the street to reveal — Lavanderia Brillante. Gus Fring’s laundry business.

The one with the Superlab underground.

Cut to Jimmy and Kim, frantically putting the finishing touches on their scheme. They’ve found someone to impersonate the judge who’s leading the Sandpiper mediation. They set up a photo shoot where it looks like Jimmy is paying off the judge.

Jimmy puts those photos into the hands of … the private investigator that Howard Hamlin hired in the previous episode to follow Jimmy.

Howard, who’d correctly sensed that Jimmy was up to his usual mischief, comes face-to-face with that judge during the multimillion-dollar mediation that finally unfolds during this episode. And, just as Jimmy and Kim hoped, Howard flips out. They’ve dialed into the mediation conference line, and as it becomes clear to them that Howard took the bait in a major way, they start getting hot and heavy in the background as the mediation continues (Jimmy and Kim dialed the conference line and listened in via speakerphone).

The beginning of the end for Better Call Saul

Where this episode really takes off is in the back half.

Lalo, while still surveilling the laundry business from his subterranean hideout, decides to record a video to send to Don Eladio. Explaining what he’s doing, and why, so that the cartel boss won’t just think Lalo is going after Fring on a whim.

Right before he swings into action, though, Lalo decides to quickly call his uncle Hector. Just like he did earlier this season. As the nurse in the care home is trying to put the call through to Lalo’s wheelchair-bound uncle, however, some scratches are heard on the line.

Moreover, this means that, now, Lalo knows that Gus knows he’s still alive — and that he survived the attempted hit from last season. (Of course, if we’re splitting hairs here, Gus doesn’t know without a shadow of a doubt that Lalo is alive. He just really, really believes he is.)

As Lalo’s eyes dart around in recognition, he angrily hangs up. Knowing that Gus will be listening, he then decides to call his uncle back anyway. He gives Hector a cryptic message — that he’s switching back to “Plan A.” He abruptly hangs up, as Hector is dinging the little bell attached to his wheelchair.

Is Hector trying to warn Lalo about something?

And what does “Plan A” entail?

That brings us to the denouement. Mike Ehrmantraut pulls Gus aside as the latter is doing a photo op — donating money on behalf of Los Pollos Hermanos to a local youth organization. Mike plays Gus a recording of the message that Lalo gave to Hector. The plan is to get Gus to his safe house as fast as possible, and to trick Lalo into thinking that Gus is alone. “The trap is set,” Mike icily tells Gus. “Salamanca shows up? He goes down.”

Only … we’ll have to wait another month or so for that showdown, the one that Better Call Saul’s sixth and final season has hinted is coming for weeks now. That’s because we got a very different confrontation in the final moments of this episode.

Howard turns up at Jimmy and Kim’s place to berate them for making him look bad during the mediation. After a few moments of that? Jimmy and Kim gasp, recoiling in horror.

There, just over Howard’s shoulder, stands Lalo. I’m just here to talk to my lawyer, he deadpans, with that shit-eating grin. As he screws a silencer onto his gun.

He only needs to talk to Jimmy and Kim, though. Not Howard.

Howard bangs his head on the table. He collapses to the floor.