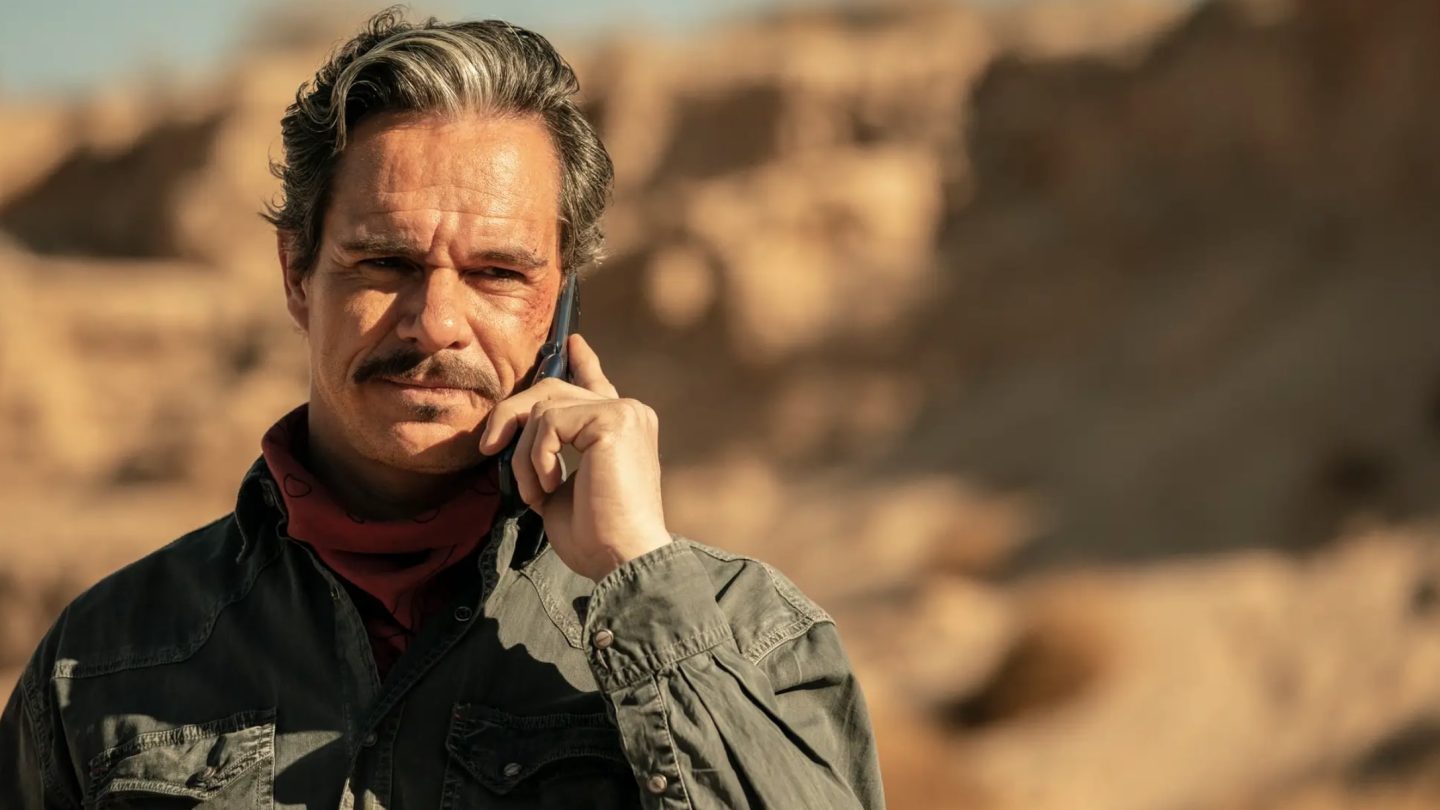 The last we saw of Lalo Salamanca in what’s been a fantastic Better Call Saul Season 6 so far, he was riding in the back of a pickup truck along a dusty road, a bandana obscuring part of his face. His arms were crossed as he sat motionless, staring into the distance, clearly intent on getting to the bottom of why Gus Fring, the Salamanca cartel’s man in the north, tried to have him murdered at the end of last season.

Our last sighting of Lalo came after he’d started to hitch a ride with some migrants, who’d paid a group of smugglers to sneak them into the US. Right before he was about to join the migrants in the back of the truck, though, Lalo stopped himself. He decided to quickly call his uncle, Hector — who, as we all know by now, is confined to a wheelchair after suffering a stroke and can’t speak. He communicates, instead, by tapping a bell attached to his wheelchair.

Lalo Salamanca is hunting for proof

Lalo calls his uncle. He lets him know he’s alive, and that the hit failed.

“Uncle? Can you hear me? Do you know my voice?”

“They told you about the attack, didn’t they? … Let them keep believing I’m dead. So much the better.”

It was the chicken man, Lalo continues. A clear reference to Fring, the owner of Los Pollos Hermanos. “I’m coming north. I’m going to hurt him. Hurt him like you taught me.”

Lalo asks his uncle if he has an idea. (another ding). At that point, Lalo patiently starts reciting each letter of the alphabet. Hector taps his bell after each letter that spells out the word “prueba.”

“Uncle, I don’t have any proof. For months, I was in the north watching him, following his men. There was nothing.”

And then … Lalo’s face changes. He’s had an idea.

Here’s a hint that fans have seized on

Better Call Saul series co-creator Peter Gould dropped a big clue about all this in an interview with Entertainment Weekly. “If fans watched the beginning of last season carefully, Lalo (was) making a bunch of phone calls and trying to understand what … Werner Ziegler was building for Gustavo Fring. And that would be a — definitely, a vulnerability for the Fring organization.

“He needs some kind of proof that Gus is plotting against the cartel. Otherwise, killing him while he’s making big bucks for Don Eladio is going to be a problem for the Salamanca family.”

Ziegler, remember, wandered off during the show’s prior season while Fring had enlisted the German and his crew to build an underground “superlab.” Mike Ehrmantraut eventually caught up with the homesick German, but not before Lalo managed to get Ziegler on the phone and listened to him cough up some intriguing details that Lalo couldn’t yet make sense of.

Like, who is Mike? And what does “the south wall” being under construction for Fring refer to? Mike eventually executes Ziegler on Fring’s orders, but it would seem that Lalo has not forgotten the soft-spoken German.

“Oh yeah! For sure he is snooping around (Werner) Ziegler,” a commenter on a Better Call Saul Reddit thread about this topic speculated. Lalo “was really obsessed with it before he got sidetracked by being arrested and the whole Jorge de Guzman thing. It makes the most (sense) … the jackpot of proof that Gus is against the cartel.”

Where can I watch Better Call Saul Season 6?

The last time we saw Lalo was in the April 18 episode of Better Call Saul. Will we see him again this week, and finally get a sense of what he’s up to?

An all-new Better Call Saul episode airs tonight, on May 9, the fifth of seven episodes in this first half of Season 6. Part two of the season will come later this summer, starting July 11. Meanwhile, fans can watch the show on TV when it airs, on AMC, or stream it via the AMC Plus streaming service.

Better Call Saul episodes are also available the day after their broadcast, via video on demand.