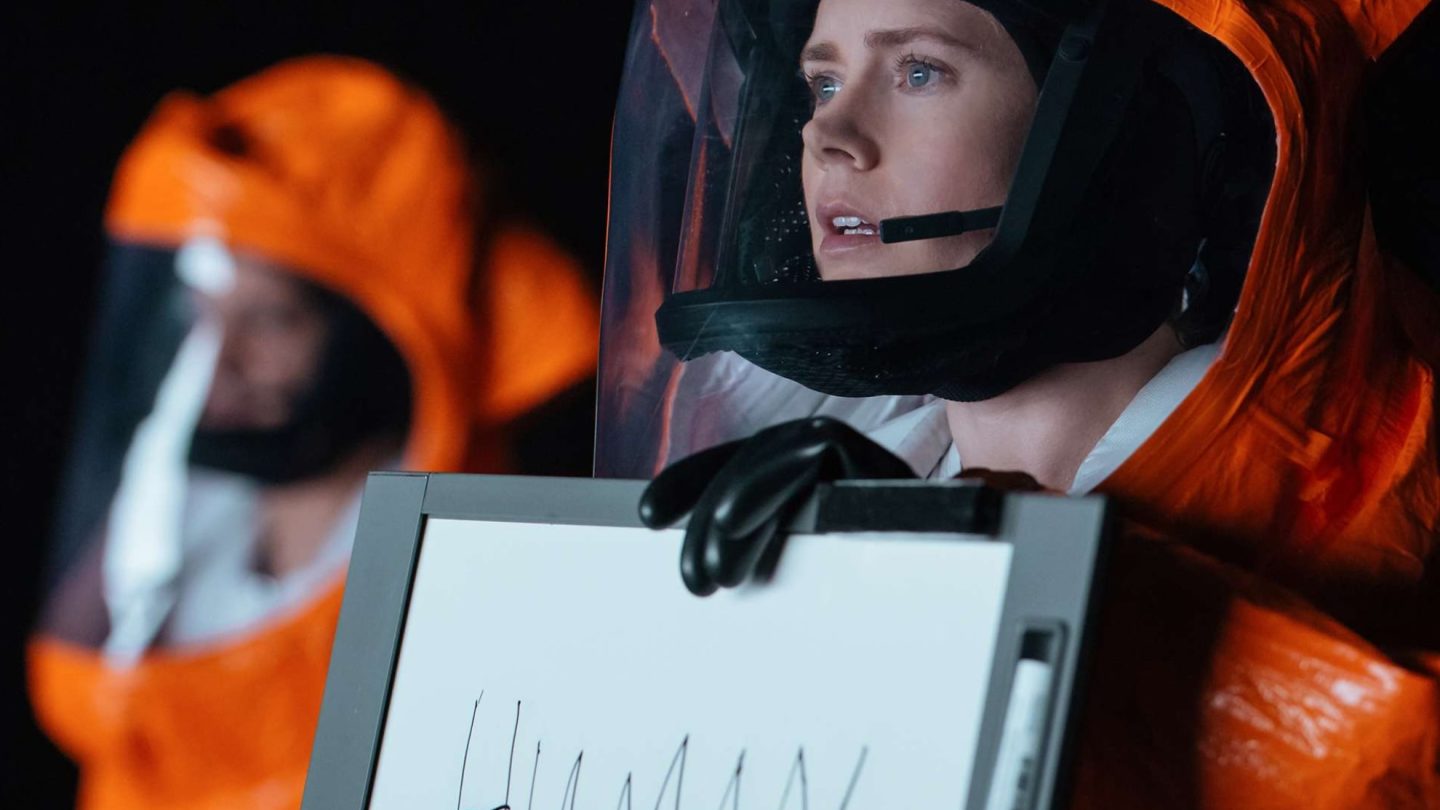 Maybe it’s partly because of the coronavirus pandemic, but a good chunk of my TV- and movie-watching at the moment has tended to involve sci-fi fare, including everything from time-travel narratives to explorations of space and really anything that depicts scientists in a race-against-time struggle to save humanity or stop some gathering storm. To that end, for example, I’ve just started watching season two of the criminally underrated + series For All Mankind, from creator Ron Moore and which presents an alternate history of the space race between the US and the Soviet Union. In this one, the US actually lost the space race, and we get to watch the effects of that build over time — such as the US steering much more funding and resources to NASA in an effort to catch up. A more fully funded NASA, imagine that!

On the film side of things, one of the best sci-fi movies I’ve seen in years is 2016’s Arrival, which I bring up not only because of Amy Adams’ fantastic performance and the way the movie plays with the idea of extraterrestrial contact (the aliens come to actually help us this time!). I’d also never heard of the Sapir-Whorf hypothesis until watching Arrival — basically, it’s the idea that the language you speak dictates how you experience and understand the world. Long story short, though, Arrival is also now available to stream for free, via IMDb TV.

In case you haven’t heard of or used this particular streaming service before, it’s a free, ad-supported streamer available in the US via the IMDb app, the IMDb website, Amazon Fire TV, LG devices, Roku devices, Xbox One and Series S/X, PlayStation 4, Android TV, and the Video app. You can use the service to watch hit TV shows and movies, all without purchasing a subscription.

Arrival is one of the many great movies you can check out via the service. The film, Vox wrote back in November 2016, offers viewers “a stunning science fiction movie with deep implications for today.” Something that’s even truer now, I’d argue, while we’re in the midst of a pandemic.

Speaking of great sci-fi movies, meanwhile, here are some recommendations of four more to check out, as well as where you can stream them. In no particular order:

After you’ve finished Arrival, why not check this one out from the same director, Denis Villeneuve? It came out the year after Arrival, to similar acclaim and buzz:

I’m a huge Christopher Nolan fan, and I’ve defended last year’s Tenet until I’m blue in the face. I’m a sucker for a movie that plays around with time-travel elements — not that Tenet is about time travel per se, but it has a lot of fun with elements of the genre like branching timelines, the grandfather paradox, and the multiverse. The film is a bit of a lightning rod in the Nolan canon, one that left many viewers a bit befuddled at the complexity, while one of the director’s earlier films (like 2010’s Inception) is a much more palatable and visually trippy experience.

The long-awaited fourth installment of the Matrix franchise is finally coming to theaters (and will drop the same day on ) in December. Directed by co-creator Lana Wachowski, the new Matrix title will feature members of the original cast including Keanu Reeves, along with some new faces, and it’s currently set to be released on December 22. Check out some of our earlier coverage of the sequel’s insane, stunt-heavy shoots in the US just before the pandemic hit, and then revisit the original Matrix title that started it all, which is available to stream now on .

If you love science fiction narratives involving robots and the implications of how artificial intelligence will impact the human race, this film from director Alex Garland (who also wrote and directed the FX on Hulu miniseries Devs) will blow your mind. Alicia Vikander gives an especially memorable performance as a beautiful yet creepy robot.