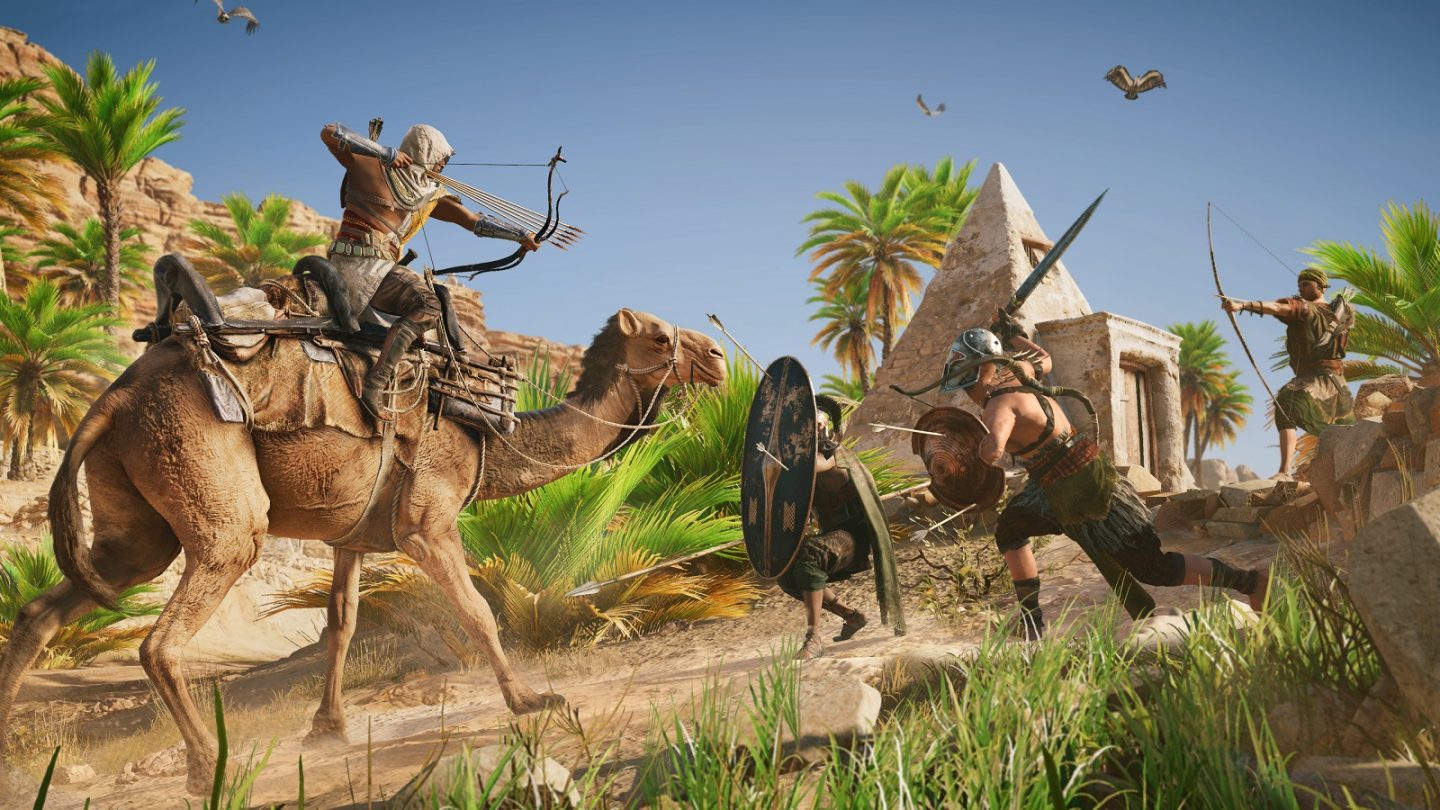 Following a lackluster response to Assassin’s Creed Syndicate in 2015, publisher Ubisoft announced that it would take a year off of the core series for the first time in a decade to regroup. It seems to have been the right decision, as Assassin’s Creed Origins was well-received when it hit PS4, Xbox One and PC last year. Naturally, speculation about the next game began almost immediately, but Ubisoft has yet to say anything concrete about it.

Unfortunately for Ubisoft, the surprise may have been spoiled yet again, as French video game site JeuxVideo-Live shared a photo of a keychain on Thursday that features branding for an unannounced game titled Assassin’s Creed Odyssey. The style of the accessory seems to indicate the next game will take place in Greece.

Assassin’s Creed has been the subject of some of the most frequent (and occasionally abstract) leaks of any major video game franchise over the past several years, so we’re immediately inclined to believe this is legitimate. Backing up the report is Kotaku’s own Jason Schreier, who has been responsible for much of the leaked information (much of which has been accurate). He claims that Kotaku’s sources have confirmed that Greece will be the locale.

In addition to the title and the destination, Kotaku’s sources also reveal that Odyssey will push Origins’ added RPG elements even further, bringing dialogue options to the series for the first time, as well as allowing players to choose between a male and a female protagonist. Bayek and Aya, the heroes of Origins, aren’t expected to return.

Assassin’s Creed Odyssey has yet to be dated, but the sources expect it to arrive in Ubisoft’s 2019 fiscal year, which ends on March 31st, 2019. Unless Ubisoft breaks from tradition and waits until early next year to release it, chances are that we will see Odyssey at E3 2018 this year ahead of a fall 2018 launch.