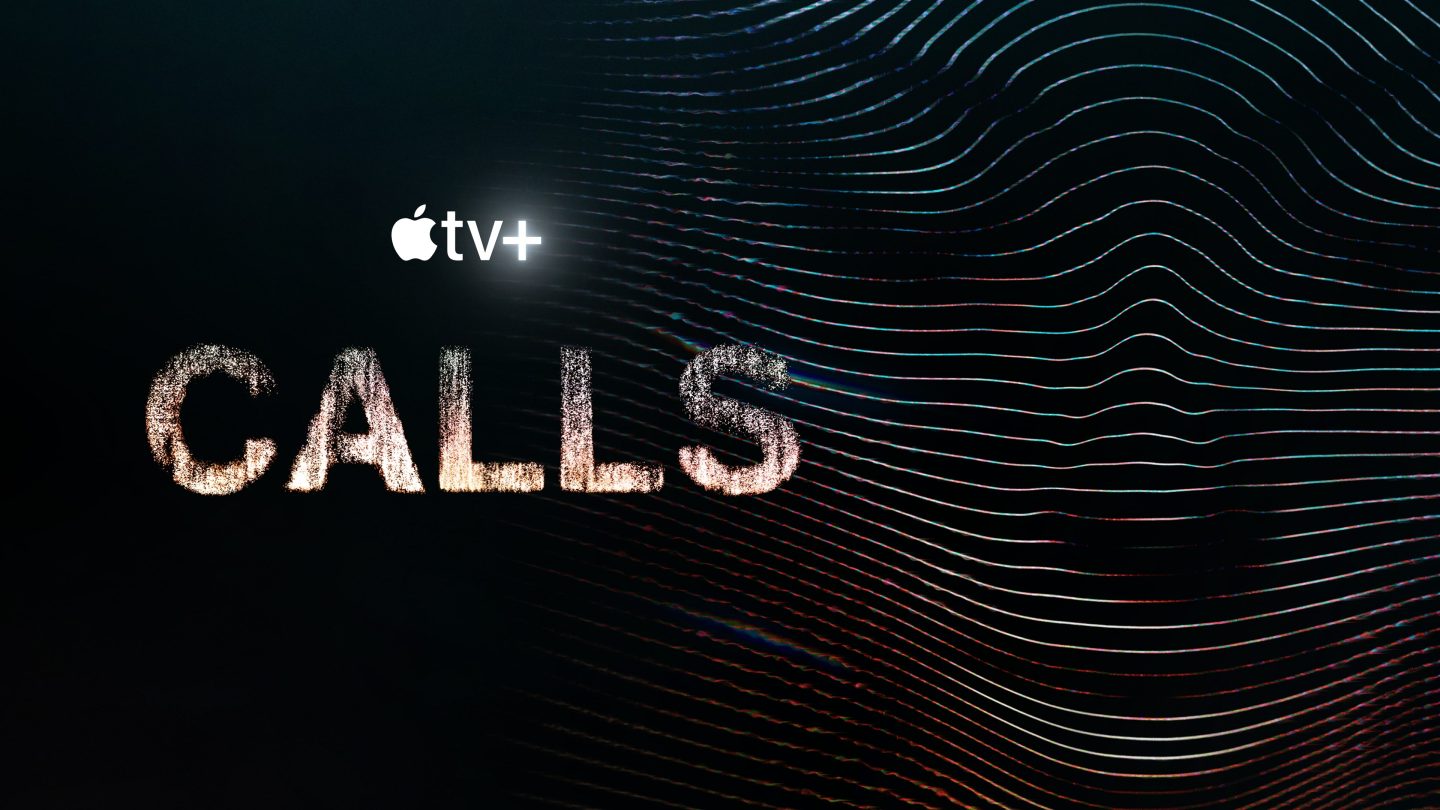 If I hadn’t already watched all nine episodes of Calls, a new star-studded drama series that Apple TV+ is debuting on Friday and which the company screened early for the press, I was already intrigued enough by the trailer that I’d have checked it out on my own anyway.

It’s hard to say too much about the show on the front end for anyone who wants to check it out, because this is a series that’s best experienced going into it cold. As you can see from the trailer below, though, the title of the show makes the format you can expect pretty clear — the whole thing unfolds as a series of, well, phone calls. Over nine episodes that last no more than around 20 minutes each, you’ll listen to both ends of a telephone conversation. And that’s it. No visuals to speak of, really, other than some cool, ambient graphics.

Apple is dropping the entire season all at once on Friday, and this is one that you definitely might want to binge in a single go (with the episodes being so short, the whole season is only around 2.5 hours long). A sort of live transcription of both ends of the phone conversation will appear on the screen in each episode, making you feel sort of like you’re watching one of those cops programs where someone calls 9-1-1, and you see the transcription of the call for help appear on the screen. Having said all that, Calls is definitely one of the most ambitious things that any major streaming service has tried — and if you can get past some of those quirks we mentioned, you’ll be in for a thrilling series that, at least for me, plowed thematic ground similar to another TV show I loved: Lost.

I’ll admit it, when I saw the cast list for Calls (it includes high-profile names like Rosario Dawson, Aubrey Plaza, Pedro Pascal, and Lily Collins, to name a few), it was easy to be a bit cynical and feel like this whole thing was a gimmick to give those actors something easy to do during the pandemic. Just record some phone calls, brilliant! But no: If you like shows that play around with concepts like that of the multiverse and of the grandfather paradox vis a vis time travel, I suspect you’ll be adequately entertained herein, at a minimum.

Check out the trailer below for Calls, which will be available to stream as part of your Apple TV+ subscription starting Friday:

It’s at this point that I want to say a word overall about the Apple TV+ app itself. You often read in the press that Apple’s streaming service is, if not a failure thus far, then supposedly trailing far behind its rivals, generally on the basis of the size of its library and lack thus far of a Tiger King-style hit of the cachet that Netflix generates on a consistent basis. I’d have to quibble with that, though, and point to an example like Ted Lasso, the Jason Sudeikis-led comedy that is probably the closest Apple’s come to a hit series thus far. Ted Lasso definitely got mainstream TV audiences talking about +, in a way that the streamer’s early offerings like The Morning Show weren’t necessarily able to do. That’s partly because Ted Lasso is comfort TV at its finest. It made everyone feel good last year, at a time when we desperately needed to.

Beyond that, there’s a ton of great content to watch on the service. Fans of prestige drama will enjoy series like The Morning Show, For All Mankind, and my personal favorite — the Israeli spy series Tehran. If you like comedies, there’s Mythic Quest and the animated Central Park. + Original films include content for music fans, like exclusive Bruce Springsteen and Billie Eilish documentaries, as well as a WWII movie I thoroughly enjoyed, the Tom Hanks-led Greyhound. For someone like me who gets pretty overwhelmed by the endless supply of content that Netflix offers, to the point where it’s a little hard to discover new shows and movies sometimes, Apple’s more curated selection is a breath of fresh air.

But then we come to the + app.

For me, the app is the main thing about the service I’d have to criticize right now. Granted, all of the streaming apps have their flaws from a user experience standpoint, but Apple’s, for me, feels a little like the way bookstores do (or did, when I visited them in the pre-pandemic days). Heavy readers like me probably know this feeling — you go into a store, on the hunt for a specific title, and there are about seven different places inside the store where it could be. Maybe in front, on a new release table. Or in the bestseller’s section. Or maybe it’s over here, in the fiction section, but on an endcap with other special titles, or, heck, in yet another special place dedicated to highlighting staff favorites. Eventually, I have to do the worst thing in the world. Track someone down and ask for help.

I get a similar feeling when I open the + app. It might take several taps to find the show I want, depending. When I open up the app, for example, it presents me with a “Watch Now” screen, which includes an “Up Next” panel allowing me to continue watching whatever I was watching last, and then there are tons of suggestions on this page. There’s a “Watch To Watch” row that includes various shows and movies, only some of which are Apple exclusives. Keep scrolling, and you’ll see a “Now on +” row — bingo! Only, this row shows me 10 offerings, none of which are new. And I still haven’t seen a listing for Calls yet, which is debuting this week.

Keep scrolling, though, and you’ll see a list of “Channels” that includes Showtime and Paramount+ icons — no thanks, I’m here for the Apple shows — so you’ve got to scroll some more. At this point, it’s … you know what, I’m giving up and going to see where else the app takes me. Let your eye drift to the bottom of the app, and you’ll see “Originals.” Yeah, that’s probably it.

Ok, here we go. This is the + page, which is what I’d rather open up when I tap on the + icon on my phone. Here again, though, we still run into the bookstore problem I mentioned earlier. I don’t necessarily want to have to tap again multiple times from this page — which presents me with categories like comedy series and feature films that you can go even deeper into — to find the show I want. I’ve got to do three or four taps, overall, to get to Calls. This might sound like a trivial complaint, but for the fact that a service like Netflix would put something like this squarely at the top of the first screen you see after opening the app. Require too many taps, unfortunately, and I think the average consumer is going to, well, tap out.

Don’t get me wrong, though. +, overall, is a fantastic service with solid content for the price ($4.99/month, though Apple device buyers can get the service thrown in for free). Apple will no doubt keep improving these things over time. If you’re looking for something new to watch this weekend, don’t let the quirks of the app dissuade you — there’s definitely some great stuff here.