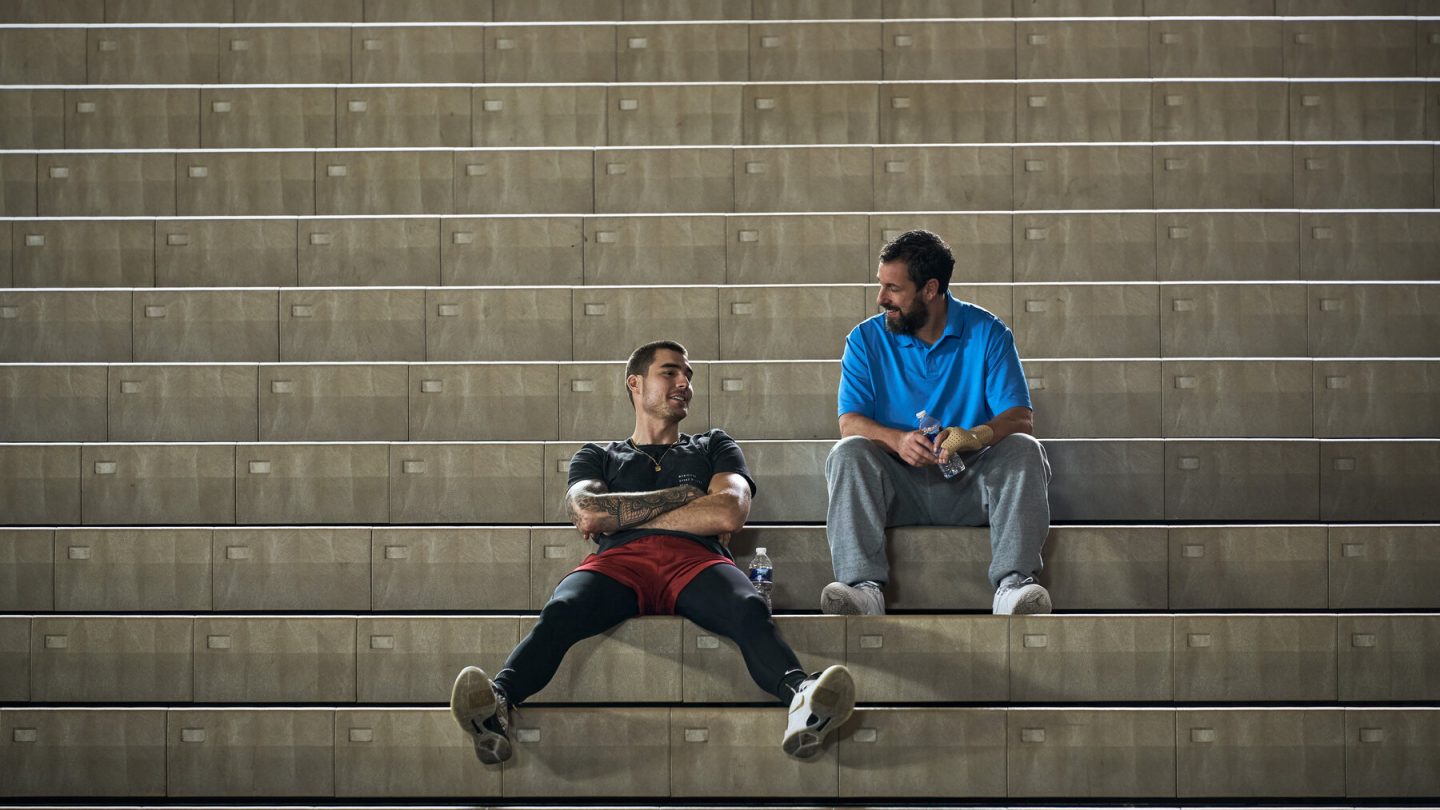 At this point, it’s no exaggeration to note that Adam Sandler — the star of Netflix’s new original movie Hustle — basically has whatever the Hollywood equivalent is of the Midas touch.

The pattern is quite familiar by now. He releases a new Netflix movie, for example, and it shoots right to the top of the streamer’s charts. And while Sandler has been a quite bankable star for a while now, critics are also increasingly writing about his work favorably.

That goes for his latest role, too, as a basketball scout in his crowd-pleasing new feature film from Netflix. In fact, Hustle is currently the #1 film on the streamer in the US at the moment. It managed to even beat out another Netflix release that quickly climbed the streamer’s movie chart (Interceptor).

Netflix did give Hustle a limited run in theaters, before debuting the movie for streaming audiences on Wednesday, June 8. Here’s the official synopsis from the company:

“After discovering a once-in-a-lifetime player with a rocky past abroad, a down-on-his-luck basketball scout (Adam Sandler) takes it upon himself to bring the phenom to the States without his team’s approval. Against the odds, they have one final shot to prove they have what it takes to make it in the NBA.”

In addition to Sandler, the cast also includes Juancho Hernangómez. He plays basketball player Bo Cruz, from Spain (while, off-screen, Juancho is a real-life NBA player for the Utah Jazz). Sandler’s scout convinces Bo to come and play in the US with the offer of a $900,000 salary.

What people are saying

Currently, Hustle is enjoying a super-strong reaction from both fans as well as critics.

The movie has a 92 percent score on both counts over at Rotten Tomatoes, where the site’s “critics’ consensus” assessment praises the movie thus. “Hustle doesn’t have any fancy moves, but it doesn’t need them — Adam Sandler’s everyman charm makes this easy layup fun to watch.”

From a selection of the critical reaction to the film: