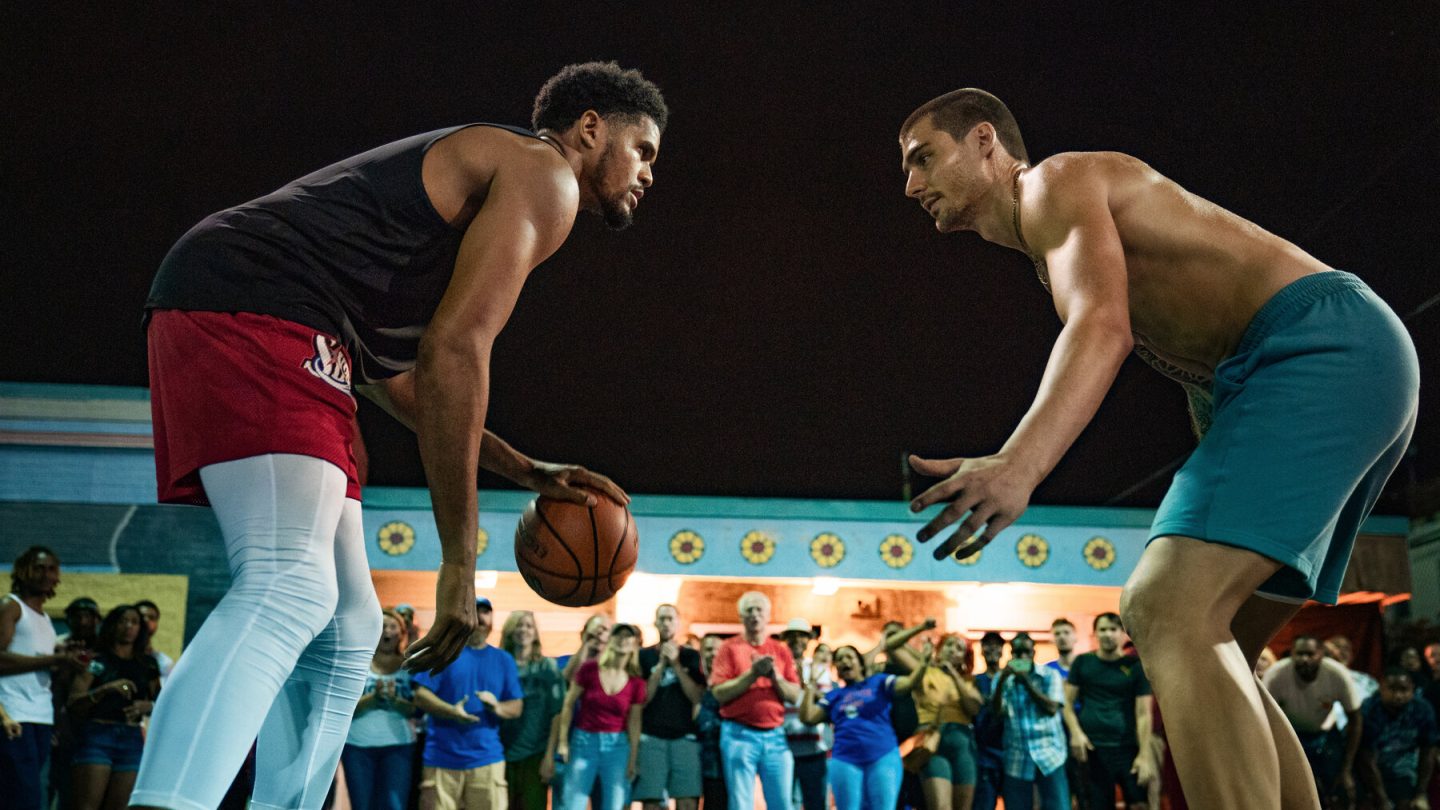 There’s a particular phenomenon that tends to accompany Adam Sandler movies these days — more specifically, a certain reaction that can come from his haters in addition to well-meaning audiences alike. It manifests itself in the form of feeling genuine surprise that a particular Sandler film, the newest being Netflix’s basketball movie Hustle, isn’t terrible. On the contrary, Hustle is in fact quite good.

Be honest, though. What’s your first thought when you hear Sandler’s name? Is it that you ought to immediately make plans to watch whatever his new release is — like this latest from the streaming service? In the case of Hustle, what if I told you this is being called Sandler’s Jerry Maguire? Or that an outlet like The Los Angeles Times raves about Sandler’s work herein that it’s “one of his warmest, most modulated performances in a formulaic but finely textured drama”?

Is Hustle out on Netflix?

After getting a limited run in theaters, Hustle debuted on Netflix on Wednesday, June 8. And here’s the official synopsis from the streamer. “After discovering a once-in-a-lifetime player with a rocky past abroad, a down on his luck basketball scout (Adam Sandler) takes it upon himself to bring the phenom to the States without his team’s approval. Against the odds, they have one final shot to prove they have what it takes to make it in the NBA.”

Besides Sandler, the cast also includes Juancho Hernangómez. He plays basketball player Bo Cruz, from Spain (in reality, of course, Juancho is a real-life NBA player, for the Utah Jazz). Sandler’s scout convinces Bo to come and play in the US with the offer of a $900,000 salary.

Bottom line, here? Put aside whatever silliness you might associate with Sandler, who (when he wants to) can knock your socks off with his talent. Films like Uncut Gems have already made that abundantly clear.

Accordingly, Hustle has come storming out of the gate with strong ratings over at Rotten Tomatoes. There, it’s got an 88 percent critics score, based on 56 reviews as of the time of this writing. As well as an even stronger audience score of 90 percent on the review aggregation website.

“This has to be one of the best movies ever made, the first movie where basketball players were capable of acting,” one Rotten Tomatoes user enthused. “Amazing and heartfelt.” Lauded another, “It’s a pleasant experience, especially with Adam Sandler’s performance. The story will feel familiar, but it doesn’t hold back the movie from being a good time.”

Similarly, the movie also has a strong score for the moment on IMDb. There, Hustle has earned itself a 7.4/10 rating.

“Hustle is a top-tier feel-great underdog sports movie,” critic Scott Menzel tweeted. “Adam Sandler is perfection in this because the film plays to his strengths as both a comedic and a dramatic actor. Juancho Hernangómez delivers a surprisingly heartfelt and emotional performance. Loved it.”