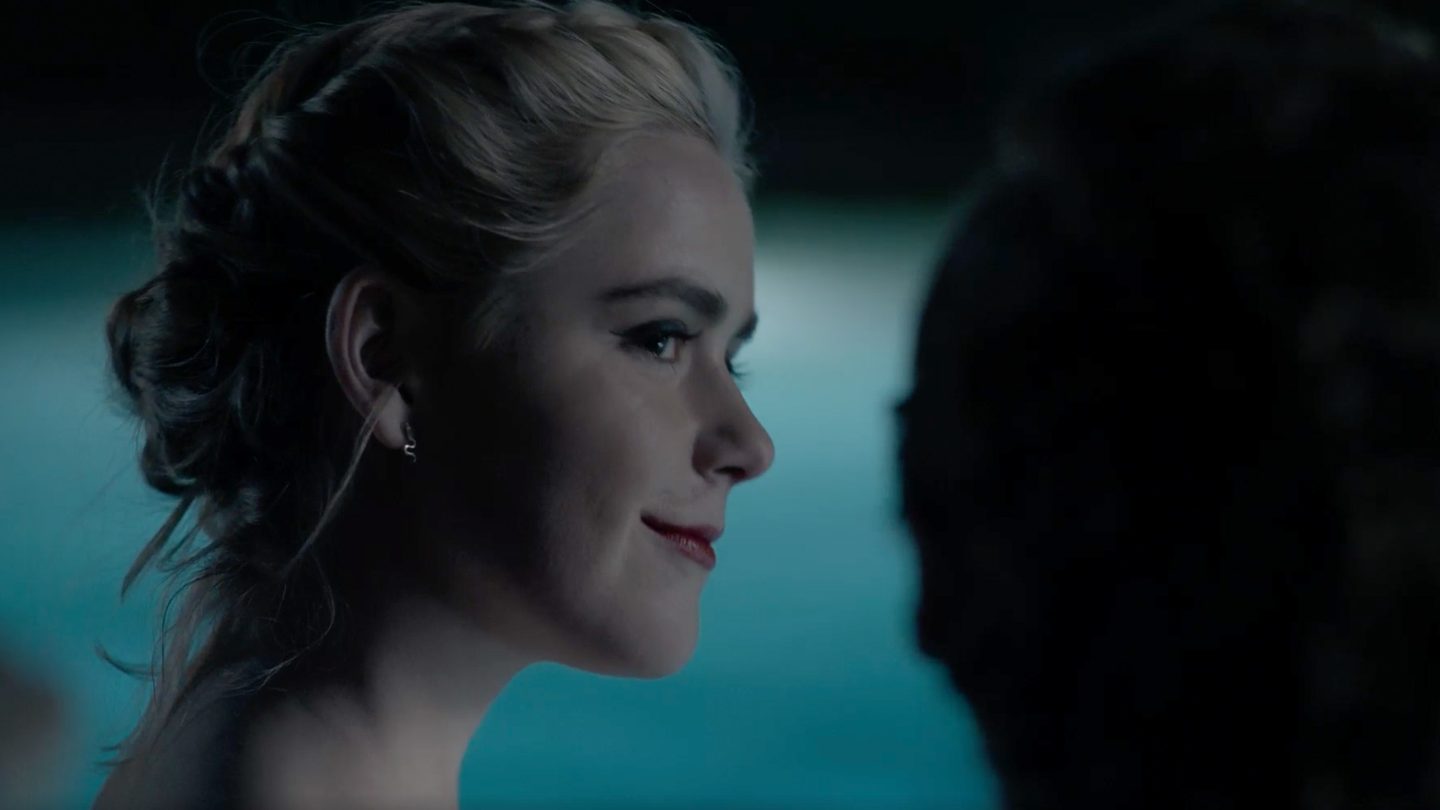 Roku’s ambition to shake up the streaming order will take another step forward in just a few days, with the launch of a new original Roku TV series led by some familiar faces.

On the heels of the company’s first-ever SXSW screening at this year’s festival, the 6-part psychological drama Swimming with Sharks is set to debut on April 15. And it’s easy to see why Roku wanted to debut this new show at SXSW. The cast, for one thing, includes Kiernan Shipka (from Netflix’s Chilling Adventures of Sabrina), plus Diane Kruger and Donald Sutherland. And in terms of the story, this series is about a Hollywood assistant who basically turns the tables on her abusive boss.

Said Roku TV executive Colin Davis in a news release about Swimming with Sharks: “Hollywood can be as cutthroat as it is glamorous. Swimming with Sharks does not hold back in showcasing the complex, ego driven, and ambition fueled pursuits in one’s attempts to ‘make it’ in a town riddled with more broken dreams than success stories.”

Check out the trailer below. And if you haven’t signed up for a Roku account yet or are shopping for a device, you can do all of that right here.

Here’s a little more about the plot for Swimming with Sharks, meanwhile, from the company:

Shipka plays Lou Simms, who very much seems like a naive Hollywood newcomer when she starts an internship with Fountain Pictures. She’s also awestruck by the studio’s imperious CEO Joyce Holt, played by Kruger. Roku continues: “In truth, Lou has done extensive research on Joyce and landing this internship was no happy accident. As Lou’s obsession grows, she will do anything to get close to her idol.”

How can I watch free TV on Roku?

The Roku Channel is Roku’s own free-to-watch TV channel that you can access from your Roku device. It’s also a source of Roku original TV content — like Swimming with Sharks, as well as the new series The Newsreader. Meanwhile, you can also use your Roku device to access other free TV channels, and here’s how. Per Roku:

As for The Newsreader, which stars Anna Torv and Sam Reid, this is another sort of prestige drama that Roku is using to continue putting itself on the map for its original streaming content.

“Amidst the frantic and chaotic world of broadcast news,” Roku says about the show, “the real story of The Newsreader is about the unorthodox relationship between a young quirky reporter who longs to become a newsreader and is paired for the next three months with the network’s star female newsreader who is notorious for being rigid.

“The ‘will they won’t they’ storyline between the two co-anchors draws in the audience’s attention as they illustrate the complexities of pivotal historical events (from) the AIDS epidemic to the explosion of the Challenger in space, while overcoming their own hardships and triumphs as the world as they know it is changing.”