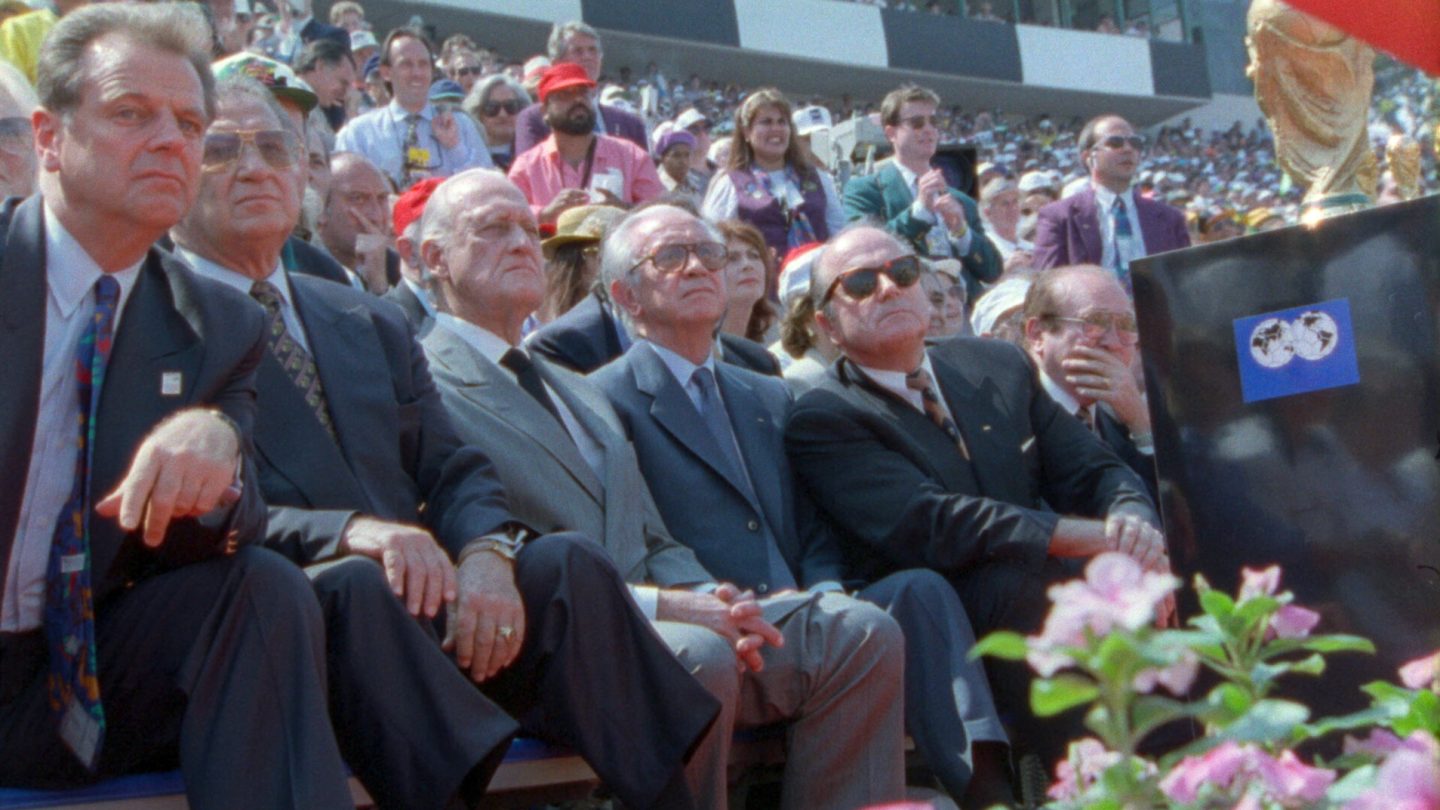 Just days before a few billion people around the world were set to tune in to the FIFA World Cup 2022 in Qatar, which gets underway on Sunday, Netflix debuted a 4-episode docuseries — FIFA Uncovered — that goes beneath the surface of the FIFA organization to probe corruption, power struggles, and more at the heart of global professional soccer.

“For decades,” Netflix’s logline for FIFA Uncovered explains, “FIFA united the globe through football. But behind the game, craftier schemes were at play. This documentary series traces the organization’s legacy, exploring the pageantry, power struggles, and politics of hosting the World Cup.”

Directed by Daniel Gordon, the limited series unpacks the secret, shadowy world surrounding the organization that’s faced accusations of everything from wire fraud to money laundering, tax evasion, and much more over the years. FIFA is even compared at one point during the series to a “criminal organization.”

Episode 1 throws viewers right away into a morass of scandal, starting with the arrests of 14 FIFA executives suspected of corruption. Later on, potentially dodgy transactions come to light surrounding the choice of Russia and Qatar for the 2018 and 2022 World Cups, respectively.

Episode 3 of the series — which focuses on Qatar’s winning bid to host this year’s World Cup — will be especially timely and relevant for anyone with even a passing interest in the tournament, the most-watched sports event on the planet, that’s about to unfold in the desert emirate.

“Being a member of FIFA is like being in a secret garden,” viewers are told at one point, somewhat ominously. “There’s an unspoken code: ‘You can do whatever you want.'”

As far as why this Netflix series is so timely — and why there’s so much controversy around this year’s World Cup being held in Qatar, thanks to a decision FIFA made back in 2010 — there are so many issues that it’s hard to even know where to begin.

READ MORE: “I think it was the wrong decision”: President Obama, in 2010, about FIFA’s Qatar decision

For starters, Qatar’s team had never qualified for a World Cup. FIFA also awarded hosting duties to Qatar despite the nation being regarded as a “high-security risk,” not to mention a lack of sufficient infrastructure at the time and the brutal summer temperatures (which required the game to be rescheduled to this month, for the first time in its history).

“I was shocked and disappointed, but my immediate reaction was that they’d bought this,” a US soccer executive says at one point in FIFA Uncovered about the choice of Qatar as a host country.

And that’s before we even come to the human rights issues.

Amnesty International has blasted this year’s tournament as “the World Cup of shame.” According to the organization, some 1.7 million migrant workers are in Qatar for the World Cup. Many live in terrible squalor — and must pay hundreds of dollars in fees just to be able to work there.

A Human Rights Watch report says that women of all ages there are required to get permission from their male guardians to marry. Men and women can be imprisoned for sex outside of marriage, and Human Rights Watch has also documented many instances of violence against the LGBT+ community.

“When you blame Qatar for hosting the World Cup, you have to blame FIFA — because FIFA is the system,” Guido Tognoni, a former advisor to ex-FIFA president Sepp Blatter, says during the Netflix series. “The system is FIFA.”