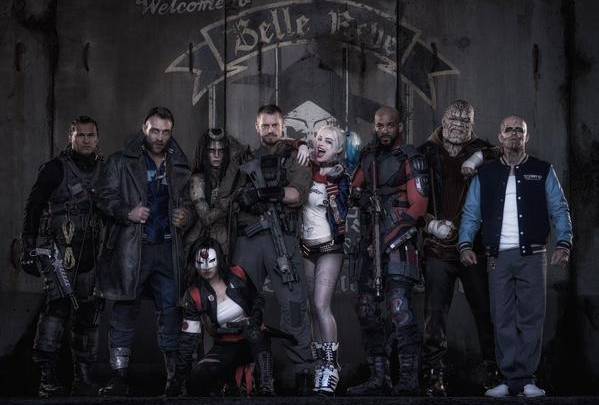 The new Star Wars may have been the most anticipated movie of 2015, but 2016 will have some impressive releases of its own, especially in the superheroes department. Suicide Squad and Deadpool are just two of the superhero films coming our way this year, so here’s everything you need to know about them.

In total, there are seven superheroes movies this year, CinemaBlend reminds us, so here they are in chronological order complete with trailers to get you in the mood.

This superhero is not your average good guy. Far from it. Deadpool tells the story of a violent individual with a huge mouth, and amazing self-healing abilities. The movie launches on February 12th, starring Ryan Reynolds, Morena Baccarin, Ed Skrein, and many others.

We’ve talked more than once about this clash of titans. DC Comics and Warner Bros. have partnered up for an amazing film, starring Henry Cavill as Superman and Ben Affleck as Batman. We also have Gal Gadot, Jesse Eisenberg, Amy Adams, Lawrence Fishburne and Diane Lane completing the cast for Batman v Superman: Dawn of Justice, the movie that sets us up for Justice League, expected to launch in 2017. The movie comes out on March 25th.

A new episode in the X-Men saga hits theaters on May 27th, bringing back the young gang of mutants. James McAvoy, Michael Fassbender, Jennifer Lawrence, and Co. return in X-Men: Apocalypse to face the biggest enemy they’ve had to face yet, a mutant whose powers seem to far exceed anything thought possible until now.

If there’s one X-Men mutant, we’d like to see more of that’s Gambit. And there’s a Gambit movie supposed to tell his story, just like the Wolverine series did for… well, our favorite adamantium superhero. With a release date set for October 7th, Gambit is supposed to star Channing Tatum and Lea Seydoux, but there’s no trailer for it.

Get ready for some strange from Marvel in early November, as Doctor Strange will open doors to new adventures from the comics universe. Starring Benedict Cumberbatch, Rachel McAdams, Chiwetel Ejiofor and Tilda Swinton, the movie tells the story of a brain surgeon who’s traveling the word in search of a cure for his damaged hands. Oh yes, and there’s plenty of alternate dimensions in this one.