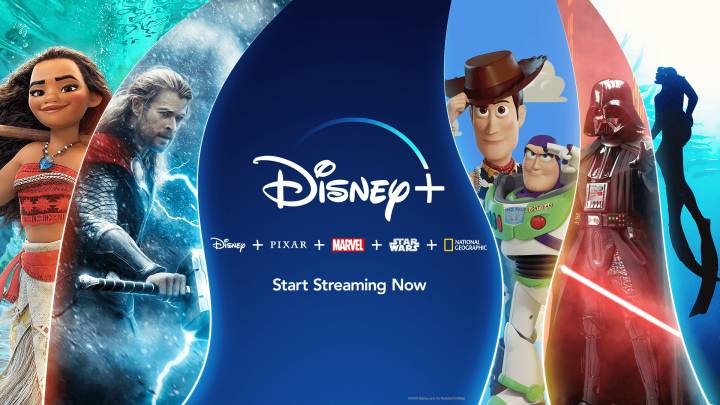 We obviously can’t make the definitive claim that Disney Plus is the best streaming service out there right now. It’s way too subjective. What we can state fairly conclusively, however, is that Disney Plus has the highest volume of good content. Think about how many times Netflix misses for each show that hits. And think about how many awful movies and shows Hulu released before we got to Nomadland. Meanwhile, look at all the amazing content you can find on Disney Plus. The Disney Plus subscription price is $7.99 per month. For that, you get decades of brilliant Disney movies. Additionally, you’ll find incredible Pixar films with quality that is unrivaled. You’ll find all the Star Wars movies you want and countless hours of National Geographic content.

And let’s not forget the fact that Disney Plus is home to the Marvel Cinematic Universe. We can’t even imagine being without all those epic Avengers movies. On top of that, you’re really missing out if you didn’t catch Loki. It was so good!

Disney Plus subscription price: Amazon has the best deal

We’re not suggesting that you should cancel all your other streaming services and jump ship to Disney Plus. Not even close. What we are saying, however, is that Disney Plus has quickly become a must-have streaming service. And you’re really missing out if you don’t have a Disney Plus account. Now, however, there’s a way you can try Disney Plus without paying a penny for it. No, we’re not talking about a free 7-day trial or anything as simple as that. Instead, there’s a hidden deal on Amazon that gets you a whopping 6 months of Disney Plus for free!

How amazing is that?!

I am seriously obsessed with Loki right now. Tom Hiddleston is epic in his Loki role, of course, but it’s so much more than that. Loki is helping to lay the groundwork for the next several years of MCU movies and series. We’re learning all about how time works in the MCU, and we’re really starting to dive into the multiverse. If you don’t watch this great series, there’s no way you’ll be able to keep up when Marvel’s next few movies are released.

As long as you’re not a current Disney Plus subscriber, Amazon’s new Disney Plus promotion gets you either 3 free months or 6 free months when you try a month of Amazon Music Unlimited. AMU is Amazon’s streaming music service, of course, and it’s just like Spotify or Apple Music.

All you need to do is sign up for 1 month of Amazon Music Unlimited using this great promo. It’ll cost you $7.99 if you’re a Prime member or $9.99 if you’re not. If you’ve never tried Amazon Music Unlimited before, you’ll get 6 free months of Disney Plus for signing up. If you’re a current or former AMU subscriber, you’ll still get 3 months of Disney Plus for free.

Of note, the only people who aren’t eligible for this awesome Amazon promo are current Disney Plus subscribers. If you already subscribe, you’re paying the $7.99 Disney Plus subscription price and you’re probably more than happy with the value you’re getting. But if you’re not a subscriber, now is the time to give it a shot. This is truly a fantastic promotion, so don’t miss out!