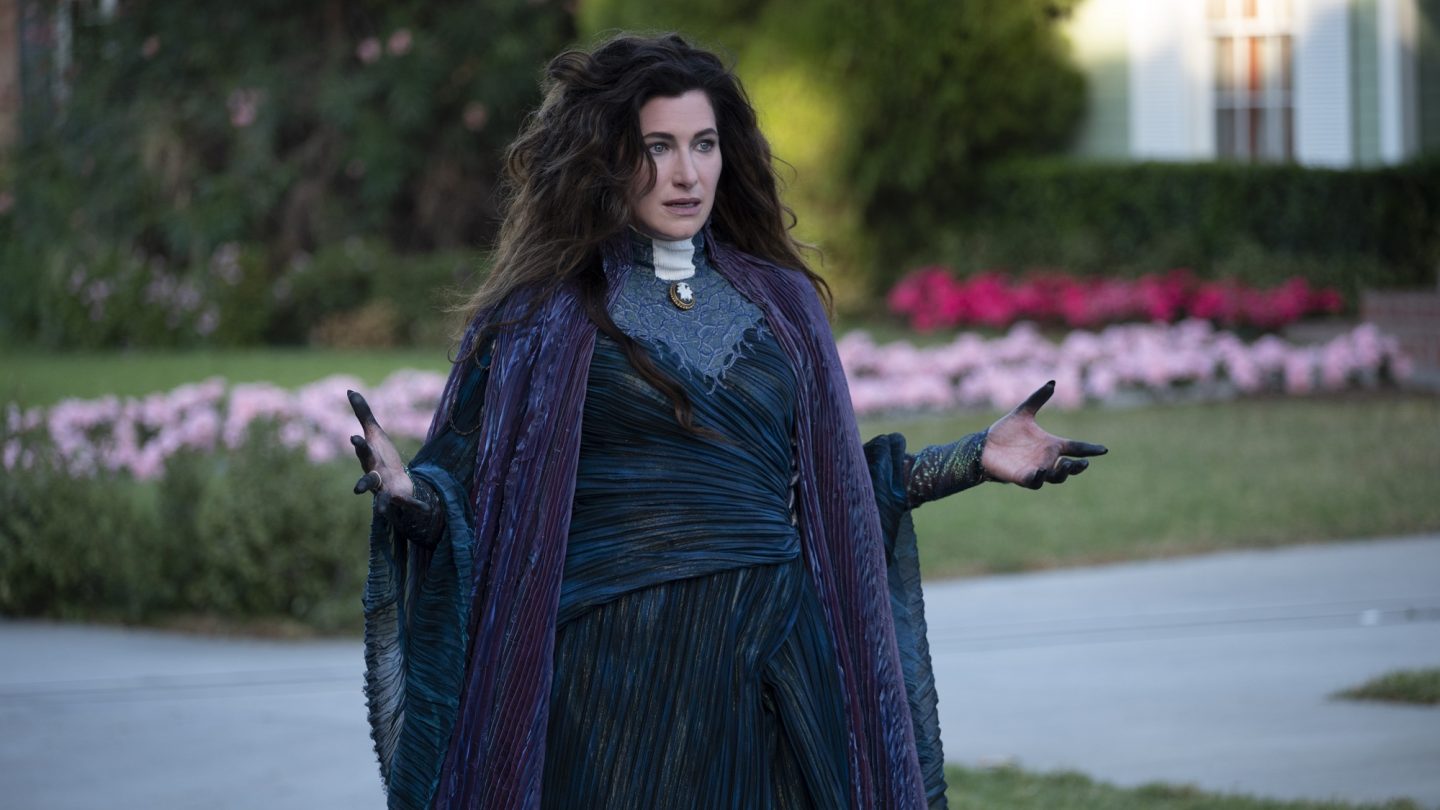 Before long, the Marvel Studios shows on Disney Plus might outnumber the Marvel Studios movies in theaters. According to Variety, Marvel is developing a WandaVision spinoff for Plus that will star Kathryn Hahn. Hahn made her MCU debut in WandaVision as the villainous witch Agatha Harkness. If decides to go forward with the project, Hahn will reprise her role.

If you want to catch up on WandaVision, you can sign up for Disney Plus right here.

Variety’s sources claim that WandaVision head writer Jac Schaeffer would return to write and executive produce the spinoff. Schaeffer signed a three-year overall deal with Marvel Studio and 20th Television back in May. This would be her first project with Marvel since signing that deal.

Agatha Harkness was first introduced as Wanda and Vision’s nosy neighbor in the opening episodes of WandaVision. Over the course of the first season, it became increasingly clear that there was more to Agatha than she was letting on. Eventually, we learned that Agatha was not actually a resident of Westview, but rather a powerful witch and survivor of the Salem witch trials.

We also got this iconic song, which might be Agatha Harkness’s lasting legacy up until this point:

Every upcoming Marvel show on Plus

Based on the report, it sounds like the Agatha spinoff is still in the earliest stages of development. As such, there’s always the possibility that decides to scrap the show before writing, casting, and filming begins. That said, Marvel seems intent on exploring every corner of the MCU.

Marvel has already released four shows on Plus in 2021: WandaVision, The Falcon and the Winter Soldier, Loki, and What If…? Next month, Jeremy Renner will return in Hawkeye. Other shows Marvel has confirmed include Ms. Marvel, Moon Knight, She-Hulk, The Guardians of the Galaxy Holiday Special, Secret Invasion, Armor Wars, Ironheart, I Am Groot, and an untitled Wakanda series. The post-credits scene in Shang-Chi and the Legend of the Ten Rings also hinted at a Ten Rings spinoff show.

The response to Marvel’s Plus shows hasn’t been quite as universally positive as that of the movies. WandaVision, for example, started strong with a compelling premise, but eventually devolved into an exhausting CGI explosion-fest. Falcon had a similar problem. Perhaps the solution is to focus on more obscure characters that aren’t always tasked with saving the world.