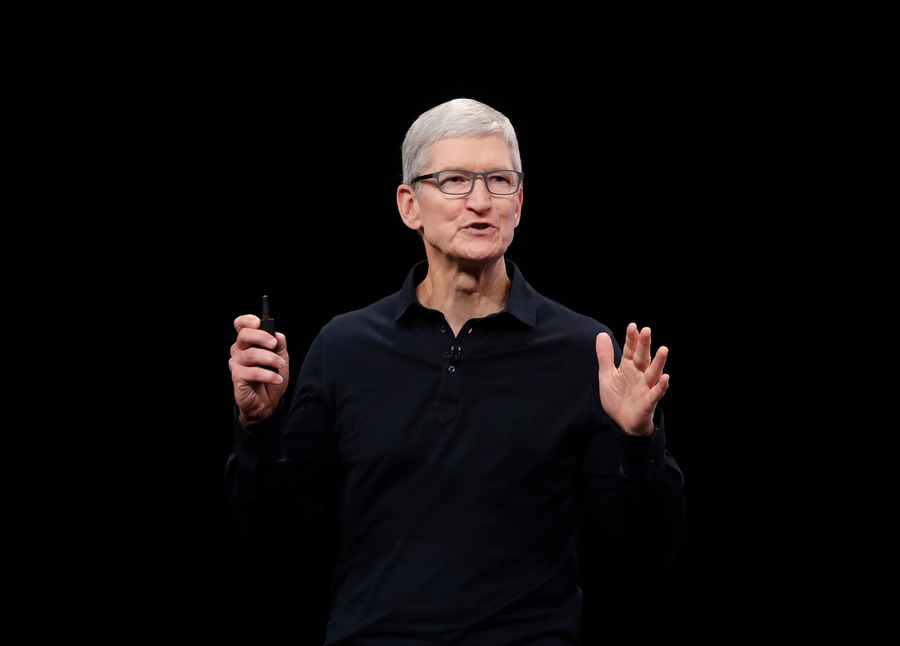 For the second time in as many days, Apple is pushing back on high-profile press reports that the company says mischaracterizes actions supposedly taken by its chief executive.

This time, the pushback has to do with a widely circulated report from back in March that came courtesy of The New York Post. The gist was that Apple executives were being pretty heavy-handed when it came to the content of shows for Apple’s Netflix rival, +. The report noted that the executives wanted to scrub things like excess violence and swearing from the shows, with Cook himself reportedly adding as a script note: “Don’t be so mean.”

At the time, it was seen as an example of Tim, the skillful operations executive, trying overly hard to be more Jobsian on the creative side — and being a bit ham-fisted about it to boot. The thing is, though, that incident never happened.

That’s according to Apple’s senior vice president of Internet Software and Services Eddy Cue, who has given yet another major interview over the past few days about +. In this new conversation with GQ in the UK, he said that not only are he and Cook not passing along script notes to showrunners (“We leave the folks (alone) who know what they’re doing”) but that the incident with Cook never happened.

This comes just a day after Cook himself emailed an NBC News reporter to counter reports that the CEO is overly concerned with boring things like operations and that his perceived aloofness to Apple’s design team led to the dissatisfaction that inspired design chief Jony Ive to quit. Again, not true, according to Cook.

What are we to make of this? For one thing, it’s another reminder not to trust the conventional wisdom which says that Cook’s core competencies leave him bereft of the creativity needed to help Apple do anything other than keep findings new ways to milk revenue out of its hit products from the past. Or, perhaps more specifically — that is very much the narrative Apple is trying to correct.

Correcting the impression that Apple is trying to create some kind of HBO-lite with + (minus the adult elements) is also something Cue sought to correct in his new interview.

We’ve already covered Cue’s assertion that + will be a kind of anti-Netflix. In that, the former is taking a more highly curated approach to content instead of being more profligate about spending, which is something that Netflix has reportedly also started to pull back on. The truth about the kinds of shows the service will host, Cue goes on in this new interview, is that the goal is to have things that appeal to everyone. Shows for kids, adults and lots of things in the middle.

One of the first shows Apple will reportedly release right at the start when the service launches is The Morning Show, which stars Jennifer Aniston and Reese Witherspoon and goes behind the scenes of a morning TV show. Cue says that’s an example of one of Apple’s non-family-friendly series.

“It’s a show,” Cue says, “about women in the workplace and some of the issues that happen to them are definitely not appropriate for you to watch with an eight-year-old.” As far as what’s not family-friendly about it? “The language.” Also, “there are other things. But I don’t want to spoil it.”