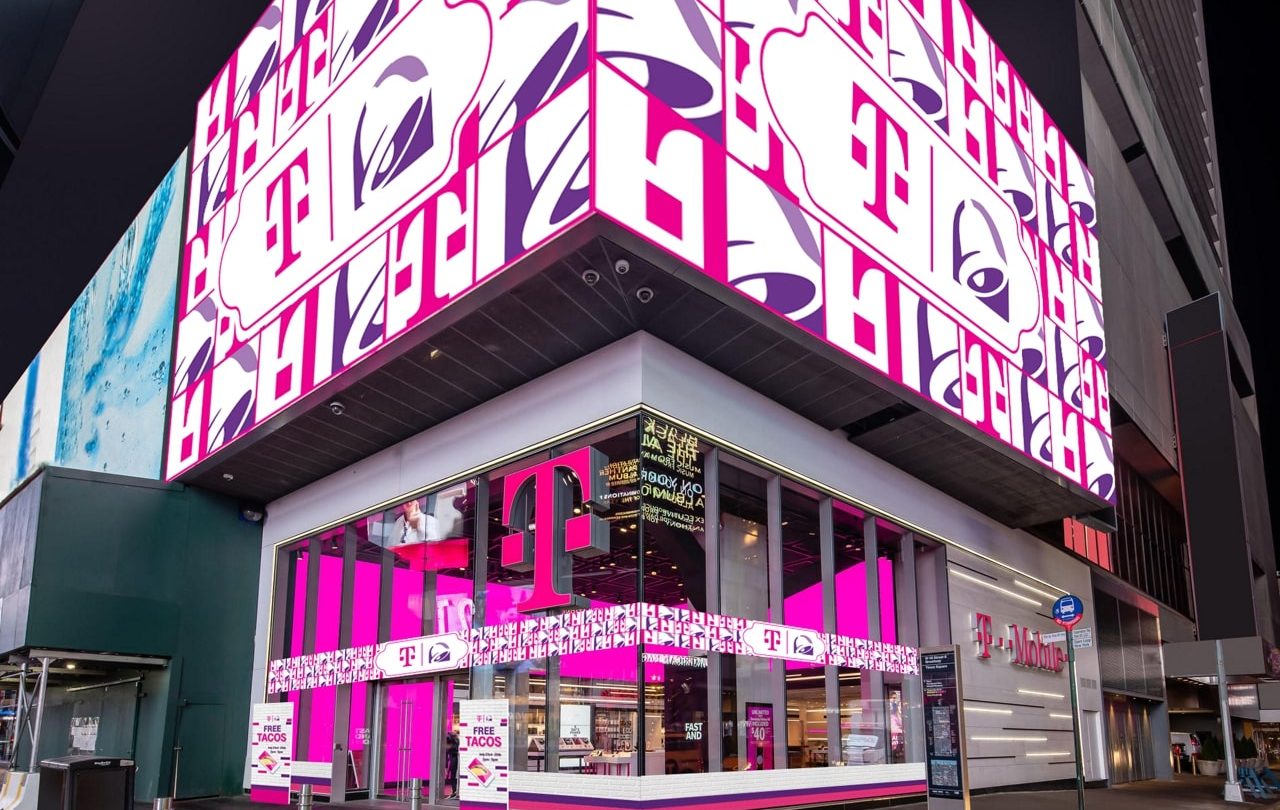 Taco Bell has a devoted army of fans who are intensely loyal to the fast-food chain, such that the brand is getting more creative than ever in figuring out how to cater to them and keep them happy. The brand is bringing a Taco Bell-themed hotel to California in a few weeks, for example, but before that happens it will also be teaming up with T-Mobile to open yet another combination concept you never knew you needed.

Next week, Taco Bell and the self-styled “Un-carrier” will open three “T-MoBell” pop-up stores in New York, Chicago, and Los Angeles. The companies are teasing unnamed celebrities possibly being on-hand next week for the duration of the co-branded experience from July 23-25, in addition to themed swag (and of course tacos) being available to visitors.

“When we launched free tacos every week on T-Mobile Tuesdays, TacoBell.com had its highest online order day ever and T-Mobile Tuesdays was number one in the App Store,” T-Mobile CEO John Legere said in a release. “Since then, Un-carrier customers have snagged more than 14 million free tacos from the app!”

He went on to describe the T-MoBell idea as the “ultimate fusion” of peoples’ love for their phones and for tacos.

The pop-up concept will open in T-Mobile local Signature Stores in the cities mentioned above, complete with in-store DJs and giveaways from 2 p.m. to 5 p.m. each day. Among the freebies that will be available are tacos, plus a co-branded T-MoBell Freeze with a white cherry taste. Additionally, visitors will be able to get their hands on taco-themed socks, sunglasses, hats and more.

T-Mobile is also offering customers who aren’t in any of those three cities a way to get in on the fun. Starting July 23, you could be in a position to win some giveaways if you follow T-Mobile on Twitter (@TMobile). Freebies up for grabs include a free year of tacos in the form of a $500 Taco Bell gift card and a prize pack including Powerbeats Pro Wireless Earphones, an Ultimate Ears Megaboom 3 speaker and more.

Comment with 📱🌮 or 📱🌮 depending on which hand you hold your taco in. https://t.co/CU4iKigcRT