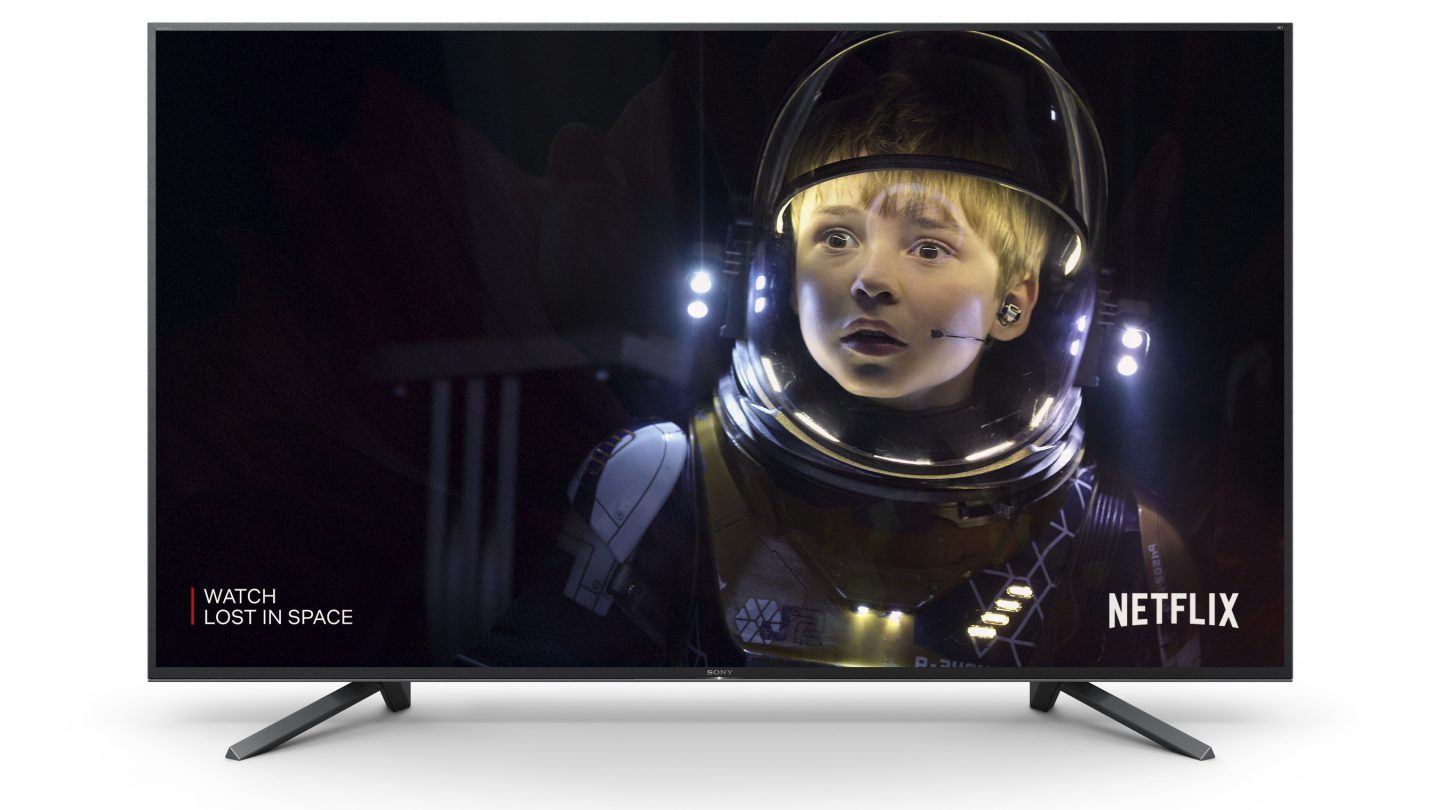 Sony had an extra card up its sleeve to coincide with the unveiling of two new TV models that the company first teased at CES, a card it revealed today. Sony Electronics president and COO Mike Fasulo at an event in New York City showed off a new feature exclusive to Sony’s new Master Series A9F OLED and Z9F LCD TVs — a special Netflix-watching mode the company says is comparable to watching on a master monitor used in motion picture production studios.

Today’s event was taglined “A masterpiece unveiled,” which was a reference to the new TV models’ Netflix Calibrated Mode. When the new display mode is enabled — which can only be done from the Netflix app, so not, for example, while watching standard TV — viewers will see, according to Sony, precise colors and more accurate dynamic contrast. And the electronics giant pointed to Netflix content like the series Lost in Space, where it says the new mode will make its otherworldly landscapes and creepily-lit creatures especially pop on the screen.

We’ll see, of course, if this is enough to make consumers flock to the new TV models or if they’ll be satisfied with presumably cheaper good-enough models. Scott Mirer, Netflix’s vice president for its device partner ecosystem, enthused about the new display and pointed to the Lost in Space series in particular: “I was struck by the vivid landscapes. Lush forests, shadowed snowfields, and other visual elements that pulled me more deeply into the Robinsons’ adventures,” he said in a statement as part of the announcement.

Sony says those two new TVs comprising its Master series deliver the company’s highest quality picture possible in a home setting. Both models will be available across North America this fall, and pricing and retail availability announcements are still to come.

As far as the special Netflix mode specifically, Sony developed it in conjunction with the streaming service. It activates automatically when the TV picks up on specific data cues from Netflix content.

Other features of the new models, meanwhile, include improved sound. Per The Verge, the A9F model specifically improves on Sony’s Acoustic Surface speaker system by adding a center actuator and a subwoofer channel. And “the Z9F promises near-flawless viewing angles and best-in-class motion clarity and smoothness.”

Said Fasulo, “In recent years, we have seen great advances in technology that have made an unprecedented impact on the way TV and film entertainment is consumed … Sony and Netflix have put much effort into developing and supporting cutting-edge technologies, such as 4K picture resolution, high dynamic range and Dolby Atmos sound that allow film professionals to authentically express their vision for fans to enjoy in their homes around the world.”