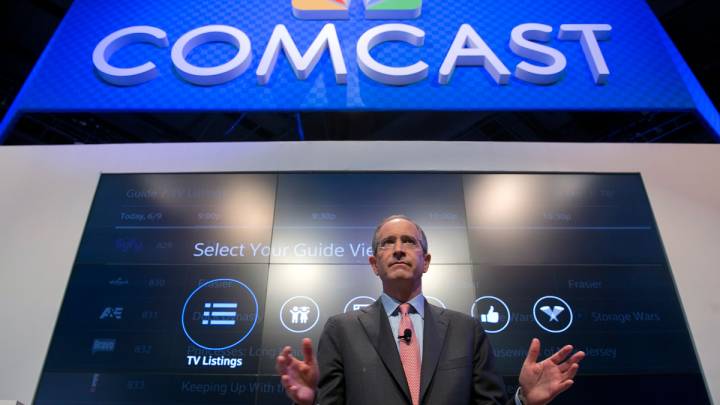 Comcast is in the middle of an acquisition of Sky, the largest pay TV operator in the UK and a crown jewel in the Murdoch family’s 21st Century Fox entertainment network. If all goes to plan, Comcast (which, remember, already owns NBCUniversal) would pay $31 billion to acquire Sky, which includes a satellite TV business, a streaming TV service, an enviable content library, and broadcast rights to some of the most important European sports.

So it’s no surprise that one analyst thinks the deal would lay the groundwork for Comcast to offer its own worldwide Netflix competitor, using a mix of NBC and Sky’s original content, plus all the live TV broadcast rights they already have in place. But before you get all excited, just remember: This is Comcast we’re talking about here.

“Sky brings with it a trove of exclusive content and rights that could be the basis of an OTT service with a genuine moat, capable of rivaling Netflix itself,” analyst Craig Moffett said in a recent research note seen by DSL Reports.

Buying Sky would “give Comcast the heft and the programming muscle to create a pan-European, or even global, direct-to-consumer OTT service,” the note said, although Moffett isn’t certain what the resulting streaming service would look like. “There are a great many assumptions required if Comcast’s presumed strategy is to succeed. Running the table on all of them is a rather uncertain outcome, and demands what some might read as rather accommodating business decisions from some rather deep-pocketed competitors. … What is at issue here isn’t just whether the global or pan-European OTT war is a war that Comcast can win. It is also whether it is a war worth winning.”

Netflix’s recent growth has been driven by two things that Comcast would struggle to replicate: scale, and exclusive content. Netflix has been able to negotiate rights to content on a global scale, which has helped it rapidly expand to nearly every country in the world. That’s become even easier as Netflix has invested in its own original programming, meaning that Netflix is the exclusive distributor, and it doesn’t have to negotiate a separate distribution deal for every program for each country.

NBC and Sky’s programming, on the other hand, is centered around more traditional pay TV content like topical entertainment, news, and sports. Those are more regionally focused and much harder to scale across the globe, making a true Netflix competitor far less likely.

Nonetheless, a successful acquisition of Sky could easily accelerate Comcast’s own rollout of an over-the-top streaming video service. Sky has a mature and well-tested streaming platform called Now TV, and using that technology for a US-based product could help Comcast launch a streaming service in the near future, just in time to compete with everyone else.