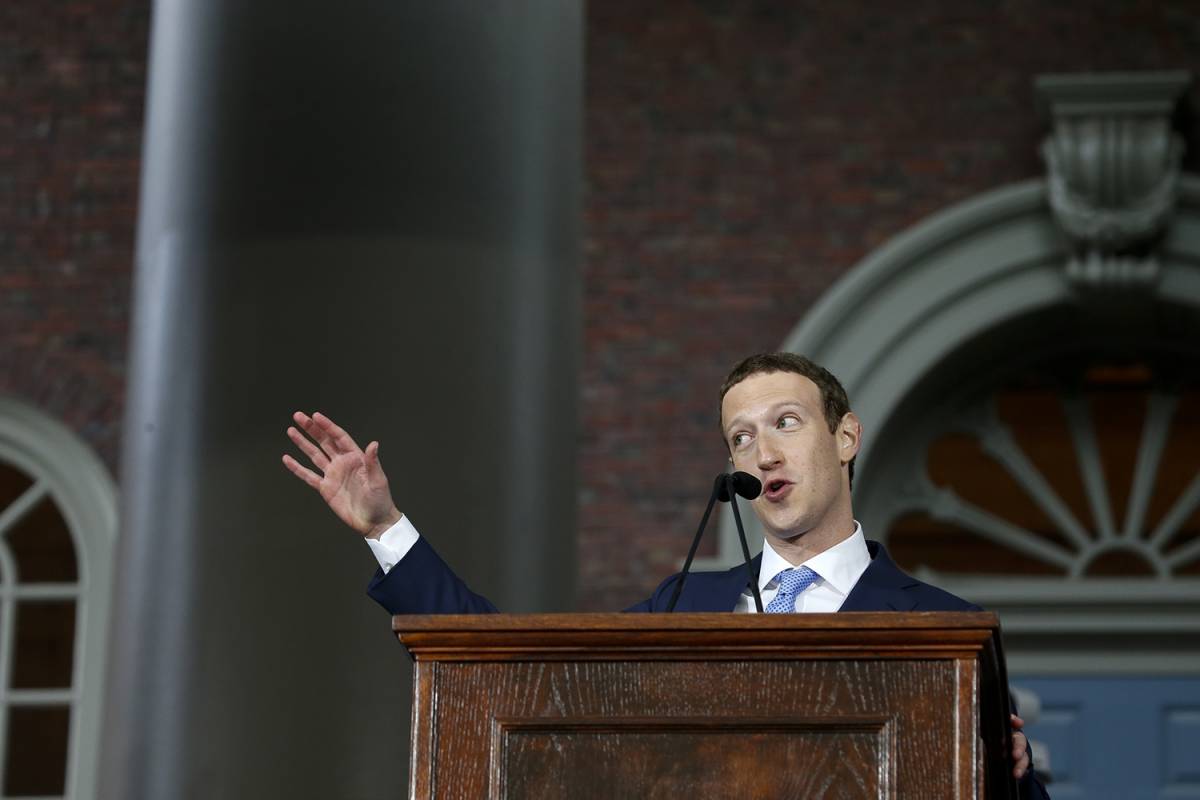 Facebook CEO Mark Zuckerberg remained silent for far too long following the revelation that a shady political consultancy called Cambridge Analytica was able to steal personal data belonging to an estimated 50 million people using Facebook’s own tools. Now that Zuckerberg has broken his silence, however, he can’t stop talking. The Facebook co-founder and chief executive issued an initial statement nearly two weeks ago, and he has since apologized in a full-page newspaper ad as well as in several interviews. Of course, we’ve all been down this road many times before. Facebook screws up, Zuckerberg apologizes, Facebook makes a few changes to privacy controls, and the commotion slowly fades away until the next big privacy scandal pops up. Lather, rinse, repeat.

The Cambridge Analytica scandal is a big one, though. It is perhaps one of the biggest privacy scandals in Facebook’s history, which is long and full of privacy scandals. Using Facebook’s developer tools, the company was able to harvest private data belonging to more than 50 million Facebook users by circulating a fake “personality quiz” that was completed by only a few hundred thousand users. Facebook has been the target of a great deal of criticism since a whistleblower brought this scandal to light, and now Mark Zuckerberg has responded to one of Facebook’s highest-profile critics: Apple CEO Tim Cook.

Apple’s Tim Cook is the CEO of the biggest publicly traded company in the United States, and he used the Facebook/Cambridge Analytica scandal as an opportunity to remind the world that Apple values its customers’ privacy. While companies like Facebook and Google make money by learning as much as possible about users to serve them targeted advertisements, Apple makes money by overcharging for cell phones. Both strategies have pros and cons, but the latter prevents Apple from having to deal with the blowback from privacy scandals akin to Facebook’s current predicament.

In an interview on MSNBC with host Chris Hayes last week, Cook had a lot to say about Facebook and its most recent privacy scandal. When Hayes asked the CEO what he would do if he ever found himself in Zuckerberg’s current situation, he offered a great response: “I wouldn’t be in this situation.”

As we all know, the user is the product with free services like Google’s search engine or Facebook’s social network. Google and Facebook are advertising companies. Cook reiterated that Apple doesn’t collect data and sell ads the way Facebook does, so the customer is not the product.

“[Apple could] make a ton of money if we monetized our customer,” Cook told Hayes during the interview. “We’ve elected not to do that.”

Cook continued, “I think it’s an invasion of privacy. I think it’s – privacy to us is a human right. It’s a civil liberty, and in something that is unique to America, this is like freedom of speech and freedom of the press and privacy is right up there for us. And so, we’ve always done this. This is not something that we just started last week when we saw something happening. We’ve been doing this for years.”

Well, it’s been almost a week since that interview, and now Facebook CEO Mark Zuckerberg has finally issued a public response. In an interview on a podcast with Vox co-founder Ezra Klein, Zuckerberg called Cook’s remarks “extremely glib and not aligned with the truth.” He went even further, suggesting that Cook was quick to tear apart Facebook’s business model when his company’s own model isn’t very consumer friendly.

Zuckerberg went on to explain that Facebook is one of several ad-supported online products, claiming that its goal is to connect everyone, even those who cannot afford to pay for such a service. “The reality here is that if you want to build a service that helps connect everyone in the world, then there are a lot of people can’t afford to pay,” he said. “And therefore, as with a lot of media, having an advertising-supported model is the only rational model that can support building this service to reach people.”

Klein’s full interview with Mark Zuckerberg is embedded below.

Tweet
Yet another FCC plan will hurt small cable companies