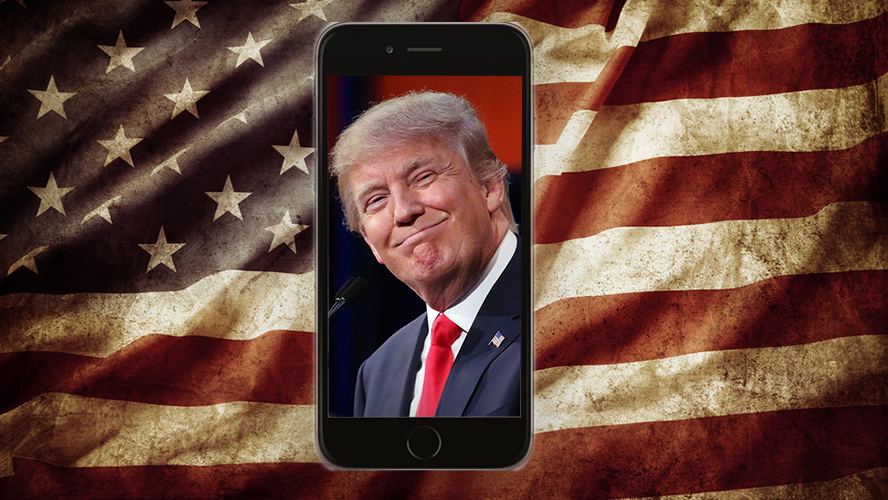 One of President-Elect Trump’s few consistent policies has been to vaguely try to bring manufacturing jobs back to the USA. An obvious target for his wrath would be the iPhone, especially given Apple’s other problems with keeping cash overseas.

Bringing iPhone production from the USA to China would, for Trump, theoretically bring some of Apple’s money back to the US, and create a few good ole’-fashioned blue-collar jobs. But there’s one problem: if iPhone factories came to the US, you can be sure that robots would be the only ones getting more jobs.

A shining example of this comes today from the chairman of Pegatron, a Chinese-based manufacturer that also has some small plants in the US, which mostly make repair components for HP and Dell. TH Tung, Pegatron’s chairman, said that those US-based plants could easily increase production by three to five times if necessary — for example, if Trump introduced crippling tariffs on Chinese-made components.

But that increase in production wouldn’t come by hiring more workers. Instead, it would almost exclusively come from increased capital spending and automation. The relative cost of skilled labor in the US and China is such that it’s cheaper to build a robot than it is to hire one US worker to replace one Chinese worker in the supply chain.

Regardless of geographical location, increased automation in technology manufacturing is a given. Foxconn, Apple’s biggest manufacturing partner in China, is pushing ahead with building fully-automated assembly lines in its Chinese plants. Foxconn is said to be making 10,000 of its automated “Foxbots” per year, and that’s with manufacturing still in China. If Trump forced Foxconn to move production to American plants, where labor is exponentially more expensive, you can be certain that Foxconn’s automation plans will pick up speed.

This isn’t all idle speculation. Following Trump’s election, rumors spread that Apple was conducting a feasibility study into moving iPhone production to the US. Although that might seem like a victory for Trump — Apple never looked at moving iPhone production stateside for Obama! — it’s likely just good forwards planning from Apple. The question of iPhone manufacturing has already come up between Tim Cook and Donald Trump, so Cook having a study that says it’s impossible to move iPhone manufacturing to the US is really just an insurance policy.

Unfortunately for Trump, it’s really a moot point. Even if he could get iPhone manufacturing shifted to the US — and that’s a huge, towering if — it seems that all he’d be doing is giving new jobs to the people who build Foxconn’s robots. “Make the Chinese robotics industry great again” doesn’t have quite the same ring to it.