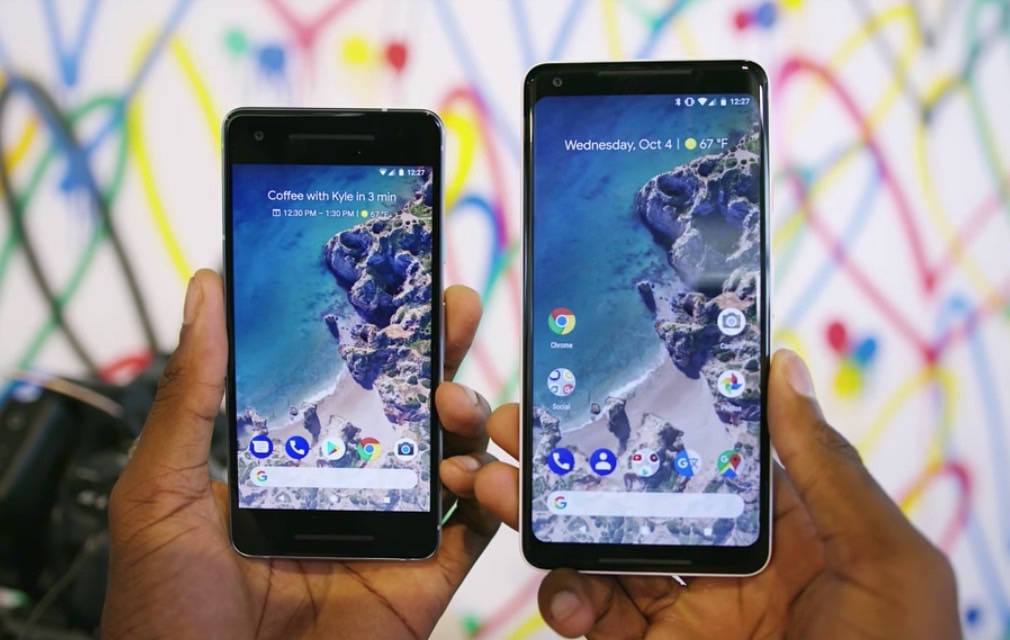 People didn’t even finish reading the many reviews praising Google’s new Pixel 2 phones before reports of problems poured in, revealing that Google can’t really make a flagship phone that’s as good as the iPhone or Samsung’s high-end Galaxy phones.

Both phones can bend easier than you’d expect them to, and they suffer from a strange clicking sound. On top of that, the Pixel 2 XL has quite a few severe screen issues (detailed here, here, and here) that make it a less than ideal purchase. But the Pixel 2 XL display disaster is actually great news for Samsung and for the upcoming iPhone X.

No, I’m not about to tell you that Samsung’s iPhone X clone is already in the making, although it probably is. This is about Apple’s iPhone X and its successors, which are a goldmine for Samsung.

The Pixel 2 XL just proved to the world that Google’s hardware ambitions are too much of a reach. Many people say that it’s not Google’s fault that the Pixel 2 XL comes with a sub-par screen experience, as it’s not Google who makes the phone. Yes, that’s a good excuse, one that may have been accepted for Nexus devices. But not for handsets that are “made by Google.”

There is a valid observation there, however. LG’s hardware is failing to meet standards. LG apparently can’t make OLED screens that would deliver a display experience similar to what’s available from other OLED devices. But it’s Google’s fault, ultimately, for failing to address and fix these issues before they ruined the Pixel 2 XL.

You know what doesn’t have an LG OLED screen? The smaller Pixel 2. That phone comes with a Samsung panel that works just as expected.

Samsung is the world leader when it comes to making OLED displays for smartphones, and the only company that can satisfy sustained demand. These are the reasons why Apple finally made an OLED smartphone this year.

Months before the iPhone X was official, reports after reports revealed that various display makers in Asia, including LG, have been ramping up efforts to manufacture OLED screens in the hope they’ll win Apple orders for future iPhone X models. Apple, meanwhile, is also looking to score additional OLED supply from other vendors. That’s not only because it doesn’t want to rely solely on Samsung Display, but also because the company can’t meet all of Apple’s demand. In time, Apple will move all the iPhones to OLED displays, but only if there’s enough supply. Other reports also said that Apple chose LG to work on a revolutionary iPhone design just so Samsung doesn’t steal it.

But the Pixel 2 XL screen disaster only proves that, for the time being, Samsung OLED displays are the only ones that matter in the business. This means Samsung can continue to enjoy its sweet OLED deal with Apple for some time to come. After all, the last thing Apple would probably want is a PR mess like the Pixel 2 XL. Can you imagine if Google even sold one-tenth the number of phones Apple sells? The complaints would flood the internet and even major news channels would be covering the problems at this point.

Until competitors can match Samsung’s screens when it comes to user experience, it’s likely Apple will not use their products in any future iPhones. Samsung can only be happy about that. After all, that OLED panel in the iPhone X is anything but cheap, and the iPhone X’s imminent success will also line Samsung’s pockets.