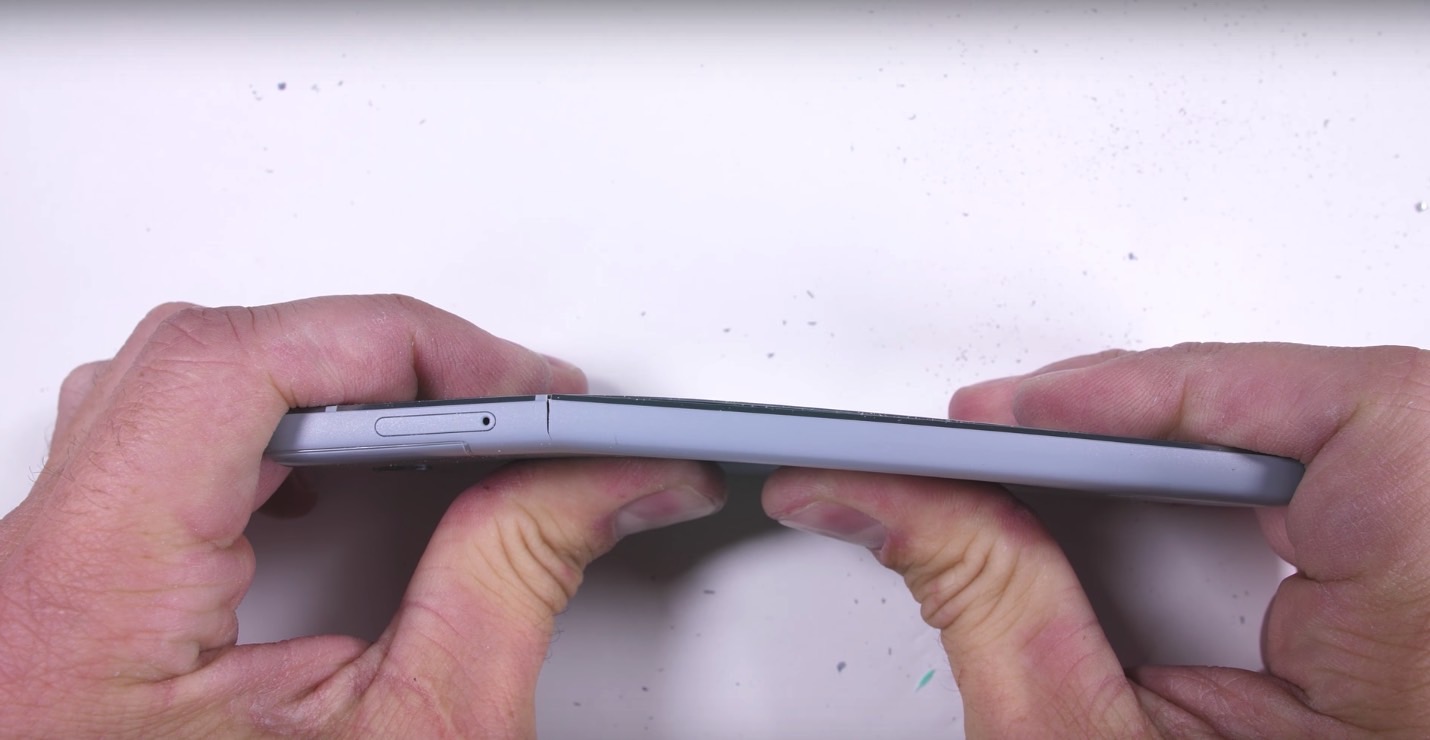 O… M… G. Google really can’t make a high-end phone quite like smartphone industry veterans can. And that’s so sad, to quote the sitting president.

Forget about the Pixel 2 XL’s screen issues, which may be fixed via a software update in the future. Not to mention that LG will certainly improve the quality of its OLED displays in the coming years if it truly is fighting for Apple’s business. The Pixel 2 has much worse problems, in my opinion, when it comes to overall quality. A new test shows that the phone will scratch quite easily… and it bends!

Reviewers said the Pixel 2 phones have a plasticky feel because Google covered the aluminum body with paint. The problem with this approach is that you’ll be a lot more likely to scratch it than a metal device. YouTube channel JerryRigEverything, whose job it is to see how much torture a phone can take, put the Pixel 2 through its famous stress tests.

It turns out that the rear shell will look very ugly if you scratch it. What’s worse is that the fingerprint sensor, which is also covered with paint, will stop working if you end up damaging the paint coating. This one seems like an unlikely accident, but it can happen.

Yes, other phones can scratch. But not all of them look so hideous when it happens. Also, the side button is made of plastic. Wow!

But the worst thing about the phone is that you can bend it with your hands. Remember the iPhone 6 bend problems that inspired all these bend tests to begin with? Well, Apple corrected the issue long ago, but this second-gen iPhone clone bends very easily. And when it bends, the phone cracks. That means the handset loses its water resistance and you have to either take it in for repairs or replace it. I’m surprised you can break the Pixel 2 that easily.

JerryRigEverything says Google placed an antenna band in an unfortunate position, and applying enough stress along that line will lead to unavoidable damage. It’s likely the bigger Pixel 2 XL suffers from the same problem, but the YouTube channel only tested the regular pixel here.

The moral of the story is that you have to use a case with the Pixel 2 if you have any hope of preserving its integrity. And whatever you do, don’t put it in your back pocket or in any pockets in skinny jeans.

The Pixel 2 definitely isn’t looking like the iPhone killer you were hoping for.