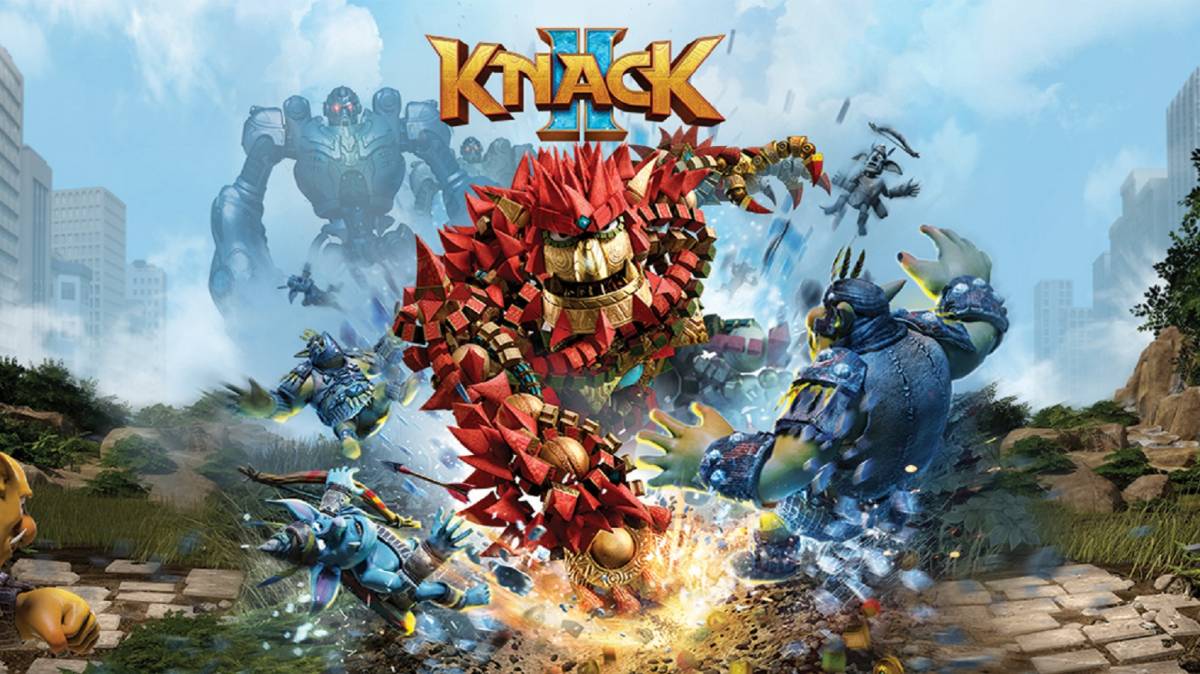 Sony has a long history of successful mascot-driven platformer games, from Spyro the Dragon to Crash Bandicoot to Ratchet and Clank and Jak and Daxter. In 2013, with the launch of the PS4, the company tried to add a new name to that list: Knack. Unfortunately, Knack was a bust. Not only was the character itself unappealing, but the game was lambasted for its repetitiveness and uninteresting story.

When Sony announced that Knack was getting a sequel at the fourth annual PlayStation Experience event last December, PS4 owners let out a collective groan. But against all odds, Knack 2 manages to hurdle over the low bar set by its predecessor and establishes itself as a solid (if unspectacular) entry into the competitive genre of 3D platformers.

Every platform hero has to have a talent. Sonic is fast, Ratchet has a massive arsenal of guns, and Mario… can jump on you. Knack is the result of a science experiment in which Dr. Vargas found a way to bind together the relics of an ancient civilization, creating a living, thinking being capable of growing in size by gathering additional relics. The larger Knack grows, the stronger he becomes, and the way that the levels evolve to match his size is one of the joys of Knack 2. 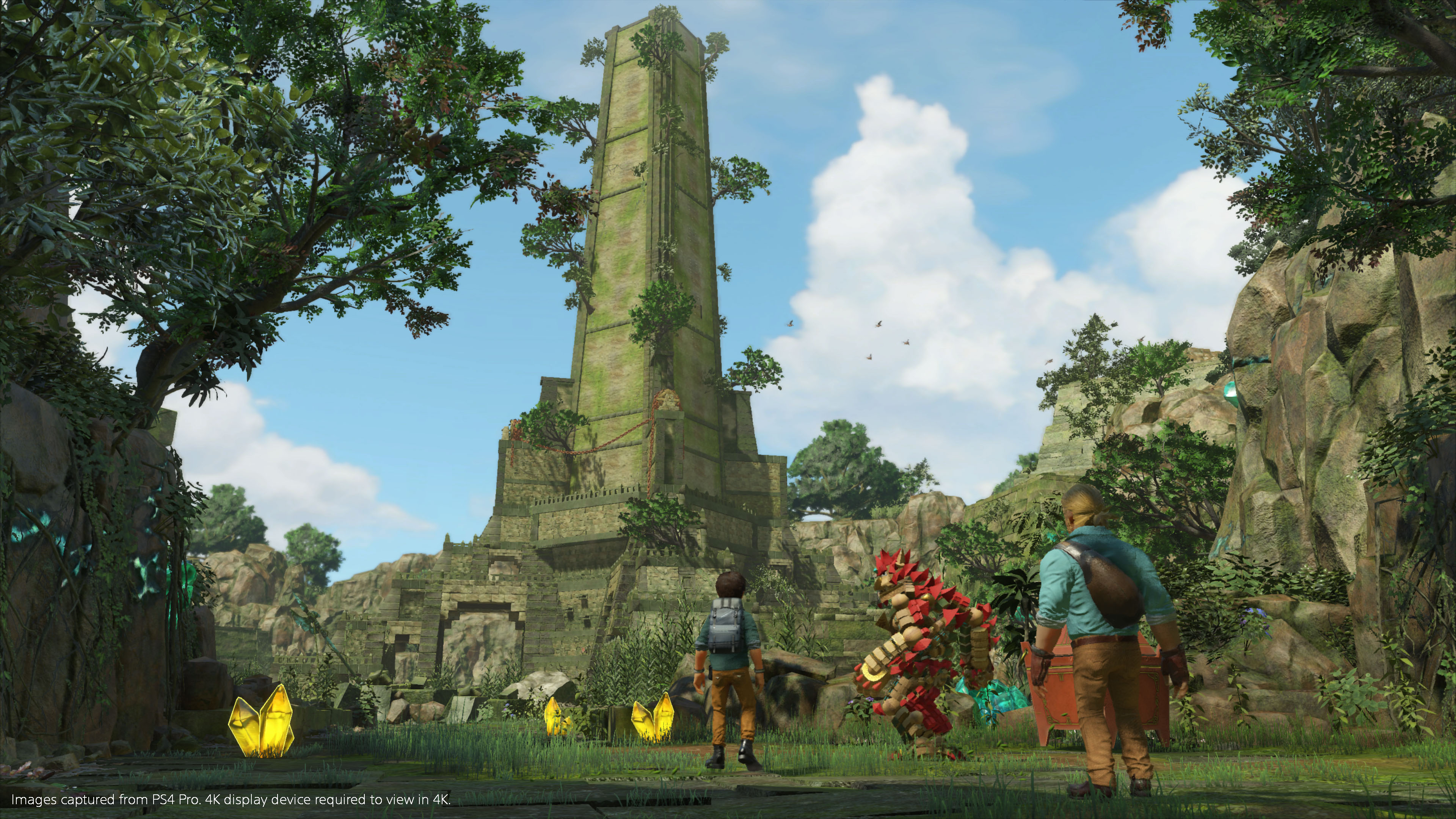 Every level unfolds in basically the same way: Knack begins the level standing about the height of an average human, works his way through a series of combat and platforming challenges, gathers relics along the way and grows large enough to take on the level’s boss. In fact, Knack 2 and its predecessor are two of the more linear 3D platforming games I’ve ever played, as the player is unable to control the camera and the path forward is always clear. This isn’t particularly a bad thing, but it did take some getting used to.

While virtually every modern 3D platformer includes some amount of combat, Knack is a brawler at heart. Throughout the game, I punched, kicked, stomped and shot hundreds of goblins and robots — possibly thousands. Nearly every other room in the game serves as an arena where Knack uses his myriad abilities to wipe out his foes. His moveset is relatively limited when the game begins, but as gains experience (represented as Relic Energy), finds hidden treasures and advances the story, his abilities grow in number and strength.

And he’ll need every move at his disposal as the enemies he faces off against won’t go down without a fight. The baddies in Knack are ruthless, and while the smaller ones can be thwarted without much effort, they’ll also take Knack out in an instant if you aren’t careful. Knack isn’t the most resilient hero, and getting hit temporarily stuns him, so finding yourself trapped in a corner against a group of even the weakest enemies often spells doom. 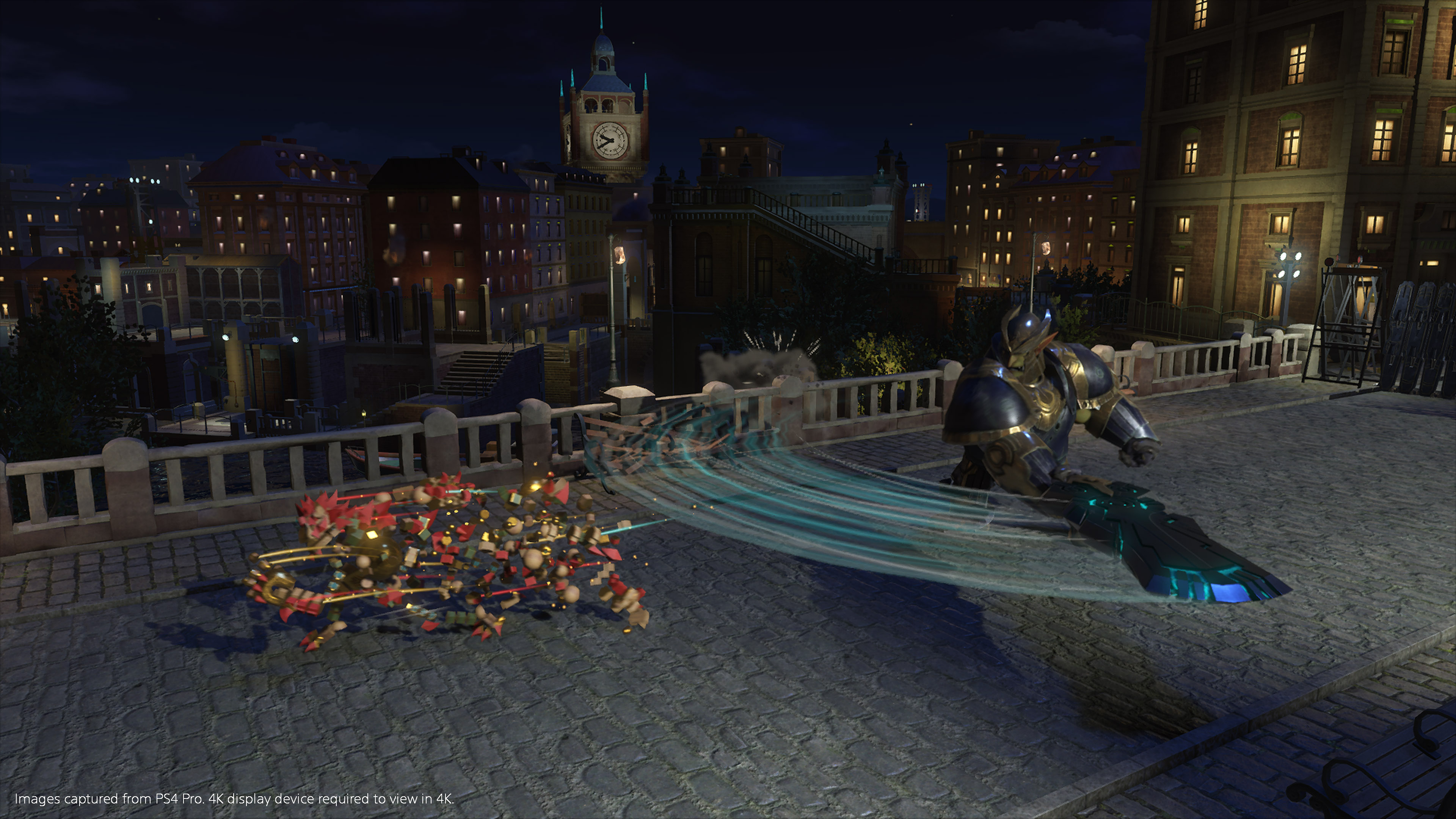 And then there are the larger foes — massive robots that dwarf Knack even after he’s smashed a few boxes full of relics and grown to 10 feet or taller. Dodging their attacks becomes just as important as timing your own, as they will dart out of the way within seconds of swinging their swords or their fists, giving the player the tiniest of windows to counter. I wasn’t prepared for the challenge of the combat, but save for a handful a cheap shots that took me out and forced me to restart long battles, I got in a rhythm and had fun battling as Knack.

But the battling would have become tedious if it weren’t broken up with platforming challenges. Knack kind of looks and feels like a knockoff mascot, but he certainly doesn’t control like one. The sheer act of moving around the world of Knack one of the game’s two major strengths. Not every platformer feels this tight, which is part of the reason why I had as much fun as I did bounding between platforms that collapsed the moment I touched them, timing my jumps so as not to get hit by a steam vent and leaping from a pillar seconds before a metal block could crush me.

Knack 2 doesn’t break any new ground in terms of the variety of platforms it challenges the player to navigate, but it mostly nails the platforming gameplay that makes games like Mario and Rayman such classics. And speaking of the game’s strengths, I can’t emphasize enough how satisfying it is to gather relics and become exponentially stronger throughout the course of a single level. The way that the game messes with scale scratches the same itch as Katamari Damacy, and running into the same enemies that gave you trouble at the beginning of the level only to step on them like bugs near the end is never not amazing. 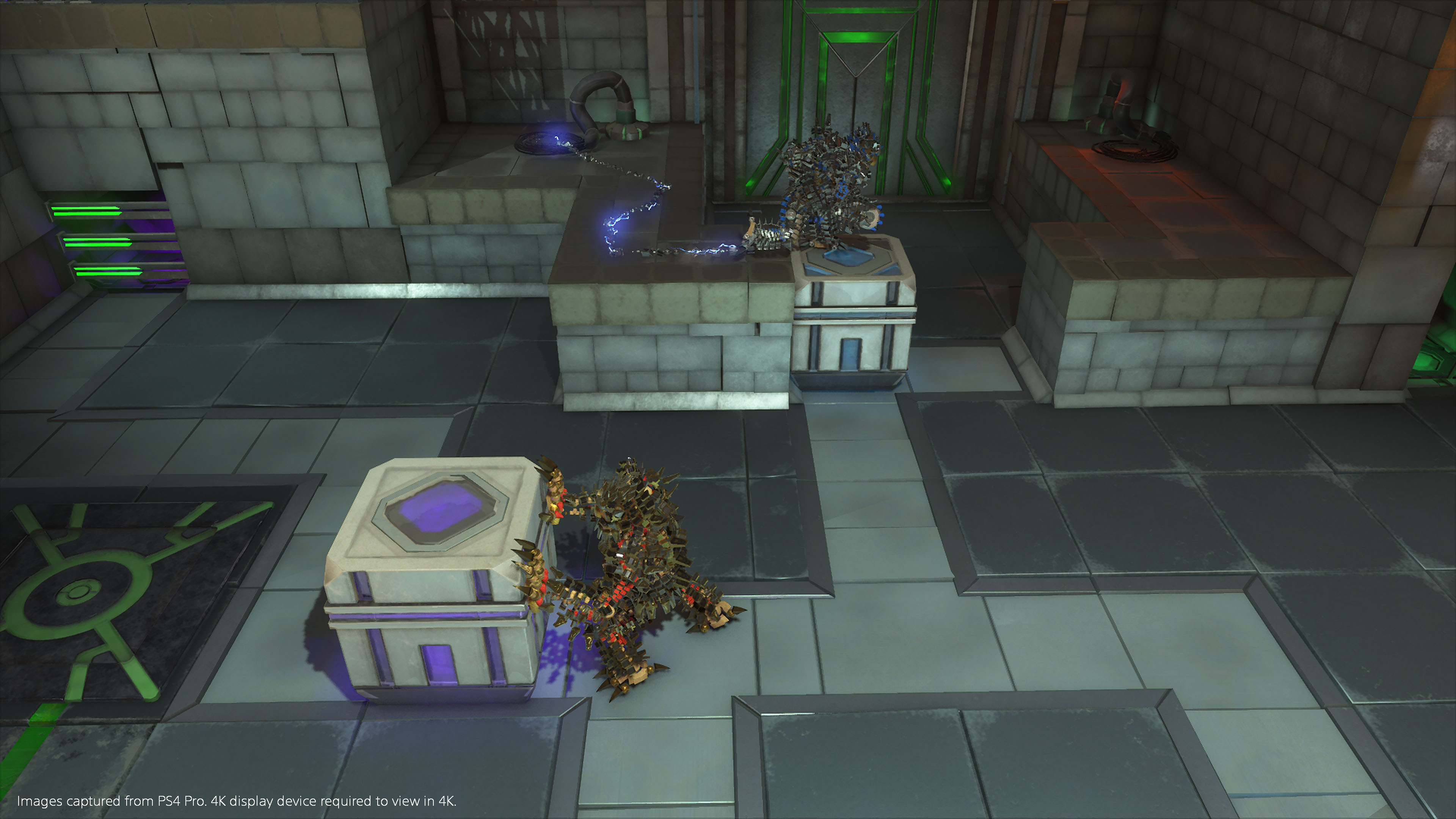 Growing larger isn’t Knack’s only trick though. The player can also press a button to release all of the additional relics at any time, shrinking Knack down to under three feet tall. At this size, he can climb walls by jumping up the protruding bricks, fit into small doors and vents and sneak around in areas where big Knack would instantly be spotted. Small Knack is far more vulnerable as well, but another button press and all the relics instantly come flying back.

Knack also find materials in certain sections of the game that he can use to power up and interact with the level in unique ways. Early in the game, Knack runs across a box full of iron that attached to his relics and makes his hits land a little harder. Plus, when he releases his relics, the iron will rise up in that spot to create a statue that can be used to hold down pressure-sensitive plates. Ice and glass are two other supplementary materials Knack can make use of: ice to freeze enemies (as well as gears to solve puzzles) and glass to sneak through laser grids undetected.

Unfortunately, the messy plot of Knack 2 — which involves a race of goblins that were thought to be extinct bringing a bunch of ancient robots back online to wipe out the humans race — is made even worse by one of the most unlikable casts I’ve seen in a game in recent memory. The voice acting itself is fine, but the way the characters interact with each other is headache-inducing and Knack himself — the character the game is named after — has no arc whatsoever.

If you are looking for the next great Sony mascot platformer to follow up the likes of Crash, Jak and Ratchet, you aren’t going to find what you’re looking for in Knack 2. What you will find is a solid platformer that improves on its predecessor and offers an impressive amount of content, with a sizable campaign, a ton of collectables to discover and a few additional modes once you’ve completed the story. Despite its stumbles, Knack 2 manages to redeem the franchise and give PS4 owners a first-party platforming experience they’ll appreciate.

Sony provided BGR with a copy of Knack 2 on the PS4 for this review.