This is what the future of gaming looks like 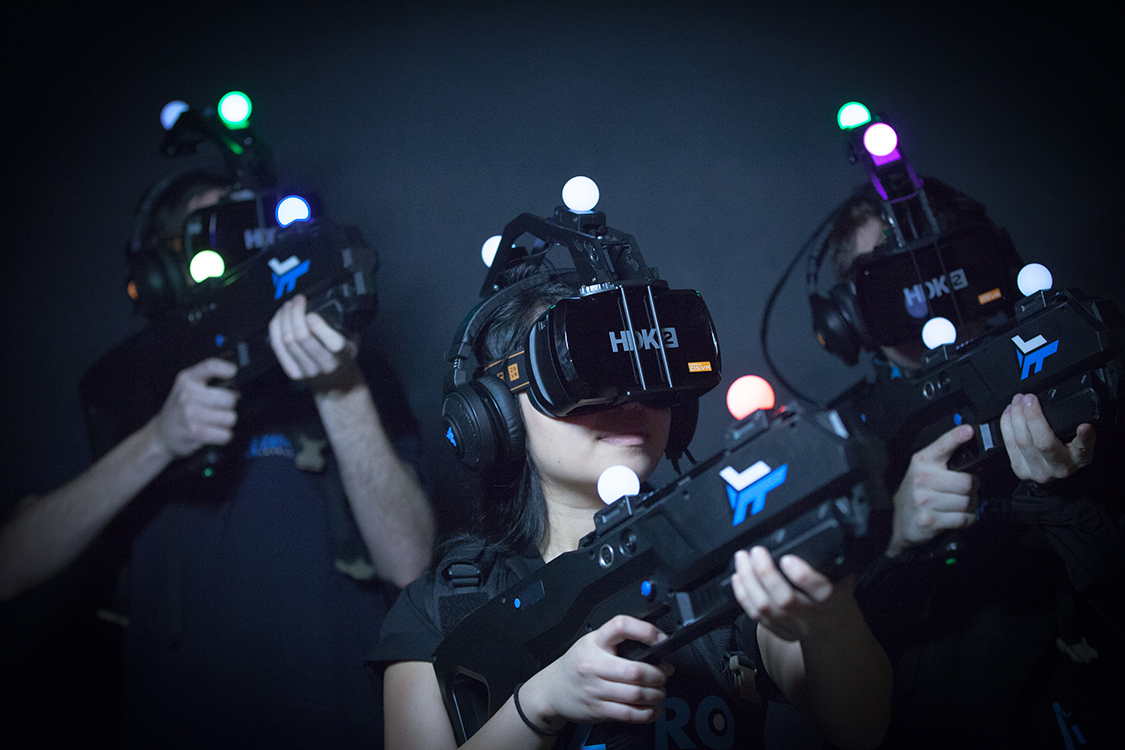 For Zero Latency, a Melbourne-based virtual reality gaming company that’s in the process of helping launch 2,000- to 4,000-square-foot gaming “arenas” around the world, the formula is pretty straightforward.

The power of VR, explains Zero Latency head of global business development Bob Cooney, is the immersion it makes possible. “And the ultimate immersion,” he continues, “is in these big spaces where you get long experiences that are never going to happen at home.”

That’s a bit of a knock on the home VR market, where Cooney explains that immersion is constrained by, well, the size of your living room and all the furniture and everything else that gets in the player’s way. To do VR right, he’s saying, you’ve got to go big. Which explains why his company is on something of a tear at the moment, with six of Zero Latency’s gaming spaces open across four continents right now and three more opening in the next six weeks. And there are plenty more to come, with the company having a total of 24 open by the end of 2017.

One of the newest is a VR attraction powered by Zero Latency that was set to open on Memorial Day at Octane Raceway, a family entertainment center in Scottsdale, Ariz. Other Zero Latency spaces on the way include a VR space in Boston set to open in July, with venues already open in Tokyo, Madrid and Orlando, among other destinations.

As far as business models go, this one is pretty simple. All that’s needed by Zero Latency — the origin of which dates back to the founders’ fascination with the idea of using a custom tracking system to play VR games in a big, empty warehouse-like space – is a room with basically nothing in it. (Other than the dozens of cameras tracking players’ movements, but you get the idea). The company already has rigs for players to use — which include an Alienware gaming computer and a custom backpack — and gaming content that Zero Latency has developed in-house.

Six players at a time can play any one of three games, from a zombie fort defense-style game to a puzzle game that bends gravity. And what those players get, in return, is as much as a 30-45 minute experience that Cooney insists eventually makes you completely forget you’re inside a virtual world.

“You walk in and there’s nothing,” he explains. “It’s a big space with a grid of cameras over your head. And all of a sudden you put on a headset, and you’re in this amazing world and you see your friends in there and you get to explore the space.

“When you’re tethered to your computer or limited to where you take one step and see a virtual wall pop up every five seconds, you’re being pulled out of that immersion. But when you get in a 2,000-square-foot warehouse and through tricks of the trade of going into elevators and turning people around when they don’t realize they’re being turned around — you’re not reminded you’re inside a video game.”

The company’s shortest game experience is 15 minutes. The average customer it sees is 31 years old, but they tend to range from between 25 to 40. And it’s a mainstream crowd, according to Zero Latency — not a purely gamer crowd.

The company is talking to entities like malls and movie theatres and family entertainment centers as candidates for new locations. The beauty of needing essentially an empty space, though, is Cooney says Zero Latency has yet to find a space where the concept doesn’t work.

The games Zero Latency has created and offers to players include Singularity. That one is a 30-minute game where players are investigating something that’s gone wrong at a space station. There’s also the puzzle game Engineerium, where players can walk up walls and ceilings and on twisty curves that Cooney says “mess with your spatial relations,” and Zombie Survival, where players are holding down a courtyard while zombies come at them from all around.

A CNET reviewer who tried out a Zero Latency space called it “the best virtual reality experience I have ever had.” It’s experiences like these that are fueling the expansion of the multibillion-dollar VR market — one that lets you strap on a backpack and headset, grab a gun controller and run around a massive space gleefully double-tapping the undead with your friends doing the same and cheering you on.

“There’s been so much written about VR being an isolating technology, with gamers kind of stuck in their homes,” Cooney said. “Our vision is to continue to build a big, big footprint of these epic social game spaces and bring people together to play games in a social environment.”