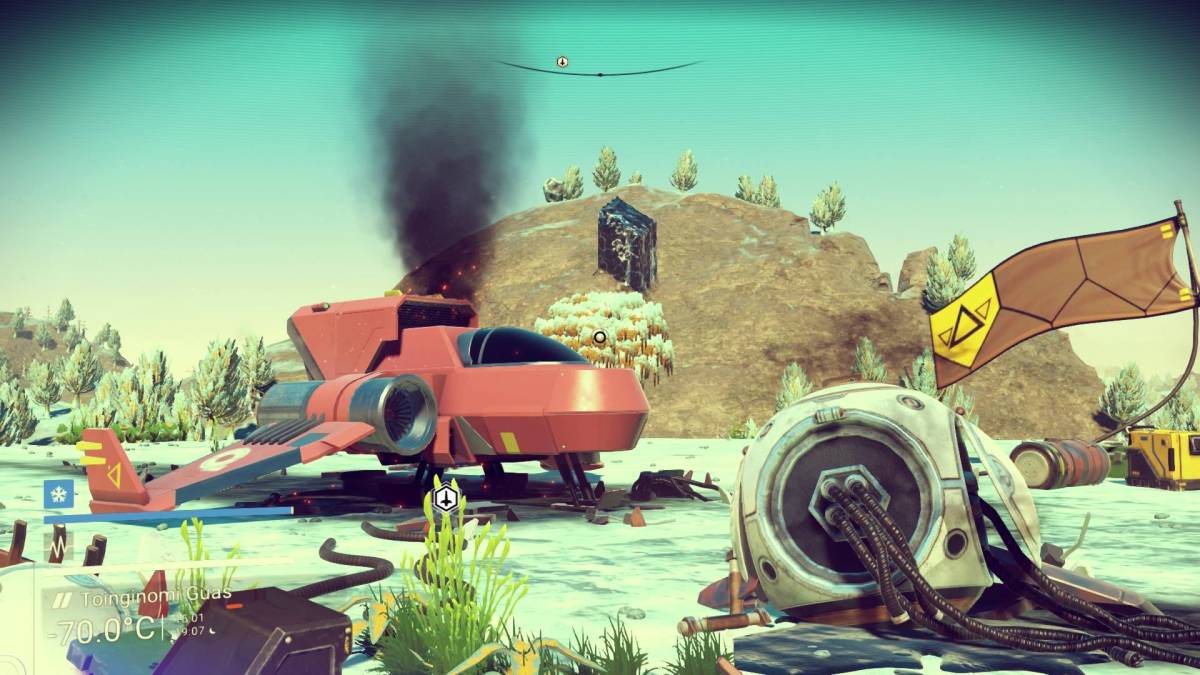 Over the weekend, I, like several other impatient gamers, got my hands on a copy of No Man’s Sky. In spite of my best judgment, I had to know what the game looked like before developer Hello Games had a chance to release the day one patch, which they repeatedly insisted would noticeably change the game.

I had my doubts, but after reading the patch notes for Update 1.03, I can assure you that this is the most significant day one patch ever released.

DON’T MISS: The creator of Deadpool wrote the only ‘Suicide Squad’ review you need

“When we went gold five or six week ago, we posted on Twitter, and literally every reply was like ‘hope you are going on a nice holiday!’ Some of us have, but I didn’t want to, not yet,” said Sean Murray, Managing Director at Hello Games.

The game was “done,” to some extent. The final build had been completed and the discs were being manufactured. After years of hard work, the team was finally done building its own universe, but Murray wasn’t completely satisfied with the product he was shipping. So he went right back to work on fixing bugs, rebalancing the economy, adding new features and so much more.

Here are the full patch notes, which are absolutely bonkers:

Beware these notes contain some spoilers. Here are some things our little team has been up to over the last four or five weeks:

It’s almost like they finished No Man’s Sky and decided to build No Man’s Sky 1.5 before the game could even launch. And if that wasn’t enough, Murray even teased a few upcoming features slated for future updates: base building, owning giant space freighters, temporal AA and new cloud rendering tech.

It’s incredibly odd for a studio to add this many features to a game before it has even gone on sale, but having spent some time with the patch, it’s hard to argue that these changes haven’t improved the game in a major way.