iOS 9.3 isn’t out yet, but this new app will give your iPhone its best new feature 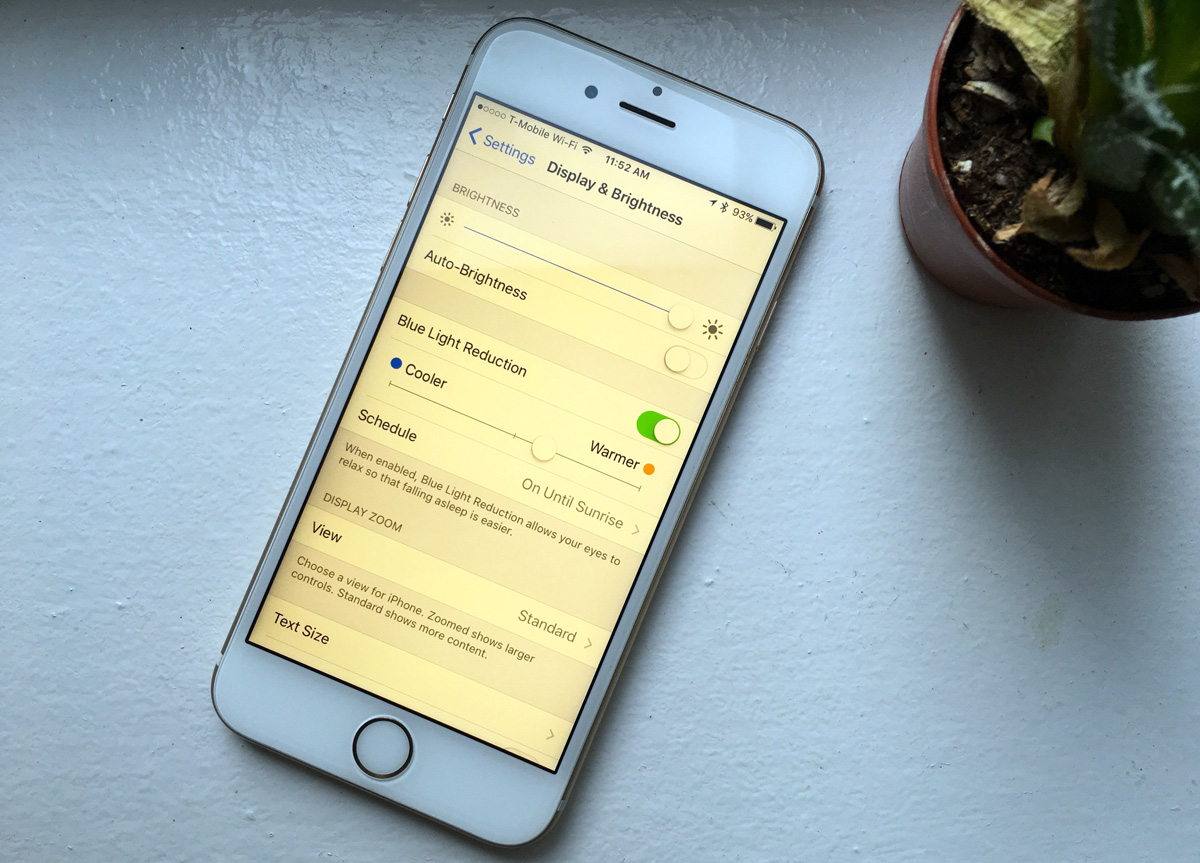 Apple’s next major update of its popular mobile platform is still at least a couple of weeks away from being released, but you don’t have to wait another minute to begin enjoying its best new feature. Or, at least some functionality very similar to iOS 9.3’s best new feature.

Sure you can join the public beta and install iOS 9.3 right now, or you can even install it without the public beta or a developer account using some sneaky methods. But as it turns out, you don’t need iOS 9.3 to enjoy this new feature because Apple just surprised us all and approved an app that adds similar functionality to any iPhone right now.

Apple recently closed a loophole that had allowed a nifty app called f.lux to be installed on the iPhone. Many thought Apple had only taken the trouble so that its upcoming new Night Shift feature was the only game in town when came to the iPhone in iOS 9.3.

Apparently, that’s not the case.

Long story short, Night Shift automatically dials down the amount of blue light emitted by the iPhone’s screen at night. This makes staring at your phone at night much less tough on the eyes. But while Night Shift won’t become available to most users until iOS 9.3 is released in a couple of weeks, a just-updated app called FlexBright can add similar functionality to your iPhone today.

Light Night Shift, FlexBright adjusts the color temperature of your iPhone’s display depending on the time of day. It even takes things a step further than Night Shift by adjusting your screen’s brightness as well. Finally, there’s a “dark mode” that makes everything black and white for strain-free nighttime viewing.

It’s surprising that Apple approved the app, and there’s no telling if the company will reverse course anytime soon. In the meantime, FlexBright’s full description follows below along with a download link.

Is your phone/ipad keeping you awake? Launch FlexBright.

FlexBright will help keep your eyes healthy and detect eye fatigue throughout the day.

FlexBright will continuously monitor your exposure to blue light from your device and prompt you to change brightness if high eyestrain is detected.The app will also allows you to automatically adjust the brightness of your screen based on time of the day.

App Features:
– Smart eye strain calculator to monitor exposure to blue light.
– Prompt you if high blue light exposure is detected before bedtime.
– Provide warning and exercises to rest your eyes when high strain is detected throughout the day.
– Set daytime brightness and nighttime brightness for your device
– App will determine your local sunrise and sunset times to use for day and night brightness if you like
– App will record your device brightness for 24 hours and present it in beautiful and dynamic bar chart.
– Support for 3D Touch on iPhone 6S

Why suffer from that eerie blue glow while texting at bedtime? Download FlexBright now to rest your eyes and get better sleep!

UPDATE: It looks like the app has been pulled by Apple and it’s unclear if or when it will return.

Tweet
Did Hillary Clinton just say she wants a some sort of iPhone backdoor?