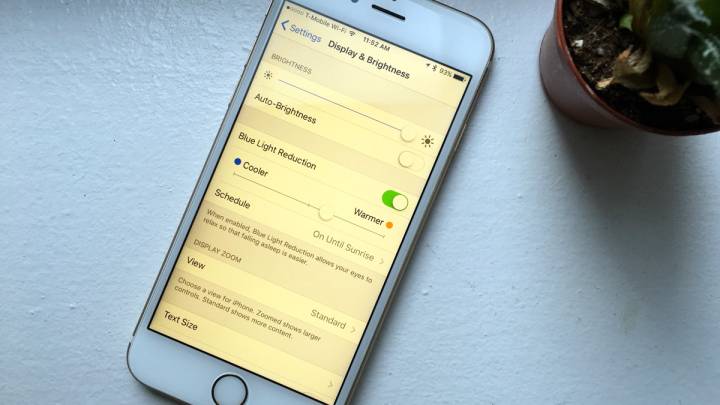 Night Shift is the coolest iPhone feature Apple has stolen in a long time. If you’re not up to speed, Apple’s new iOS 9.3 software includes a great new feature that can adjust the color temperature of your iPhone’s display in order to make it easier on the eyes at night. The feature is a carbon copy of the f.lux app that Apple banned from the iPhone recently, and it’s a nice addition to iOS. It’s also only available in a beta version of the software right now, so it’s not yet available to the general public.

Of course, that won’t stop people from getting their hands on it early, and a new video discusses how you can do it.

Night Shade was cool in iOS 9.3 beta 1, but it’s even better in the newly released iOS 9.3 beta 2. Why? Because in beta 2, a quick toggle has been added to let users enable Night Shift right from the Control Panel.

In the first version of iOS 9.3, Night Shade had to be enabled and disabled from within the display section of the Settings app on iPhones and iPads. Apple also lets users configure an automatic schedule for Night Shift so you can set it to be enabled each night at a certain time and then disabled every morning, but sometimes users will want the feature enabled manually.

In iOS 9.3 beta 2, simply swipe up on any screen to reveal the Control Panel, and then tap the new Night Shift button.

For the time being, this newly modified version of Night Shift is only available officially to users with developer accounts, and it will certainly also be added soon for public beta users as well. If you’re not a developer and you don’t want to wait, the following video from YouTube user Tanner Marsh discusses how to get the feature on your phone now (the topic is discussed beginning around the 6:50 mark).

The risk here is minimal but as always, we recommend caution when installing beta versions of Apple’s iOS software on your device.