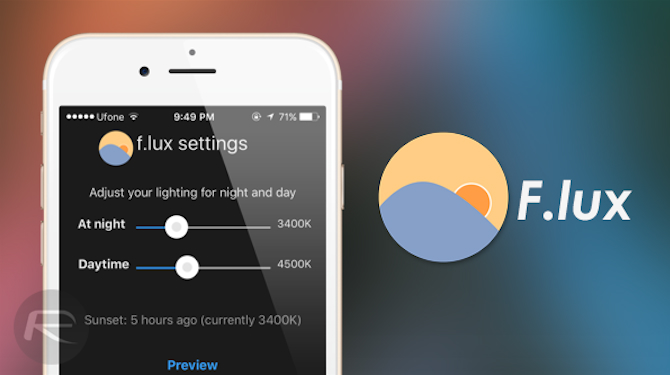 We’re used to seeing Apple ban iOS apps from the App Store for various reasons, but it turns out the company can also “ban” apps that certain developers make available to customers outside of the App Store. That’s exactly what f.lux did a few days ago, posting on its website a free version of its handy iPhone screen brightness management app that’s very popular on jailbroken devices. The developer included information on how to install it on any iOS device without actually jailbreaking it.

Not surprisingly, Apple didn’t like that since “sideloading” lets developers bypass the App Store and Apple’s app review process, opening the door to a whirlwind of problems. So, Apple killed f.lux.

According to a blog post on f.lux’s website, Apple contacted the developer saying that the f.lux for iOS is in violation of Apple’s Developer Program Agreement. How can that be, you ask? Well, f.lux uses Apple’s Xcode to sign apps, so Apple won’t just sit by and allow this to happen.

“f.lux cannot ship an iOS App using the Documented APIs because the APIs we use are not there,” the developers wrote. “In the last five years, we have had numerous conversations with Apple about our product and what would be required to make it work with iOS.”

They continued, “We respect Apple’s products enormously, and we urge Apple to allow work like ours to continue through Documented APIs.”

The developers also revealed the app was downloaded more than 15 million times, and the iOS download page was visited 176,000 times in the first day. This shows that there’s significant interest in an app that can automatically handle the screen brightness and tone, and it’s something Apple should be mindful of, especially considering the company’s increased interest in health and health apps.

“It is proven that screens can negatively influence sleep, and we believe that f.lux makes a significant improvement, as it mirrors very closely the research on blocking blue light before bed,” the company wrote. “But as we’ve discovered, it is even difficult to conduct basic research in this area, because so many people today use mobile devices (with closed APIs) right before bed.”

But, at the same time, developers can’t just bypass Apple’s security measures whenever they want, and that’s exactly what happened in this case.