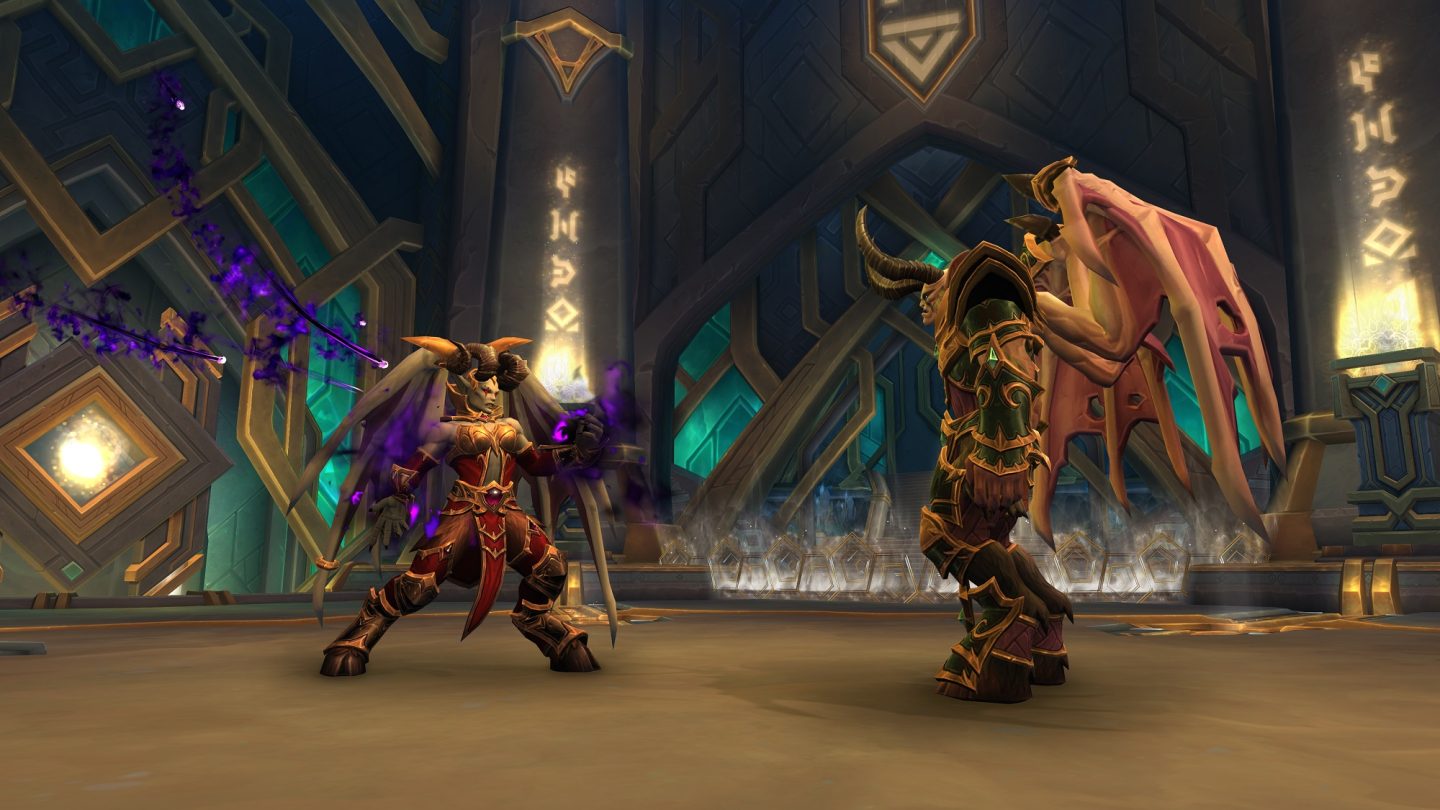 Blizzard will reveal the latest expansion for World of Warcraft later today, but some details have seemingly leaked early. Over the past few days, a user on the MMO-Champion forums has been sharing information about the expansion. Scaleface provided details about Legion, the 2016 expansion, back in 2015. Seven years later, Scaleface is back to spoil another World of Warcraft expansion, and if the leaks are real, it’s called Dragonflight.

Earlier this month, Wowhead found strings in the public source code of the World of Warcraft website for an unannounced product called Dragonflight. Blizzard also recently registered for the web address dragonflight.blizzard.com. In other words, fans were already all but certain about the name of the expansion. But now they have the logo as well:

A Reddit post about the leaks did a great job summarizing the information. First, Dragonflight will introduce the next playable race called the dracthyr. These will presumably be humanoid dragons, fitting the theme of the expansion. They will be neutral to begin with, similar to the pandaren that debuted in 2012’s Mists of Pandaria expansion pack. There will also be a new playable class called Evoker, which will cast Arcane spells.

Additionally, the leaks suggest that World of Warcraft will bring back the original talent trees. There will only be two columns in the trees this time instead of three. Finally, Scaleface says Blizzard will release World of Warcraft: Dragonflight in November 2022.

Beyond the expansion, the leaker also claims that Wrath of the Lich King Classic will launch in September. Blizzard has been slowly rolling out expansions for World of Warcraft Classic since its arrival in 2019. The Burning Crusade expansion made its way to WoW Classic last June, and more than a year later, another expansion is supposedly on its way.

We think we know what to expect, but Blizzard probably still has some surprises in store. If you want to watch live, the expansion reveal stream begins at 9:00 AM PDT / 12:00 PM EDT. We have embedded the YouTube video below, so click play to watch:

Here’s what Blizzard has to say about the upcoming expansion reveal:

World of Warcraft has ignited imaginations through rich storytelling and expansive worlds that prevail throughout the Shadowlands expansion. From the hopeless depths of the Maw to the ethereal plains of Zereth Mortis, the Shadowlands delivers a world that challenges heroes to confront the forces that threaten to upset the cosmic balance between life and death. With the story in the Shadowlands coming to a conclusion, the time is at hand to get a sneak peek at what’s next for the heroes of Azeroth.

This has already been an incredibly busy year for Blizzard. In January, Microsoft announced that it would acquire Activision Blizzard for $68.7 billion. The deal isn’t expected to close until next year, but significant changes are undoubtedly coming soon.

Blizzard also recently launched its first Hearthstone expansion of 2022: Voyage to the Sunken City. As the name suggests, the expansion has a nautical theme. It also introduces the new keyword Dredge, allowing players to see the cards at the bottom of their deck and place them at the top, and the new minion type Naga.