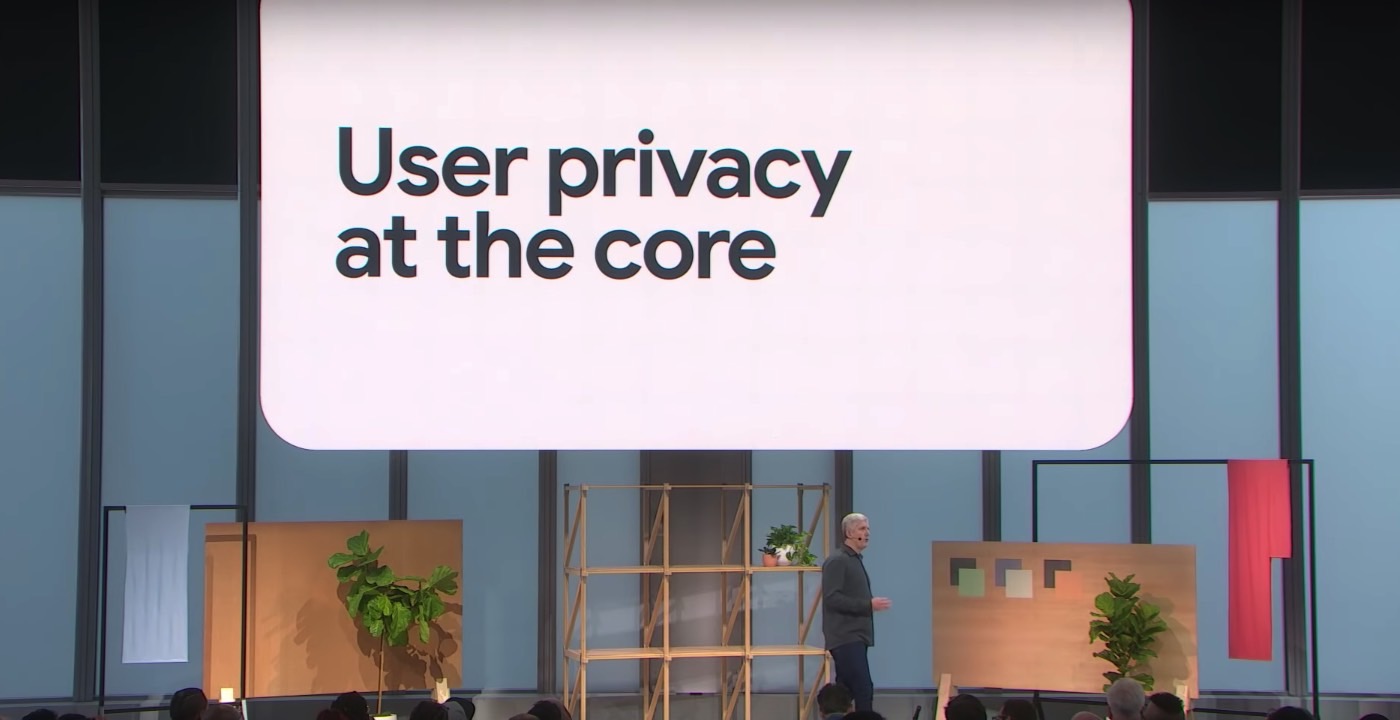 After countless privacy breaches that prompted increased scrutiny from authorities, and after Apple turned privacy into major selling points of its iPhones and Macs, Google and Facebook quickly pivoted to supporting stronger privacy even though it goes against their whole business model — collecting user data in return for free services, and turning that into piles of cash courtesy of ads. Both companies have a long road ahead to prove they really mean it when they say they want to protect user privacy, no matter how exciting it may be to hear them come up with new pro-privacy features for their products. Google is the latest example, but some of its newest privacy features don’t seem to be anything more than a marketing ploy.

Google execs who helped unveil various Made by Google products earlier this week uttered the word “privacy” no fewer than eight times, as if repeating the word would put us in a trance. This isn’t Beetlejuice, and Google’s privacy features might not help everyone. Before we proceed, I’ll remind you that I’ve already explained that all the privacy features Google built into Android 10, as awesome as they might seem, have a glaring issue. Android 10 is nowhere to be found on most Android devices right now, and many of them will never get it. So if you don’t plan on buying a flagship phone with Android 10 preinstalled like the Pixel 4 or your device doesn’t support the new operating system, Android won’t protect your privacy any better now than it has been in the past.

This brings us to this Fast Company’s article that reveals other reasons to worry about Google’s new privacy push. Specifically, the report refers to Google’s new auto-delete features that “are practically worthless for privacy.”

Google did mention during the event that you are in charge of your data and can delete it with ease. However, your data stays on Google’s servers for a minimum of three months before you can remove it. And Fast Company says that by the time you do so, Google would have already extracted most of the advertising value.

“Anything up to one month is extremely valuable,” Wpromote head of paid search David Dweck told the blog. “Anything beyond one month, we probably weren’t going to target you anyway.”

Advertisers are more interested in recent data, and that’s the kind of data they buy from Google. Anything too old isn’t as relevant for ad targeting, the exec said. “I feel like them auto-scrubbing data every three months is really lip service. It’s not some massive change, because the reality is that no one was really buying that data.”

The exec also noted that, no matter what Google does with your data, third-party advertisers can and will still track you beyond those 90 days.

A Google spokesperson told Fast Company that its research showed a preference among users for three-month and 18-month auto-delete windows. But it’s unclear how educated those users were. For many people, including yours truly, the fact that three-month-old data is worthless is the kind of information you don’t see that many people share. The spokesperson also said that Google is open to feedback and might change the time frames.

Amazon is matching Google for Alexa data auto-deletion, arguing that parents might want to review Alexa commands from their kids, or their own activity before deleting it. The company also confirmed that by keeping Alexa data for longer, it can improve machine learning models of its own.

Dweck acknowledged that deleting user data sooner would hurt advertisers, adding that even just 24 hours of data is extremely valuable. “If we hadn’t captured you in that first 24 hours, we’re not going to know what your intent was,” he said. “If they scrubbed after 24 hours, it would be a huge impact on us, because we wouldn’t be able to target you beyond that short window of time.”

With that in mind, let’s also remember that Google does build some excellent “free” services that make money from ads, and its bottom line would be hurt significantly if it were to allow users to auto-delete personal data that quickly. As the report notes, you can still delete data from Google’s servers manually, but you’d need to visit three separate pages for web/search, YouTube, and location history.

UPDATE: Google reached out to BGR to clarify that you can go into Web and App Activity and delete items whenever you want, something I and the original report also mentioned.

I was however wrong about the way auto-delete works. You only need to enable it once for it to work.

Finally, Google makes it clear that it doesn’t sell anyone’s personal information which is, of course, true. Google won’t give advertisers means to identify anyone, but the company uses data from your activity in Google products for better ad targeting.