Privacy is finally starting to feel like a priority for Google, and you only need to look at the company’s Android Q presentation from this year’s I/O event to realize that Google is going to be more serious about protecting your data, location included, from third-party developers and Google itself.

But that’s good news only on paper. In reality, many Android users will not get those Android privacy features Google advertised on stage, and that’s because Android isn’t built that way.

To recap, Android Q will let you easily make sure your privacy is protected. The operating system will remind you when apps want to use your location data, and you’ll have location controls directly in the Settings app. Google’s whole location tracking scandal is probably to thank for that.

On top of that, Google announced a new Project Mainline initiative that aims to send security updates directly to your phone faster than before. You won’t even have to reboot your phone. The project works with 14 modules, which gives Google even more control over patching security issues. 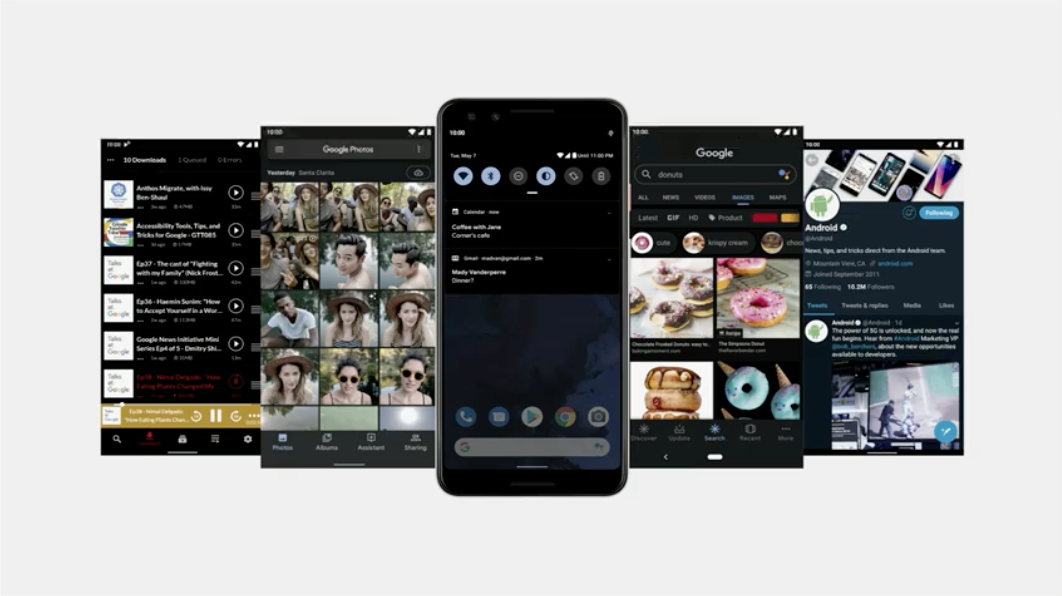 That doesn’t mean that Google’s other new privacy-related features should be disregarded.

Google made it clear during other sections of the keynote that it’s more serious about focusing on bringing Google Assistant voice processing to devices, and uploading less of your data to the cloud for machine learning purposes. The company is also making it easier for you to use incognito modes across its apps, including Google Maps and Search, which is also laudable.

These features will be available immediately to users on the web and mobile, and that’s great. But, again, when it comes to Android, only a few hundred million people will get Android Q’s more advanced privacy and security features, and it’ll take months, if not longer, for that to happen.

Google opened its Android segment at I/O by telling the world that more than 2.5 billion Android devices are in use. Crucially, however, Google didn’t tell us how many of them run Android Pie. Head over to Google’s developer section and you’ll notice something incredibly surprising. Google hasn’t updated the data, in more than six months. Those stats used to be updated every month, but not any longer:

Back in late October, Android 9.0 Pie’s share was so tiny it didn’t even make the graph. That’s how we knew Google hasn’t been selling its Pixel phones at a decent clip. It’s unclear how much that share has grown since, but Pie certainly can’t be the most prevalent Android version in the wild. From the same graph, we’ll note that, after more than a year in use, Android Oreo accounted for just 21.5% of the market in late October 2018.

When Android Q launches this summer, it’ll be available on existing Pixel phones initially. All the other non-Google phones that support the Android Q beta might also get the final Android Q version faster than expected. But that’s not enough for everyone else using Android. Assuming Android Q will also reach a 20% share after a year, we’ll still be looking at some 2 billion Android devices that won’t get Android Q by August 2020. Some of them will never even get Oreo or Pie.

In other words, as amazing as Google’s privacy-related features for Android Q might sound right now, it’s still not enough. A considerable number of Android users will not get the same privacy protections that Google’s so excited to discuss right now. And, sadly, Google said nothing about what it’ll do to protect the privacy and security of those people still using older Android versions.