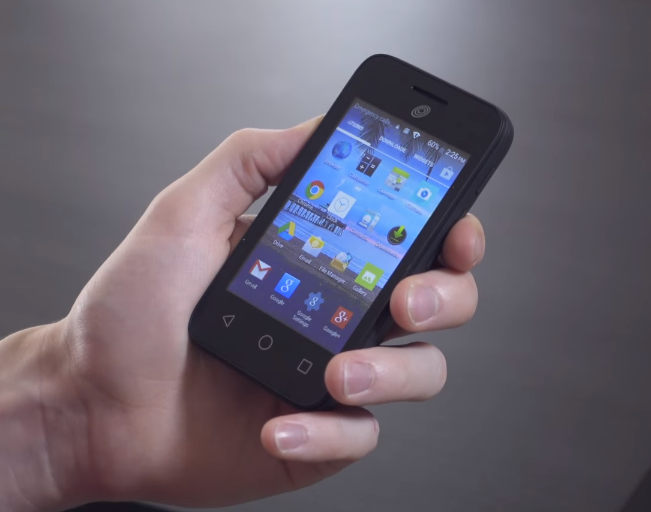 Android phones aren’t all glitzy flagship devices like the Galaxy S7 edge and the LG G5. In fact, the majority of Android phones out there are dirt-cheap phones made by no-name companies. Gadget YouTuber Austin Evans recently got his hands on a $20 Android phone called the Alcatel Pixi Glitz and he decided to see how it stacked up to other Android phones on the market. While he wouldn’t personally use it as his primary device, he did say that for $20 it’s a “pretty solid” device.

First of all, let’s be clear that this phone does not deliver anything close to the sort of experience you’ll get on a modern flagship phone. The camera is trash, the touchscreen is tiny at 3.4 inches has has a resolution of just 320 x 480 pixels, and it has an all-plastic build.

But… it’s $20! And even better, Evans says that it “doesn’t feel cheap” to hold and actually “feels sturdy.” It also has both Wi-Fi and LTE connectivity, so you can at least get your data to load at a reasonably speedy clip.

The biggest problem with the device comes when you try to live with it every day. It can handle fairly simple apps like Twitter pretty well but its small screen really does wear on you after a while. Additionally, the device is not very fast and Evans says you need to “re-calibrate yourself” to expect that every task on the phone will take at least two extra seconds compared to what it would take on a modern flagship device.

“Basically, this phone is straight out of 2010,” Evans concludes. “For $20 I don’t expect much… the fact that it has a touchscreen and runs Android for $20 is pretty solid.”