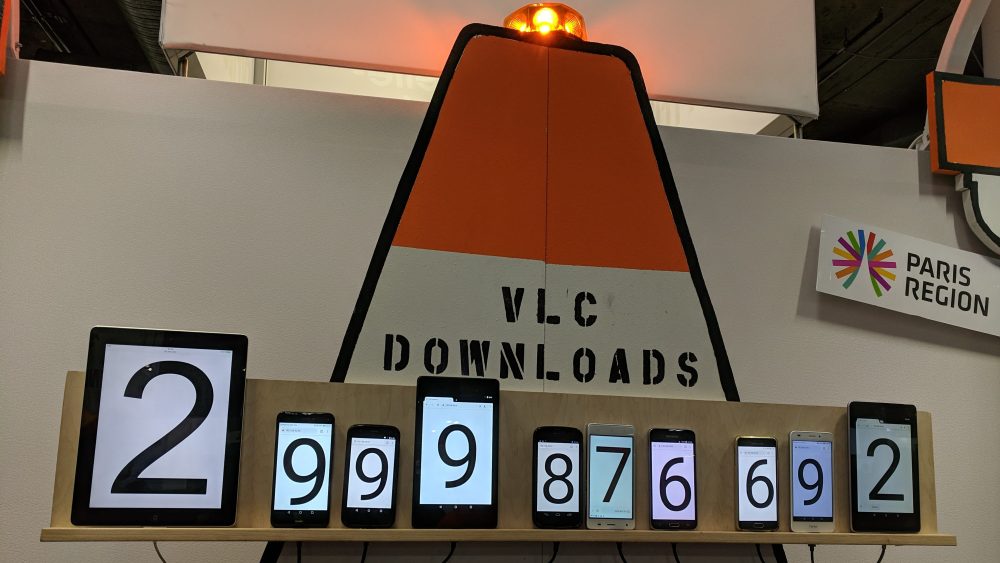 Present at CES 2019, creator of the VLC media player VideoLan confirmed that it’s working on adding AirPlay support to the popular app, as well as support for VR devices. The company also featured a countdown timer at their booth, which revealed the app would soon receive its three billionth download.

VLC is expected to surpass the milestone on Friday, Variety reports, with some 25% of the downloads expected to originate from mobile devices. VLC is probably the most popular media player of all time, as it’s capable of playing almost every type of video and music file known to man.

The Videolan team confirmed it’s working on bringing AirPlay support to VLC, which will let Android device owners beam videos from their mobile devices, including iPhone and Android, to . It’s unclear whether VLC will support AirPlay or AirPlay 2, but it wouldn’t be surprising to see support for latter added to the app. Earlier this week, a variety of TV makers including Samsung announced support for AirPlay 2.

He also explained that support for VR is coming soon. The feature, which allows VR headset owners to play 2D movies in a virtual theater, was demoed at CES 2019. According to the developer, Videolan reverse-engineered most VR headsets to support VR video through the main VLC app natively. That way, only 1 megabyte of additional code was needed to make the app work on VR headsets. Using SDKs that headset makers provide would have resulted in hundreds of megabytes of extra code for VLD.

The company is also looking to create a more complete media library for its app, to make it easier for users to switch from iTunes. But Kempf said that VLC would never compete with the likes of Plex and Kodi.