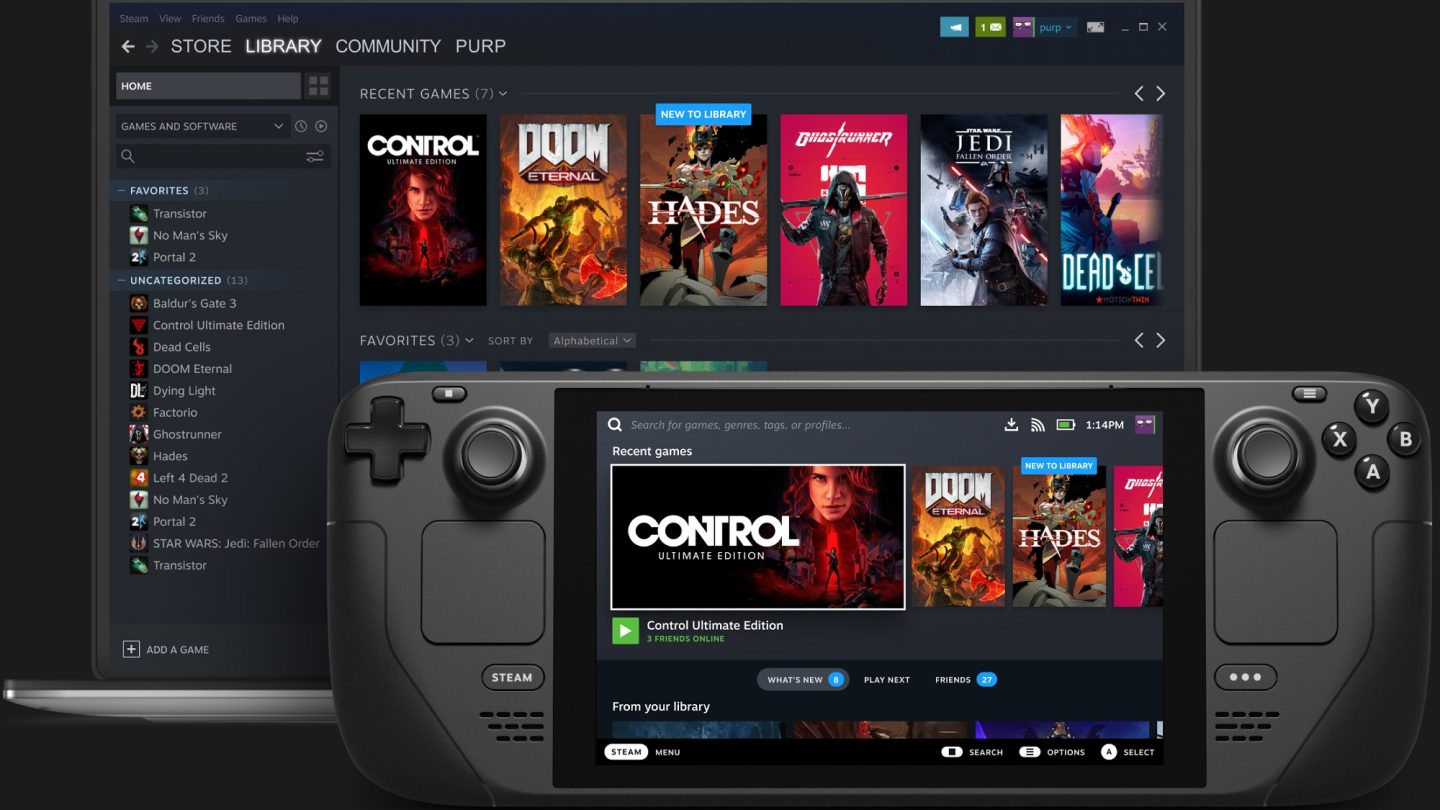 At long last, the Nintendo Switch has a serious challenger. On Thursday, Valve announced the Steam Deck — a handheld device capable of playing PC games. The Steam Deck has a similar layout to the Switch, with a 7-inch touchscreen, an analog stick on either side, ABXY buttons, and a D-pad. This December, the Steam Deck will be available starting at $399.

In addition to the standard gaming controls, the Steam Deck also features trackpads to the sides of the display. Some games were not meant to be played on a handheld, but the trackpads will allow for mouse-like precision. Valve’s console is also equipped with a gyroscope. That way, you can physically move the device around for more precise aiming in shooters.

As for the specifications, the Steam Deck is equipped with a custom APU from AMD. Valve calls it a “Zen 2 + RDNA 2 powerhouse” and says that it can run all of the latest AAA games. The console also features up to a 512GB NVMe SSD, Hi-Fi audio, a 40Wh battery, Wi-Fi, and Bluetooth. You can expand the storage with the Steam Deck’s microSD card slot or USB-C jack.

In addition to playing all of your Steam games, the Steam Deck can also run non-gaming PC software. You can browse the internet, stream movies and shows, or even get some work done. The Steam Deck will even let you install game stores other than Steam.

Much like the Switch, the Steam Deck has an official dock. Beyond propping the console up, the dock can also connect to external displays, wired networking, USB peripherals, and power. The dock will be sold separately from the console, and a release date has yet to be announced.

There will be three models of the console available at launch. The console with 64GB of eMMC storage will retail for $399, the model with a 256GB NVMe SSD will cost $529, and the fastest model — with its 512GB NVMe SSD — will run you $649. Both the 256GB model and the 512GB model include a carrying case and a Steam Community profile bundle. The 512GB model also comes with premium anti-glare etched glass and an exclusive virtual keyboard theme.