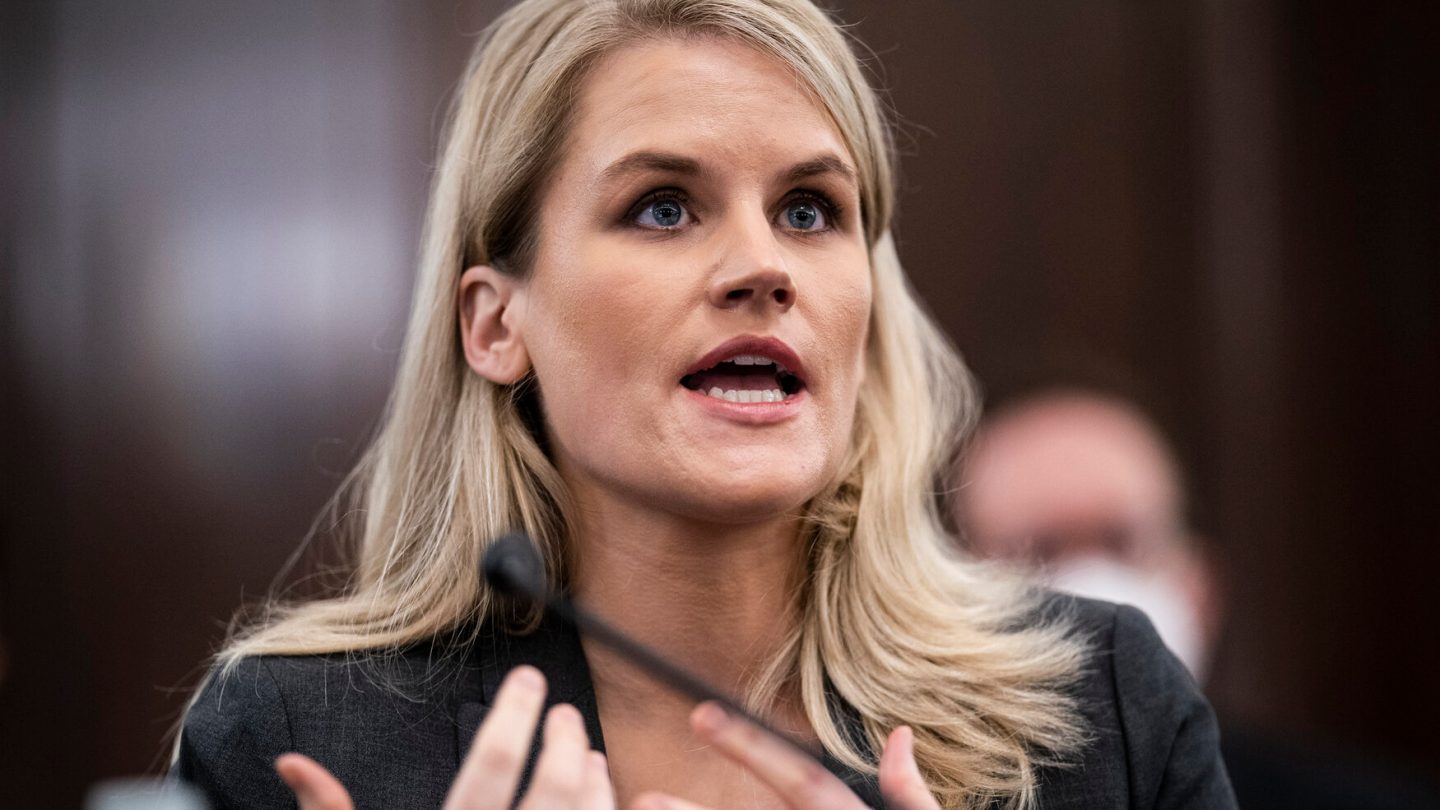 Facebook whistleblower Frances Haugen’s testimony last week — as well as internal data and documents from the social network, which she provided to The Wall Street Journal for a damning series of stories — have given us one of the biggest Facebook bombshells in a long while. And that’s saying something, because there have been so many. At least one huge, holy crap-level scandal every single year, even starting years before Cambridge Analytica in 2018. And there’s always a point, during the ensuing madness, when the cognoscenti wonder aloud, is this it? Is this the one? The scandal of scandals that’s finally big enough to wreck Mark Zuckerberg’s dystopian advertising and social networking machine once and for all?

Like clockwork, the answer is always “no.” Even though all of you go on to declare Facebook’s days are numbered. Maybe even demand an investigation. Decry how evil this company is. And convince yourselves that surely there’s no way the company can come back from this one. Which … it always does, partly because of the rationalizations that start creeping back in. I hate Facebook, and boy I sure would leave it if I could (You literally can! No one is pointing a gun at you, people!) And yes, I understand that fake news abounds on the platform. As well as misinformation that’s especially dangerous in the midst of a pandemic. But I can’t even keep you Facebook-haters straight anymore. To some of you, Mark Zuckerberg is the chief of the Thought Police, excessively censorious and callously zapping away any post that contains thought crime. To others, Zuckerberg is staggeringly permissive. With way too much of an anything-goes attitude when it comes to the platform.

This brings us back to Haugen. And to the Facebook whistleblower who’s blown the whistle on the fact that… the social networking giant exists to make money, among other things.

In fact, Facebook is so zealous in its pursuit of profit, she says that it’s even willing to make children feel bad about themselves. “I believe that Facebook’s products harm children,” Haugen said at one point during congressional testimony this week, adding that the documents she made available prove that Facebook’s “profit optimizing machine is generating self-harm and self-hate — especially for vulnerable groups, like teenage girls.”

The @Facebook whistleblower's testimony was refreshing and frightening by turns, revealing the company's awful internal culture, where product design decisions that benefited its users were sidelined if they were bad for its shareholders.

Haugen, by the way, is a data scientist who worked at Facebook up until May. That’s when she left with documents that purport to prove Facebook is aware of its properties’ toxicity. And that, also, it’s not doing everything it can to create safer products for the billions of people using Facebook’s apps.

The problem, however, is that one of Haugen’s claims is less of a revelation than a Rorschach test. You see in it what you’re predisposed to see.

The one we’re talking about is the assertion about teens and mental health. As NPR has noted, Haugen’s research along these lines consists of interviews and opinion surveys. Surveys, NPR adds, in which “Facebook asked teens about their impressions of Instagram’s effect on their body image, mental health, and other issues.

“That reliance on self-reporting — the teens’ own opinions — as a single indicator of harm is a problem, says Candice Odgers, a psychologist who studies adolescence at the University of California, Irvine and Duke University. That’s because teenagers are already primed by media coverage, and the disapproval of adults, to believe that social media is bad for them.”

In Facebook’s annotations of the slides that Haugen leaked? It was reported that “30% of teen girls felt Instagram made them feel worse about their bodies.” That was based on 150 survey responses out of a few thousand Instagram users who participated. Moreover, they only responded to that question if they already acknowledged having body image issues. So, NPR correctly notes, this finding is not representative of a random sample of teen girls. “It’s a subset of a subset of a subset.”

Whistleblower @Snowden privately met w/ a handful of press contacts in a clandestine location in Hong Kong under anonymity.

One of these is not a whistleblower.pic.twitter.com/zPSQbWPHxj

Here’s something else these discussions tend to overshadow. In a 2021 study from independent researcher Victoria Rideout, who’s published several studies focused on young people and their online habits, she found 43% of respondents said social media usually makes them feel not worse but actually better when they’re dealing with things like anxiety or depression. Again, from NPR: “Less than half as many, 17%, said it usually makes them feel worse. The rest said it makes no difference either way.

“Rideout’s research suggests that there is a small group of severely depressed teenagers for whom social media has a bigger impact for better and for worse. She thinks they should be a focus of future research.”

Back to the teenage girls, researchers have certainly been trying to tease out some of these same links and potential causalities since long before Facebook and testimony from a Facebook whistleblower — to include the effect that flipping through, say, an issue of Cosmopolitan might have on a young woman. Or watching unrealistic images of beauty portrayed on TV shows.

Everyone can surely agree that this is a complicated problem, with lots of layers and challenges to sort through. But it’s also true that the media hive mind’s lame, knee-jerk Facebook screeds serve absolutely no one here. Especially when, as we’ve seen above, they’re wide of the mark.