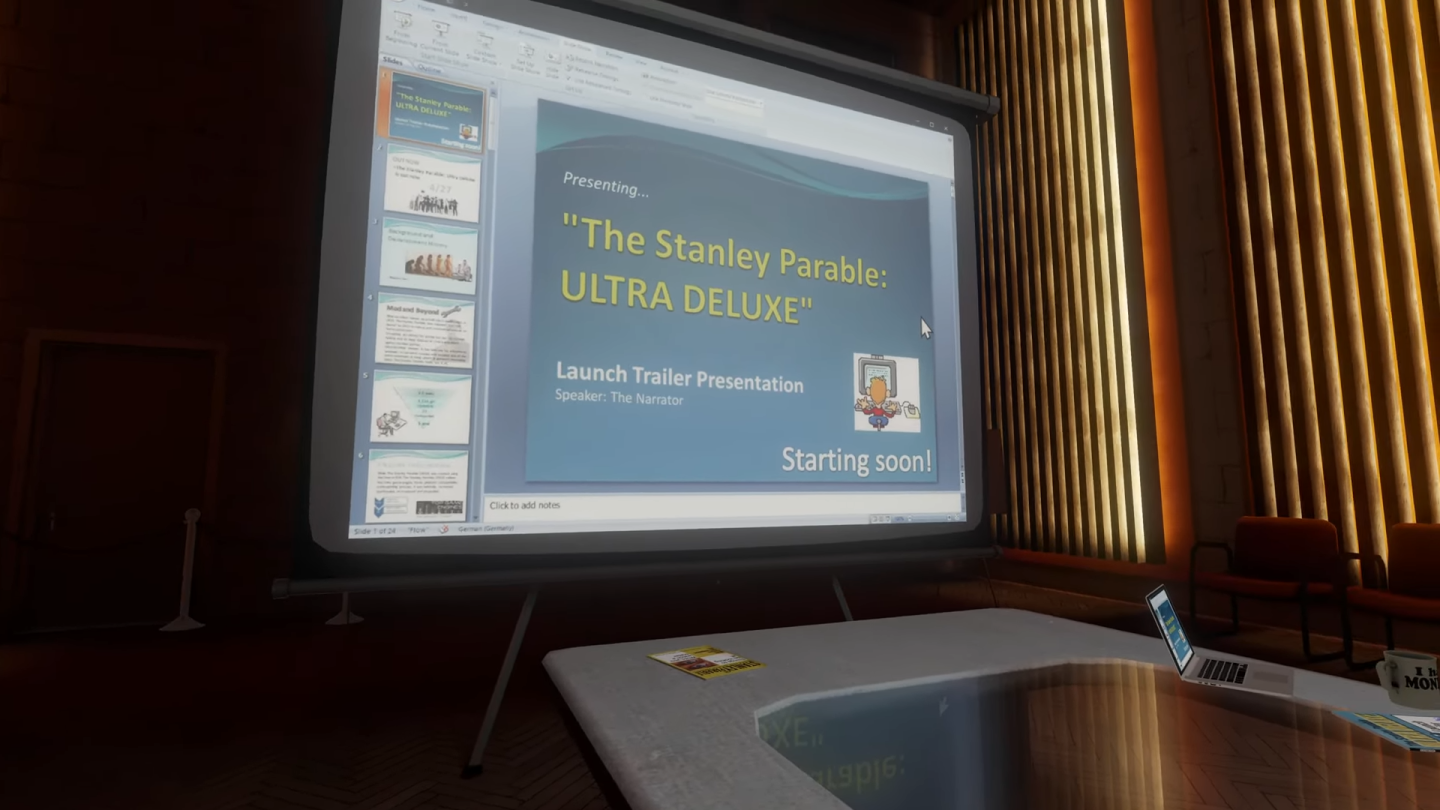 Developer Crows Crows Crows have finally released The Stanley Parable: Ultra Deluxe. But the highly anticipated remaster of the beloved 2013 indie game is much more than just the pretty new coat of paint the developers have splashed upon it.

The Stanley Parable: Ultra Deluxe is almost the sequel we never got

Part of what seems to make this remaster so exciting for players is the fact that the game expands on Stanley’s adventure quite a bit. I haven’t had a chance to play too much of the game myself just yet, but I did start it up. According to multiple reviews, though, the remastered version of the game comes with a ton of new content.

IGN‘s Tom Marks chalks up that expanded content as a theoretical sequel to the original game from 2013. Overall, Marks says that the game feels like they folded some essence of the sequel into the remaster. It’s a nice turn of events, especially for those who have been waiting almost ten years for a sequel. Of course, these changes to The Stanley Parable: Ultra Deluxe really only affect returning players.

Upgraded for new players, too

If you haven’t played the original game, there’s still a ton to experience here. On top of all the new content that Marks mentions, the developers say they’ve added new choices to Stanley’s journey. As always, part of the allure of The Stanley Parable: Ultra Deluxe, and the original before it, is the mystery of it all.

Who exactly is Stanley? What is this company he works for? Why does he go on this journey? When does the game end? These are all questions that you’ll find yourself facing as you explore Stanley’s adventure. And, if you’ve never played the original 2013 release, you can do it all with upgraded visuals.

Overall The Stanley Parable: Ultra Deluxe is like a sequel inside of a remaster. Marks and others didn’t go into detail about what makes it feel like that, but the general consensus seems to lean in that direction so far. I was already excited to play through the newly released indie remaster now that it’s out. But, learning that the developers have sprinkled even more into Stanley’s mind-bending journey just makes it all the more enticing.

You can pick up The Stanley Parable: Ultra Deluxe on Steam right now, as well as on PlayStation, Xbox, and Nintendo Switch.