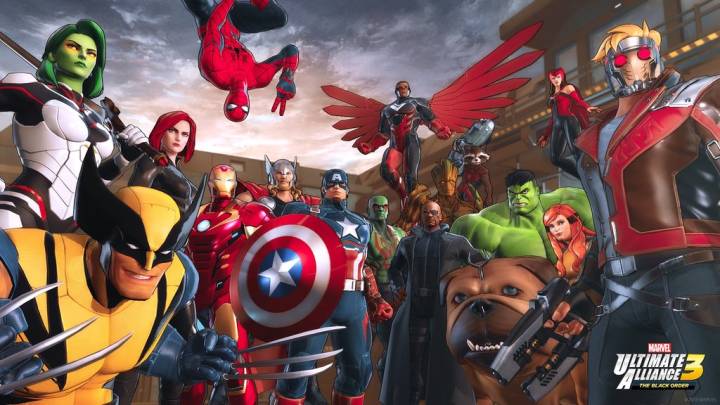 We’re all happy for the hard-working developers, composers, designers, and content creators who walked away with trophies at The Game Awards tonight, but if we’re being totally honest, the reason that many of us tuned in was to see all the world premiere trailer and announcements that Geoff Keighley wrangled for the event.

Needless to say, the show outdid itself again with an eye-popping number of shocking reveals (many of which didn’t leak before the show!), and while this isn’t quite all of them, we’ve rounded up the best below.

The Stanley Parable is one of the strangest, funniest, most thought-provoking PC adventure games I’ve ever played, and if you haven’t, I have some good news for you: It’s coming to consoles. Before the show actually started, a short trailer played revealed The Stanley Parable: Ultra Deluxe, which will apparently feature “new endings, new choices, and new platforms.” But developer Crows Crows Crows didn’t specify which consoles.

Nearly ten years after arrived on the PS2, Xbox 360, and Wii, the series is getting new life on the Switch. In Marvel Ultimate Alliance 3: The Black Order, you can play as the Avengers, the Guardians of the Galaxy, the X-Men, and more, as you and your teammates fight to stop none other than Thanos and his Black Order.

Far Cry New Dawn takes place seventeen years after the conclusion of Far Cry 5, as the people of Hope County, Montana attempt to put their lives back together following the explosive ending of the previous game. The game comes out on February 15, 2019 for $39.99 on PlayStation 4, Xbox One, and PC.

Hades, the next title from Supergiant Games, is “a rogue-like dungeon crawler in which you defy the god of death as you hack and slash your way out of the Underworld of Greek myth.” You can actually play it right now in early access on the Epic Games store for $19.99.

Midwinter Entertainment, a team made up of Battlefield, Call of Duty, and Halo veterans, is building a third-person “survival shooter co-opetition” game. It’s a match-based multiplayer game, but you won’t always be shooting everyone you come into contact with, as you will occasionally have no choice but to work together to survive. Playtests for the game, Scavengers, will start in 2019, but no release date has been announced yet.

Forget all those Crash and Spyro platformer remakes — this is the PS1 game that needed a remaster.

Easily the most exciting announcement of the show, The Outer Worlds is a new FPS from Obsidian — the same people who made Fallout: New Vegas a few year (you know, the good Fallout). While it has shades of Fallout, it’s set in outer space, it looks a bit like Borderlands mashed up with Mass Effect, and I want it desperately.

Everyone’s (other) favorite monster-slaying action game is coming to PS4 and Xbox One in April 2019.

Believe it or not, in between fixing No Man’s Sky and building massive new content packs for No Man’s Sky, someone at Hello Games apparently had time to make a new game. And it looks incredibly cute!

ATLAS is a massively multiplayer online first-person pirate adventure game, which is a mouthful. But it also looks like what Sea of Thieves should have been, complete with ship building, large-scale sea battles, living, breathing cities, and apparently ancient gods. Coming to Steam on December 13th, Xbox Game Preview next year.

BioWare explained in a blog post on its site that it has been working on a new Dragon Age game “for quite a while now,” and though it will be “quite a while” before the developer is ready to share any specific details about the game (much less a release date), the team is finally ready to show us the teaser above.

The Pathless is the next game from the creators of Abzu, and beyond being stunning, it also looks pretty fun. You play as an archer accompanied by an eagle in a massive forest, trying to dispel a curse of darkness.

We still don’t know when the third season is coming, but maybe this 16-bit game will help tide us over.

Mortal Kombat 11 is the follow-up to 2015’s Mortal Kombat X. We still don’t know much about it, but the developer, NetherRealm Studios, says that this sequel will feature Custom Character Variations that “give you unprecedented control to customize the fighters and make them your own.” There’s also a new graphics engine, new fighters (plus returning favorites), and a cinematic story mode. Launches on April 23rd.

We already knew that Psychonauts was getting a sequel, but this is the most we’ve seen of it since it was announced three years ago. It was originally supposed to come out this year, but it is now slated to launch in 2019.

The first DLC character coming to Super Smash Bros. Ultimate after the game launches is Joker from Persona 5. On a personal level, I could not be more excited. What a wild, ridiculous addition to this massive roster.