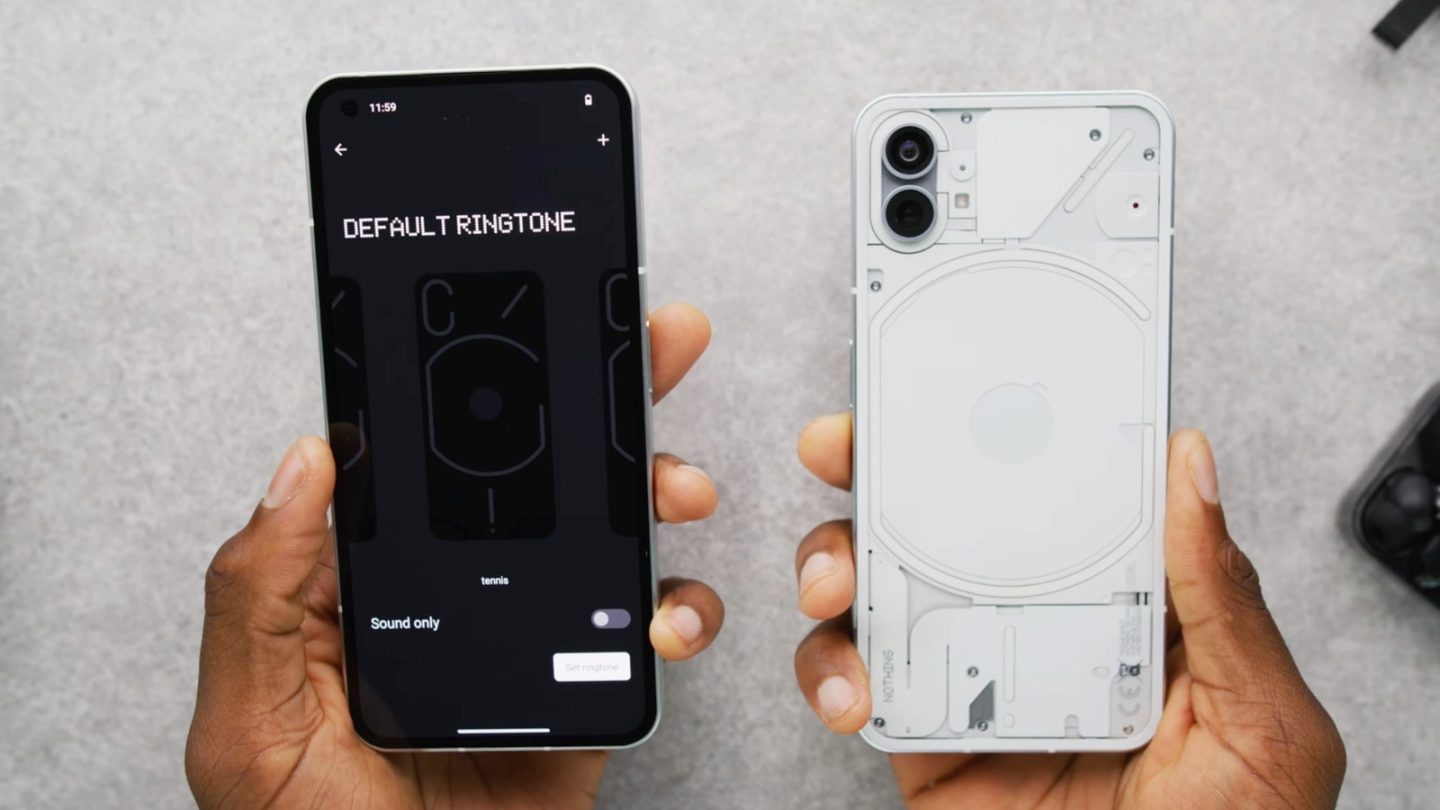 There’s been a lot of talk recently about the Nothing Phone (1) for all the wrong reasons. The newest entrant in the crowded mobile industry is a company headed by a smartphone veteran. The former head of OnePlus, Carl Pei, is back making smartphones and using creative ways to build anticipation around an unreleased product. But there’s no reason to get excited about the handset, considering the company is only talking about the gimmicky rear panel. That said, the only reason to buy the Nothing Phone (1) might be the price, which leaked ahead of the phone’s release.

Much ado about Nothing

Nothing is betting big on a “transparent” Phone (1) design similar to the company’s first-gen wireless earbuds. But the handset is hardly transparent. Instead, it features plenty of LED strips on the back, with the handset lighting up in various instances. This is hardly a must-have feature on any device, especially a flagship smartphone.

It turns out the Nothing Phone (1) will only look like a flagship handset — the iPhone 12, to be more specific. The device will feature a mid-range chip, according to recent reports. As a result, the Phone (1) should have a decent price point. And this brings us to the latest Nothing Phone (1) leak, which reveals the handset’s price and specs.

A recent benchmark leak claimed the Nothing Phone (1) would feature the Snapdragon 778G+ System-on-Chip (SoC) from Qualcomm. That’s not the high-end Snapdragon 8/8+ Gen 1 that powers flagship Android handsets like the Galaxy S22 series. And there’s nothing wrong with Nothing going for a mid-range experience first. But the specs don’t justify the ample marketing campaign that Nothing is running for the phone.

Also, let’s not forget that Apple’s mid-range $429 iPhone SE 3 rocks the same chip as the iPhone 13. Similarly impressive is the mid-range $449 Pixel 6a that will be just as powerful as the Pixel 6 and Pixel 6 Pro. You’ve guessed it, Google brought its custom SoC to the mid-range models just like Apple did.

The Nothing Phone (1)’s full specs appeared in a brand new leak. According to a tipster, the handset will offer a decent mid-range experience thanks to the following specs:

The price estimate for the handset comes from 91mobiles. The blog says the phone will be available under an invite system in India, retailing for Rs. 24,999 ($317) a piece.

That’s an exciting price estimate, which seems too good to be true. But even if the Nothing Phone (1) price won’t exceed $400, you should remember that Nothing doesn’t plan to sell the device in the US. The only way to get it is to import it from one of the markets where it’ll be available. And that will add extra costs.

But you’ll have to wait until July 12th, when Nothing will formally launch the Phone (1).