By Chris Smith
Updated 8 months ago 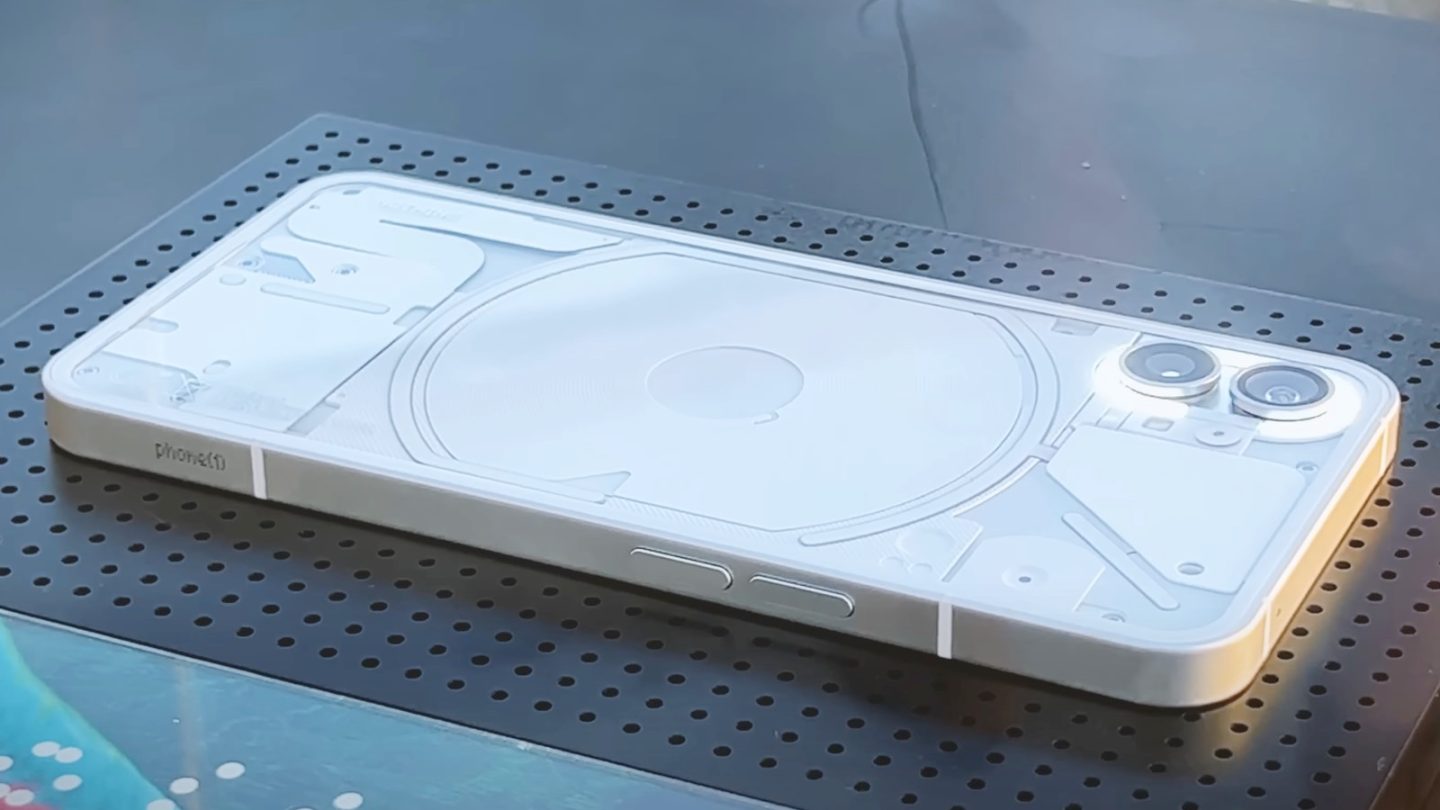 Nothing’s marketing blitz is running at full speed ahead of the Phone (1) announcement next month. The company unveiled the back of the phone during an event in Switzerland last week, and now it continues to show the world what the side of the smartphone that nobody should care about will do on its handset. More important than the rear-facing gimmicks are the Phone (1)’s screen design and software features, areas where Nothing isn’t ready to reveal anything.

But the first hands-on preview of the Phone (1) actually shows the screen in action, and it’s exactly what you expect. And it’s equal parts both good and bad.

Last week’s Nothing Phone (1) rear design reveal confirmed the phone would look like an iPhone 12. Why not iPhone 13? Well, the camera placement is different on the newest iPhones.

At the time, I speculated that the front would probably look like an iPhone screen as well. But Nothing would use a hole-punch display instead of a screen with a notch. That’s because 3D face authentication like Face ID is probably too expensive for the startup. And placing the selfie camera under the screen for a perfect display experience would be too risky.

It turns out that anyone expecting the Phone (1) to feature a regular hole-punch display design was right. Marques Brownlee offered a hands-on video focusing on the rear side of the handset. He explicitly said that he is only allowed to talk about the back of the phone.

But in the process of showing the gimmicky feature of the back of the handset, the YouTuber also gave us a look at the front of the phone with the screen turned on.

The Nothing Phone (1) screen will remind you immediately of the iPhone, thanks to what appears to be a perfectly symmetrical bezel. The Galaxy S22 is another example. But the S22 itself resembles the iPhone 12.

Put differently, the first iPhone that will feature a hole-punch display will look a lot like these Android handsets, Nothing Phone (1) included. And we do know that Apple is heading in that direction. The iPhone 14 will bring over a pill-and-hole design for the Pro models. In a couple of years, the Face ID components in the pill cutout should go under the screen.

What does the back do?

Brownlee did not discuss the display, specs, software experience, or user interface in his Nothing Phone (1) hands-on preview. Aside from the glimpses at the phone’s screen, he focused on what the rear side could do.

We already saw last week that the transparent Phone (1) will not get you a look at the actual components of the handset. Everything is covered up, so we’re only pretending we’re looking at the phone’s components. Moreover, the Phone (1) features several strips made of over 900 LEDs, that have different purposes.

That’s what the YouTuber showed in the hands-on video. And based on what I’ve seen, we’ll have two types of people when it comes to liking the Phone (1) design: those who want nothing to do with the lights and those who like them.

I’ve already hinted that I’m not a fan of this gimmicky way of selling phones. The screen design and software experience should matter the most when going for a device like the Nothing Phone (1). The rear tricks should be an afterthought.

That said, we know how the LED lights work. First of all, you can light all of them up to act as a flash while using the camera. Also, there’s an LED indicator on the back that lights up when you record video. The phone also features a regular flash that works as a flash.

Then, the LED strip on the bottom will act as a progress bar for the battery. Just move the phone around while it’s charging, and that strip lights up to tell you how far along you are. Well, assuming you’re holding the phone on a desk face down.

The larger LED strip surrounding the wireless charging coil will light up during wireless power transfer.

Finally, you can customize the LED strips to light up in various ways for notifications. Not only that, but the LED lighting system will match various ringtones. This explains why Brownlee gave us a look at the Nothing Phone (1) screen during the hands-on. We had to see both the ringtone interface and the rear behavior of the lights. You need two Nothing phones for that.

These features will be useless most of the time, and especially if you don’t want a transparent case for the handset.

There’s one key detail that the hands-on video doesn’t cover. It’s unclear what the Nothing Phone (1)’s rear panel is made of. Plastic and glass are the obvious choices. Hopefully, it’s the latter, as plastic isn’t that great of a material for an Android flagship. And we do expect the Phone (1) to be a high-end handset.