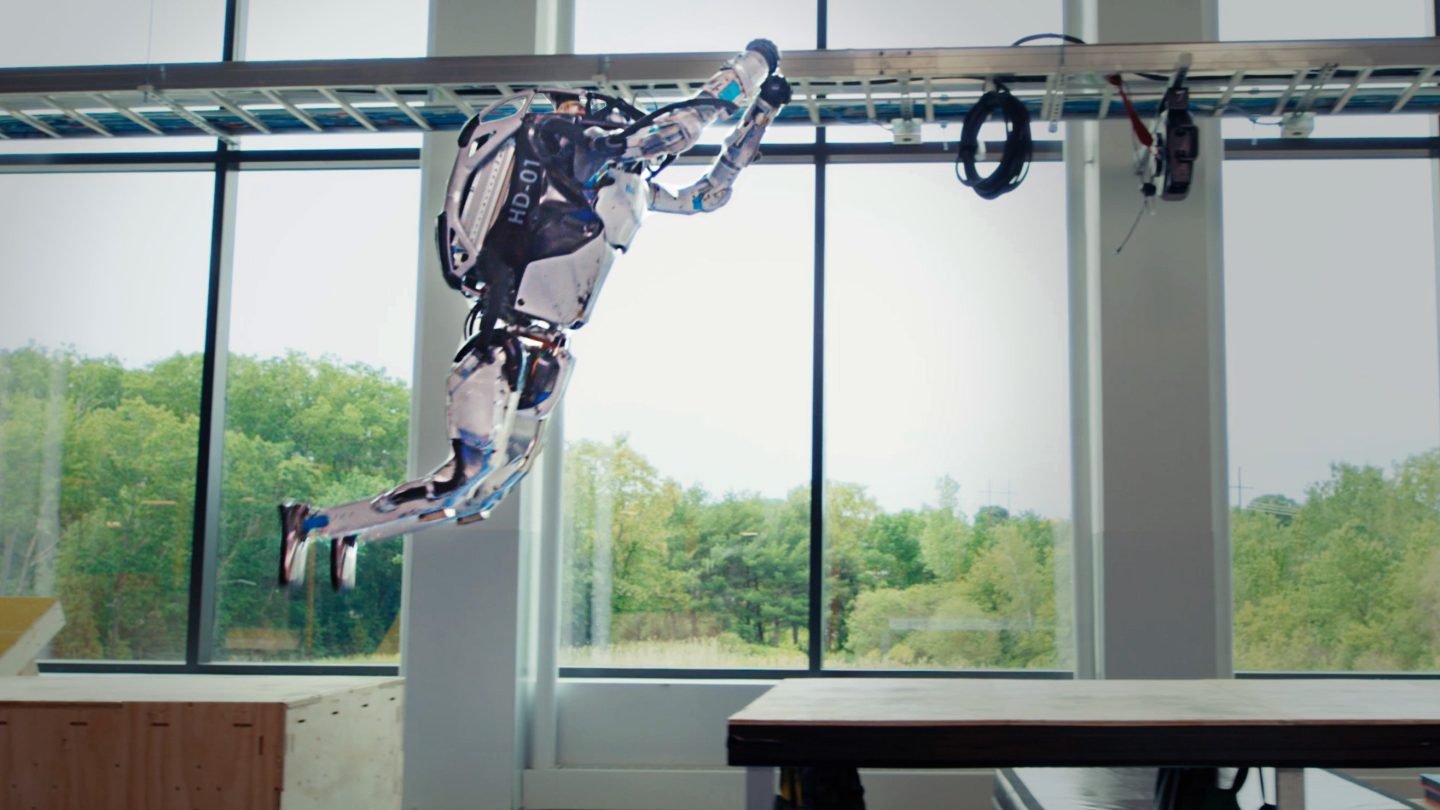 When it comes to attention-grabbing virality, the team at Boston Dynamics has possessed the Midas touch for a while now. The best example of this came late last year, with a video that practically broke the internet and showed not one Boston Dynamics robot, but three, all dancing in sync to the song Do You Love Me. Now, the Hyundai-owned robotics firm has again shown off its creations having mastered yet another skill — a parkour routine.

In the new video, which you can check out below, a pair of Boston Dynamics Atlas robots jump gaps and run across beams while also executing backflips. All of it, by the way, a product of months of development work from the company. “A robot’s ability to complete a backflip may never prove useful in a commercial setting,” the company explained in a summary of this project. It adds that Atlas is a research platform, not a commercial product. “But it doesn’t take a great deal of imagination or sector-specific knowledge to see why it would be helpful for Atlas to be able to perform the same range of movements and physical tasks as humans. If robots can eventually respond to their environments with the same level of dexterity as the average adult human, the range of potential applications will be practically limitless.”

In this new video, both Atlas robots appear to finish a complex obstacle course flawlessly.

The first of two robots is shown running up plywood panels, broad-jumping a gap, and running up and down stairs. Which the company set up on the second floor of its headquarters. The second robot, meanwhile, leaps onto a balance beam and follows the same steps as the first robot. Albeit, however, in reverse. Both robots also execute two synchronized backflips.

Parkour is the perfect sandbox for the Atlas team to experiment with new behaviors. Through jumps, balance beams, and vaults, we push Atlas to its limits to discover the next generation of mobility, perception, and athletic intelligence. https://t.co/xZRNVnhrkc pic.twitter.com/E0ssh45ZCi

“Humanoids are interesting from a couple perspectives,” says Scott Kuindersma, the Atlas team lead at Boston Dynamics. “First, they capture our vision of a go-anywhere, do-anything robot of the future. They may not be the best design for any particular task, but if you wanted to build one platform that could perform a wide variety of physical tasks, we already know that a human form factor is capable of doing that.”

Why Atlas and parkour?

Teaching the robots to do something like parkour, on one level, is pretty entertaining to watch. But parkour is also a good encapsulation of very useful behaviors worth teaching to a robot. For example, it’s a whole-body activity, as the company explains it. One that requires the Boston Dynamics robot be able to keep its balance in different situations. And to seamlessly switch from one behavior to another.

“It’s really about creating behaviors at the limits of the robot’s capabilities and getting them all to work together in a flexible control system,” Kuindersma says. “There are many important problems that parkour doesn’t force you to address, but that’s not the point. We’re not trying to solve everything all at once. The work we’re doing now is allowing us to create a solid foundation for tackling the next set of research problems.”