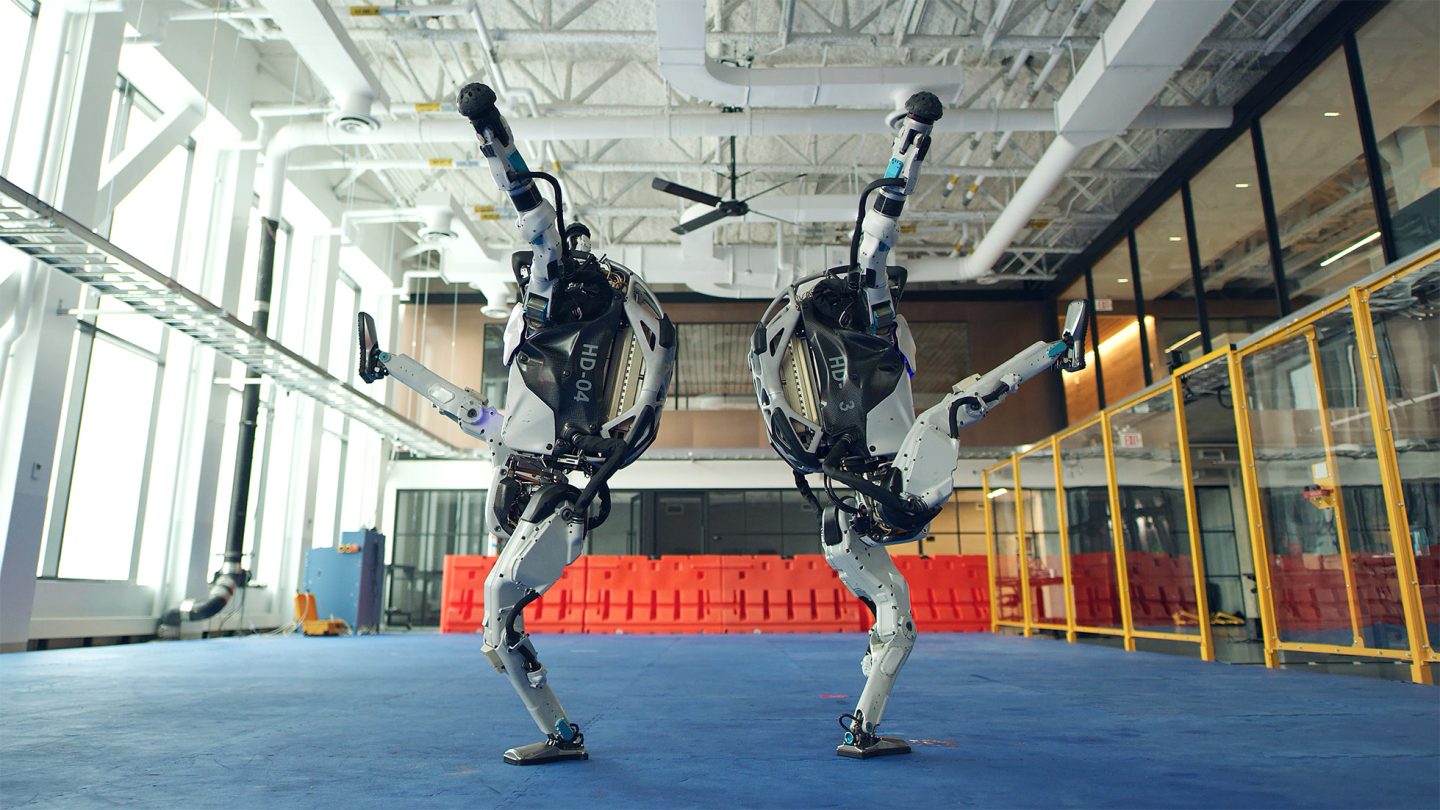 The coronavirus pandemic turned our world upside down this year, but it’s nice to know there are still some things that haven’t changed, Like the guarantee that whenever Boston Dynamics releases a new video, showing off the frightening and awe-inspiring capabilities of its Atlas and Spot robots, the internet will immediately melt down in a collective fit of slack-jawed amazement and trepidation about what our robot overlords will eventually have in store for us.

The latest video from Boston Dynamics, though, is something we didn’t see coming after the previous displays of skills like parkour, opening doors, and backflips, some of which have threatened to haunt our nightmares. The company has also previously shown its dog-like robot named Spot dancing before (to Uptown Funk, in 2018) but this time the company decided to film all of its robots, together, executing some killer (er, no pun intended) dance moves. Set against the tune of the classic song Do You Love Me, the result is available for you to check out below.

In this video, which lasts for almost three minutes, the Atlas robots execute all manner of dance maneuvers, jumps, and routines, eventually doing so in sync with other robots. “Our whole crew got together to celebrate the start of what we hope will be a happier year,” the company says. “Happy New Year from all of us at Boston Dynamics.”

Founded in the early 1990s as a spin-off of the Massachusetts Institute of Technology, the company was bought by the X division of Google parent company Alphabet in 2013 and later acquired by SoftBank in 2017. Commenters have largely been much more positive this time around about the company’s latest video, compared to the somewhat ominous skills displayed in previous Boston Dynamics robot videos.

“Great, a robot can do the running man and I still cannot,” reads a comment left by one Facebook user. From another: “Keep up the good work, and all the best for your future projects (p.s., they dance better than me).”

Here, too, is some of the reaction from Twitter users about the seriously impressive new skills from the Boston Dynamics robots — including from Tesla CEO Elon Musk, who very famously is no fan of artificial intelligence:

If they don’t love us, we’re in deep trouble!

I never thought I would see the day that robots would put me to shame at dancing.
Boston dynamics Ma pami na https://t.co/MMignc6uS2

This is seriously cool! Real-world robots dancing and having fun. Boston Dynamics sure knows how to keep people entertained with their videos. Given how 2020 turned out, this is welcome relief :) https://t.co/coEeFTJynv