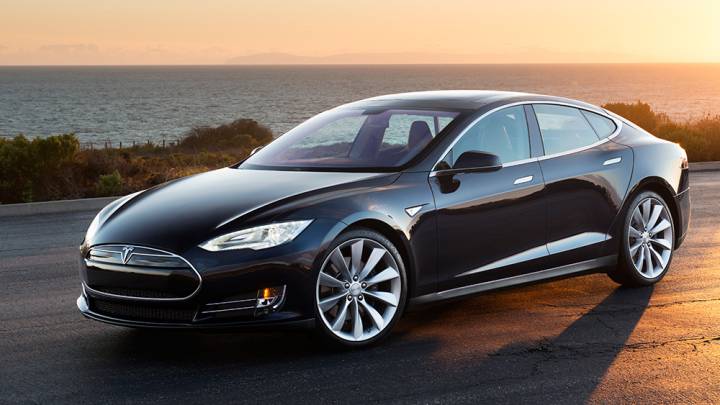 If you just got yourself a shiny new Tesla and you can’t wait to test its self-driving capability, you really should remember that driverless cars aren’t quite ready for primetime yet and Tesla’s Autopilot features are still in beta. That means you definitely shouldn’t fall asleep behind the wheel like this guy, and you always need to be ready to take control if something goes wrong.

The following video shows you what can happen with car software that’s not finalized even when the driver is actually paying attention to the road. In it, we see a Tesla Model S crash itself into a van that’s parked partially in the lane the Model S is traveling in.

The accident occurred somewhere in Switzerland in what appears to be heavy traffic. The parked van had its hazard lights on, and the Model S wasn’t speeding.

“None of the safety systems worked correctly,” the Tesla driver who posted the video on YouTube wrote, listing the following things he identified as having failed:

1. The TACC, active cruise control did not brake as it normally does
2. The collision avoidance system (AEB) did not make an emergency brake
3. The forward collision warning turned on way too late; it was set to normal warning distance
4. The TACC actually was speeding up just before I did hit the brakes

“Yes, I could have reacted sooner, but when the car slows down correctly 1,000 times, you trust it to do it the next time too. My bad,” he wrote.

Meanwhile, Tesla Europe told the driver that all systems worked as expected. The damage to the car was extensive — apparently the entire front of the car needs to be replaced, including a parking sensor and a steel beam.