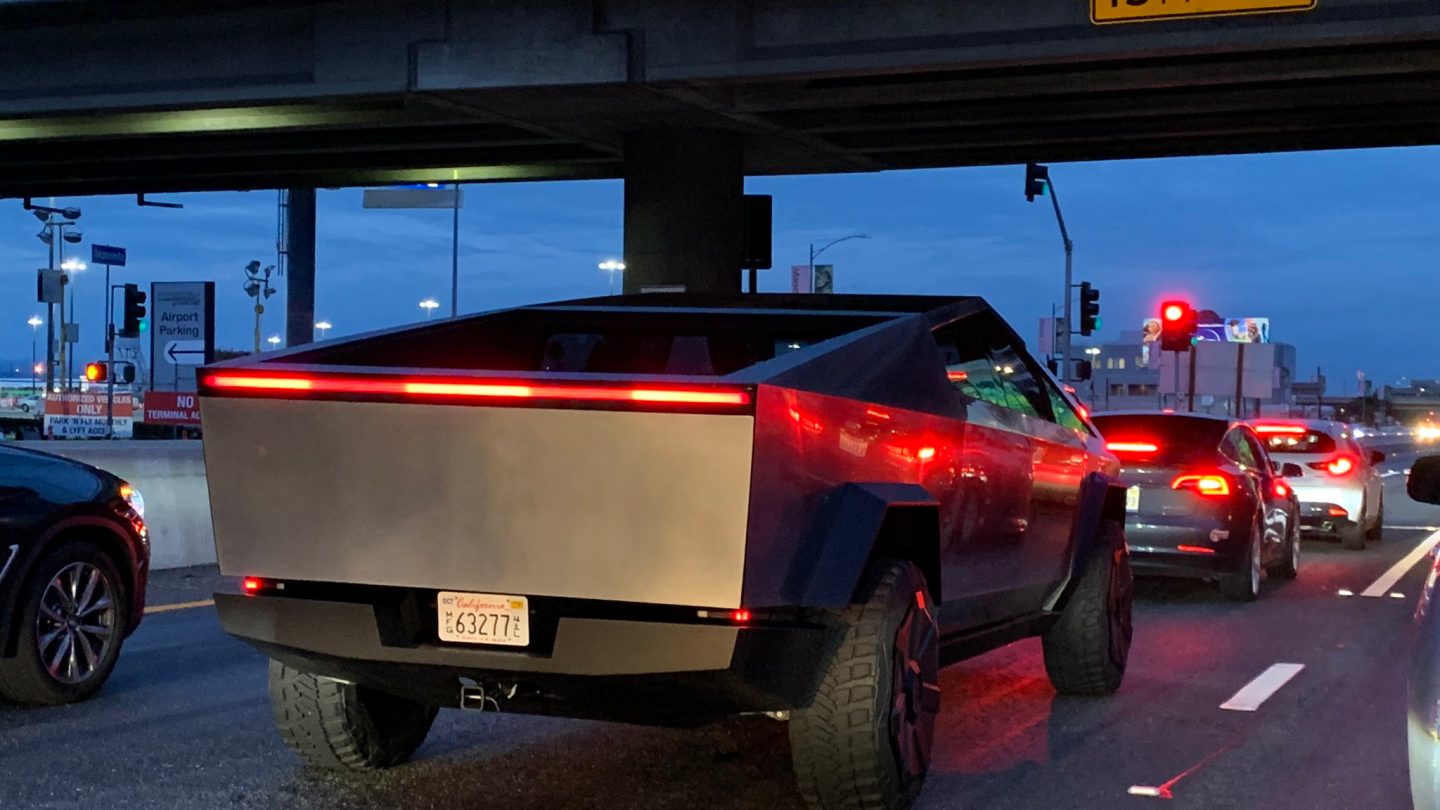 One of the more integral aspects behind Tesla’s success has been its ability to design electric vehicles that don’t look like traditional EVs. Whereas most people used to associate EVs with clunky and unappealing form factors, Teslas’ Model S emphatically proved it was possible to create an EV that looked like a modern luxury sedan.

Since then, Tesla designer Franz von Holzhausen has been on an absolute tear. In the span of just a few years, Tesla’s Model X, Model 3, along with what we’ve seen of the forthcoming Tesla Semi and next-gen Roadster, underscore the talent on Tesla’s design team. The recent unveiling of Tesla’s Cybertruck, however, raised quite a few eyebrows.

Without question, Tesla’s Cybertruck looks nothing like anything we’ve ever seen before. The design, to put it bluntly, is polarizing. The Cybertruck effectively looks like a military truck from a post-apocalyptic movie. Elon Musk clearly wasn’t lying when he said Tesla’s first pickup truck would feature a “futuristic cyberpunk ‘Blade Runner’” design.

Despite a lot of question marks surrounding the design, interest in Tesla’s Cybertruck has been rather impressive. Just one week after its unveiling, Cybertruck pre-orders reached 250,000. Since then, some speculative reports have estimated that the pre-order tally could be as high as 500,000.

While certainly impressive, it’s worth noting that a Cybertruck pre-order simply requires a fully refundable $100 deposit. In contrast, there was a $1,000 deposit for the Model 3 when it was unveiled.

That notwithstanding, interest in the Cybertruck appears to still be growing. According to a report from Electrek, Cybertruck pre-orders are still coming in strong despite the devastating impact the coronavirus has had on the economy:

Now Tesla’s new orders have slowed to a crawl in the US, according to sources talking to Electrek, but some of the sources say that Tesla is still getting a steady stream of Cybertruck reservations.

Some markets are still seeing hundreds of new Cybertruck pre-orders per week even in the middle of the pandemic.

While it remains to be seen how many of these pre-orders turn into actual orders, there’s no denying that Tesla is sitting pretty right now. All told, the Cybertruck looks like it will be able to compete toe-to-toe with established pickup trucks like the Ford F-150.

As it stands now, Tesla is aiming to begin production on the Dual Motor and Tri Motor Cybertruck models in late 2021. The more affordable Single Motor version, however, may not arrive until 2023 as Tesla has long prioritized manufacturing its higher-margin vehicles first.