The entire version 8.0 update is said to make for a much more intelligent Autopilot experience, with Elon Musk even going so far as to say that the upcoming software update could have very well prevented the tragic crash in Florida earlier this year that saw a Model S crash into a tractor-trailer.

Along with a long list of new safety features and software improvements, version 8 of Tesla’s Autopilot software – which is set to go live this coming Wednesday – is also said to feature an intriguing UI overhaul.

Not to worry, Electrek over the weekend obtained exclusive photos of what Tesla’s next-gen software is going to look like on the dash. While the current incarnation of Autopilot was already solid, the next-version is even better. For instance, the next version of Autopilot will not just show where cars on the road ahead are located, but will also be able to show their current orientation (pictured on the right). 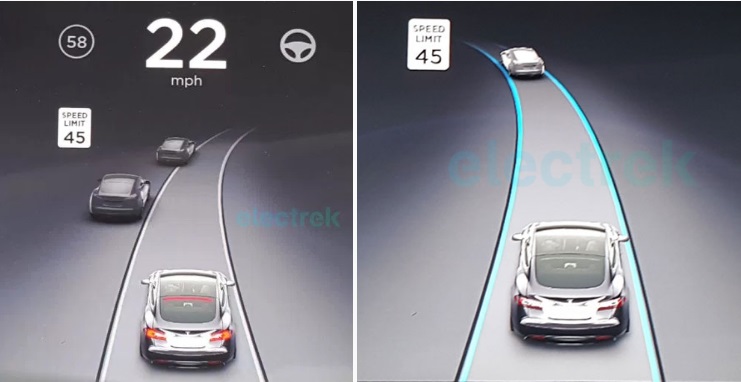 There are also some subtle changes to the overall UI, such as a more prominent display of the maximum speed limit (pictured on the right). 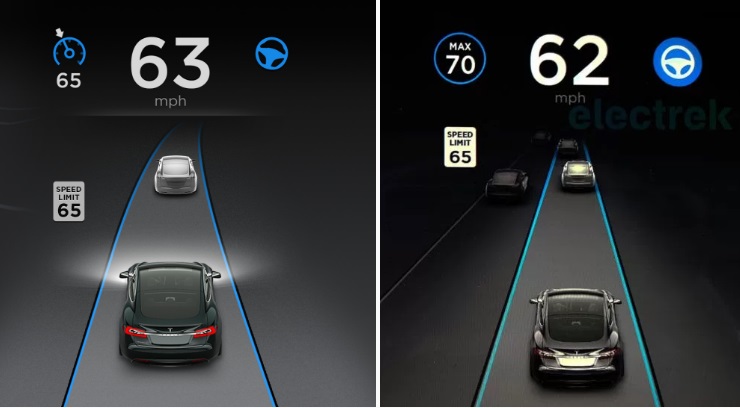 More details regarding Tesla’s impending Autopilot update can be seen via the source link below.