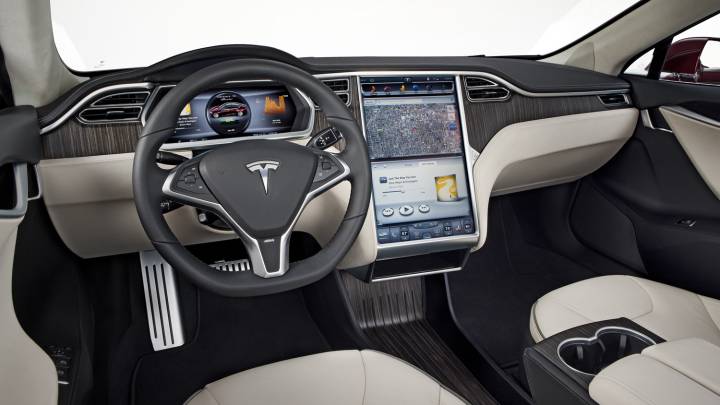 Tesla continues to change the game, pushing the auto industry away from unsustainable gas-powered tech faster than we ever would have seen otherwise. But it’s not just the general electric vehicle market where Tesla is a leader. Elon Musk’s EV giant is also at the forefront of exciting new technologies including autonomous driving.

Though the company’s fast-paced software updates are adored by fans and the tech media, Tesla has also been scrutinized for using its end user base as a mass beta test, so to speak. Those criticisms boiled over recently when Tesla confirmed that its Autopilot software was active at the time of a fatal crash in Florida. Now, the company is reportedly prepping a major update to its Autopilot software following that widely publicized crash.

Tesla’s electric cars managed to log 130 million miles without a fatal accident while Autopilot was enabled before the streak finally came to an abrupt and tragic end. Earlier this year, former Navy SEAL Joshua Brown was traveling at high speeds on a highway with Autopilot enabled in his Model S when the car struck a tractor-trailer, killing Brown on impact.

According to Tesla and the police report, the tractor-trailer was pulling out across the highway to make a left turn when the Model S struck the trailer at windshield level. Tesla noted that the car’s Autopilot system could not detect the white trailer against the glare of a sunny sky. The driver was seemingly not paying attention to the road while Autopilot was enabled; according to the driver of the tractor-trailer — who was obeying traffic laws at the time of the incident and was not issued any summonses — Brown was watching a Harry Potter movie at the time of the accident.

As we noted in an earlier report, Tesla is currently testing a major software update for the Model S that will be released soon. The version 8.0 update includes plenty of new features that you can read about here, and now a new report adds some more detail ahead of the new software’s release.

In light of the recent fatal accident Electrek reports that Tesla’s Autopilot software is set to receive a major update in the version 8.0 release. Tesla is currently beta testing the software with some Model S owners, and it’s calling this new software “the most important to its touchscreen since the launch of the Model S in 2012.”

According to the report, version 8.0 of Tesla’s software will include general improvements to Autopilot performance in traffic. It will also introduce a new feature that lets Autopilot automatically navigate off-ramps in order to exit a highway. Of note, none of the enhancements coming in version 8.0 would have prevented Brown’s fatal crash.

The report also notes that Tesla has an entirely new “Autopilot 2.0” experience in the works that employs a “new sensor suite on which Tesla can release more advanced autonomous and semi-autonomous features.” There is currently no word on when the revamped system might find its way to vehicles.