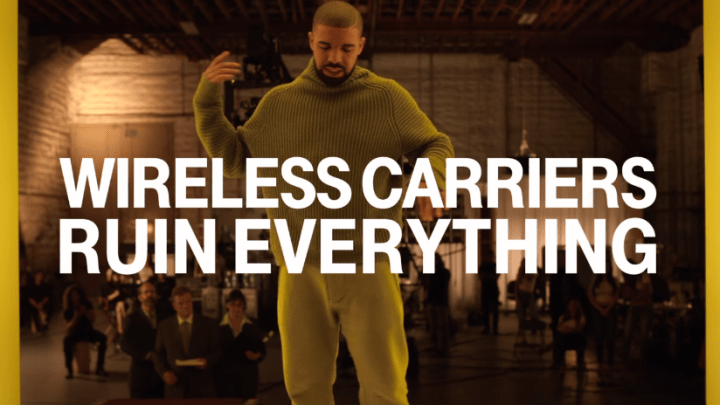 When John Legere took control of T-Mobile in 2012, the carrier was in a sorry state. Scrapping with Sprint to be the third-biggest carrier with the second-worst network, things looked bleak. Legere combined a neat underdog story with the Un-carrier branding tricks and some heavy investment in the network, and the results are clear. T-Mobile’s brand is more valuable than ever, its network is getting stronger at speed, and if things work out, it’s going to gobble up Sprint by the end of the year.

But all of this success was generated by targeting all the things that customers hated the most about cell networks. Legere’s biggest “Un-carrier” move was eliminating two-year contracts, which locked customers into one network, with a penalty of early termination fees if you wanted to jump ship early.

Technically, two-year contracts aren’t a thing any more, but other networks have been working to quietly reinstate the lock-in that they once provided. If you want to take advantage of any of the deals that wireless carriers offer these days, you’ll be buying your device over 24 months. Most carriers apply whatever discount they give you as bill payments spread out over two years, and if you leave before your device is paid off, you lose those bill payments — an early termination fee by another name.

Now, T-Mobile has earned our praise over the last year by avoiding this practice. Although T-Mobile does require that customers on its deals buy the device on an installment plan, it normally gives you the discount as a prepaid card, which is almost as good as cash. Those prepaid cards normally come a month or two after you sign up, and once you’ve got the card in your hand, you can pay off the remainder of your device payment, and you’re free of all financial shackles to T-Mobile.

But that’s not the case with the company’s newest buy-one-get-one free deals, which rolled out last week. For Samsung and LG phones, you have to buy both devices on Equipment Installment Plans, which spread the full cost of the device out over 24 months. You pay $30 down plus all applicable sales taxes (on the full value) per phone, so in some states, you could be paying $100 per device between taxes and the down payment.

A discount of $30 per month is applied as a bill credit, rather than as T-Mobile’s usual prepaid credit card. Doing it as a bill credit means that you have to keep a service line active for both devices for the entire 24 months to get the credit, which rules this deal out for anyone who only has one line on the account.

More importantly, the use of bill credits for the rebate ties you into T-Mobile for the next two years. If you leave early, you lose those bill credits, which are worth up to $700.

This might seem like a minor detail, but it’s really the return of the two-year contract by another name. It’s not nearly as bad as the two-year contracts of old — you can avoid all this by just buying your device outright — but it does restrict these (excellent) deals to customers who are willing to sign on for the next two years. You can quite easily argue that it’s the right of T-Mobile to do this — a two-year commitment in return for a free phone is a fair trade — but it’s still sad that the “Un-carrier” is quietly reverting back to bill credits and two-year commitments.